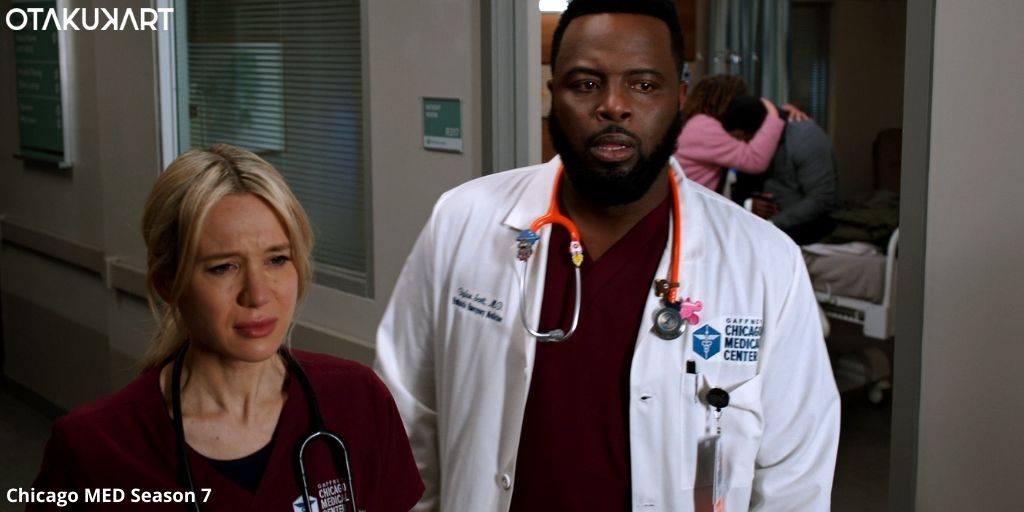 It looks like Marcel will find himself in the crosshairs with another doctor at the hospital in Chicago Med Season 7 Episode 15. While the previous episode gave us a look at Sharon setting up the compliance officer Dr. Shentu on an emergency medical case which surprised Taylor and Dr. Archer. Meanwhile, Maggie was worried about the upcoming results of her biopsy as she had cancer before too.

Whereas, Stevie found out that her mother Terri had been a patient in the psychiatric ward of the hospital for days and got furious with Dr. Charles for not informing her. On the other hand, Dr. Charles still couldn’t get the thought out of his head that his therapist Lonnie dumped him since she developed feelings for him. While Marcel tried to convince Pamela that he wanted to fix things between them after the moment when Avery found them kissing. Meanwhile, Dylan found out his old buddy Terrell had a disease from childhood.

The American medical drama which is also the third installment in the “Chicago” franchise has had an ever-growing fanbase since it first debuted on 17th November 2015. Although, with the ongoing seventh season, the fans are now eagerly waiting to watch Chicago Med Season 7 Episode 15. However, let us first check out what all went down in the previous episode. 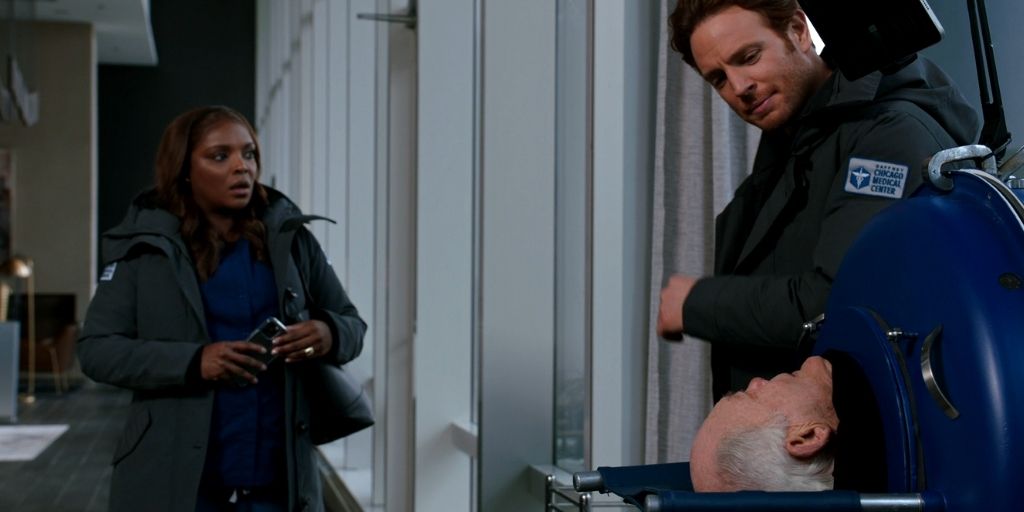 Episode 14 of Chicago Med Season 7 came out on 2nd March 2022 and was titled “All The Things That Could Have Been”. The episode saw Dr. Shentu and Sharon witnessing an accident in front of the hospital as the woman driver crashed into a concrete wall. They rushed her into the hospital and got her started on the treatment. Moreover, Sharon asked Shentu to reel in and diagnose the woman which surprised Taylor a bit. Eventually, Sharon gave the case to Shentu and asked Taylor to run the point. However, Dr. Archer found Sharon’s decision surprising and told Taylor to keep him updated about Shentu’s performance and the case. Meanwhile, Stevie and Dylan rushed in to see a patient who was found lying near Washington Park and had developed a condition in his arms that required surgery. Additionally, he turned out to be Terrell which surprised Dylan.

Later on, Dylan diagonosed him and learned that Terrell had dyslexia from childhood. On the other hand, Maggie joined Will on a medical house call to see a patient named Ellis who had been living in an iron lung since he contracted polio when he was a child. Ellis’s condition seemed to have deteriorated a bit so Will took a sample of his blood to the hospital. While Maggie stayed to keep an eye on the condition of Ellis. At the hospital, Stevie was surprised to hear that her mom Terri was in the hospital for days. She confronted Dr. Charles about it and he told her that Terri didn’t want her knowing that she was a patient there which made Stevie furious even more. Moving on, Dr. Shentu’s patient’s conditions got worse since he was following the new guidelines that he implemented. 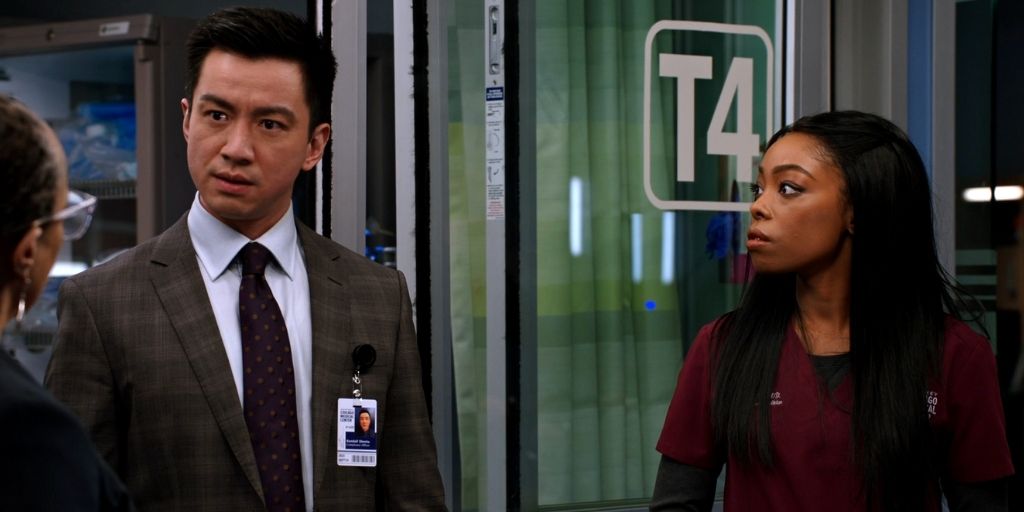 However, Archer had to eventually step in and help out stabilize the woman’s condition. Eventually, Shentu realized that the guidelines needed change and he promised to do so which was Sharon’s motive behind putting him in charge of the case. On the other side, Marcel and Pamela performed an exceptional transplant even with the ongoing tensions between them. However, Pamela thought it was better if they stayed co-workers but Marcel thought otherwise. Will managed to get medicine for Ellis in time and fix his health condition to a normal. Moreover, Maggie shared her good news that the biopsy came negative and Will expressed that he wished Stevie was staying. While Stevie learned that her mother needed to be alone and prove to herself that she could make it this time. Therefore, Stevie gave a visit to Terri and spend some time together, supporting her in the accomplishment. Meanwhile, Dr. Charles realized he too had feelings for Lonnie and expressed it to her.

“Chicago Med Season 7 Episode 15 will release on 9th March 2022 on NBC at 8 pm ET.” Moreover, the episode will be titled “Things Meant To Be Bent Not Broken”. The episode will see Marcel and Pamela dealing with an arrogant surgeon who will escalate a feud with Marcel. While Dylan will figure out his patient could be dealing drugs.

“Chicago Med Season 7 airs at 8 pm ET on NBC every Wednesday in the United States.” Furthermore, the new episodes also stream on Peacock every week. Meanwhile, the show is available to stream on Youtube TV, Amazon Prime Video, and Hulu. On the other hand, the viewers in the U.K. can watch the show on Sky. While the show airs every Wednesday on Citytv at 8 pm ET in Canada as well.