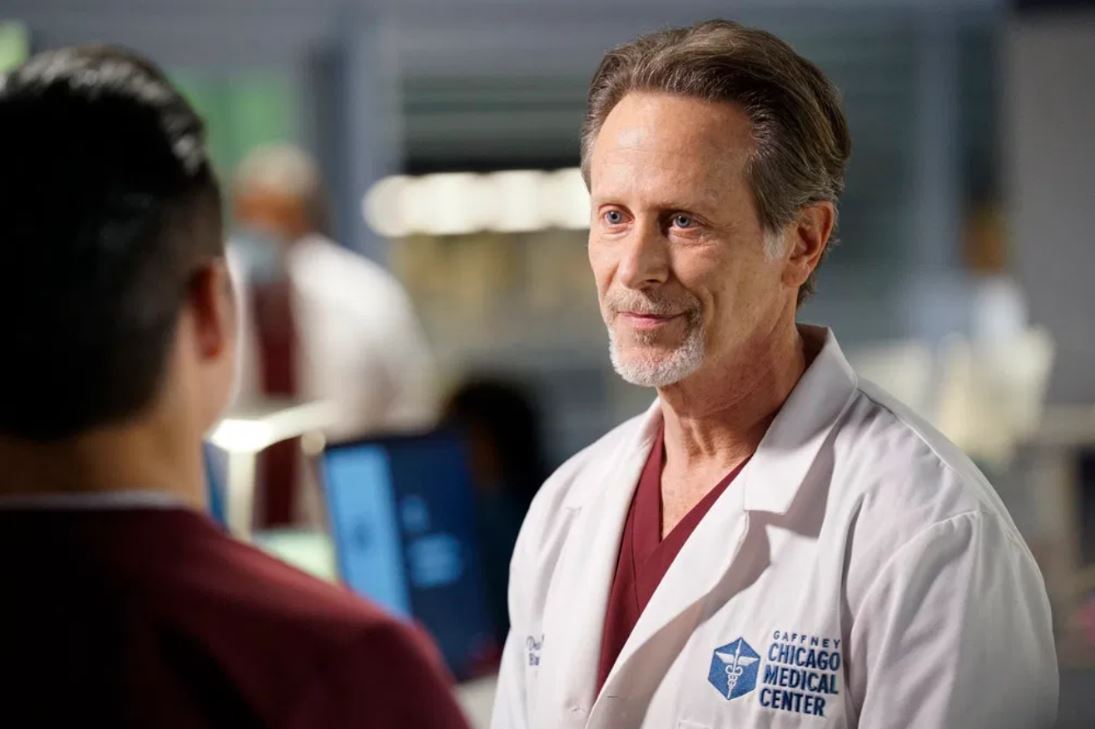 Here we talk about Chicago Med Season 6 Episode 9. Chicago Med is a Medical TV Drama that is part of the Chicago franchise by Dick Wolf and Matt Olmstead. Chicago Med Season 6 Episode 8 saw a lot regarding the relationships between parents and their children. We see Dr. Marcel deals with Natalie’s mother after she is rushed to the hospital due to heart failure. Dr. Choi faces the consequences of picking a person just for the reason of being an old acquaintance. Oddly enough, we witness some delusion as Dr. Charles deals with a woman who believes her daughter to be alive. His wife decides to let their daughter stay with him as her parenting does not seem to be working. Lastly, Maggie comes to know that Auggie was to be demanded adoption so that he could live with his brother.

Chicago Med Season 6 Episode 8 titled “Fathers and Mothers, Daughters and Sons” is quite a hectic one with multiple complex storylines. Natalie’s mom is found passed out on the floor as they were about to leave for the airport. She had a heart attack and was rushed to the hospital. Here, Marcel suggests making use of an LVAD device. Will feels like they should do a clinical trial on her and for this Natalie must explain the procedure to her mom, Carol. Nat later apologizes to Marcel for her clouded judgment as she must make the best decision for her mother’s life. If we remember, Dr. Ethan Choi rescued his old Navy mentor. And now he heads recruited him to join ED. But, he soon starts undermining Choi which annoys April.

Elsewhere, a woman enters the ER with an unresponsive baby. On checking it out, the baby was actually just a doll. DRM Charles believes that the woman has some sort of delusion. She had a partial fracture in her head from a fall maybe a year ago. To help her from her delusion, Maggie tries to reach her ex, Blake. They try and instill the truth with her that her daughter Sarah had passed away. Dr. Charles learns that even after losing the case to his wife, his daughter can stay with her. Lastly, we get to know about Maggie’s last and how she had a baby give up for adoption when she was 16. And now, Auggie was her only remaining child which she does not want to give away.

Chicago Med Season 6 Episode 9 titled “For the Want of a Nail” is set to be released on 17th March 2021. The episodes by Chicago Med release at 8 pm ET every Wednesday. Make sure to change the above time to your local time zone to watch the episode when it airs. You can watch the episodes by Chicago Med when they air on NBC. Or you can later even stream them on NBC’s website, CityTV, Hulu, Peacock TV, and YouTube TV. The previous seasons of the show are also available to purchase on Amazon Prime Video.

Chicago Med Season 6 Episode 9 titled “For the Want of a Nail” will focus on Natalie Manning. She is still dealing with her own struggles. But, as she does so, she simultaneously continues helping others, which in this episode, happens to be a mother in need. Her strength provides her great appeal and therefore, she has become an integral part of the story. Elsewhere, we will even get to see more of Steven Weber as Dean. He will continue to cause problems with more than one doctor. It is unknown to the viewers as to how Dean will contribute to the long-term fabric of the show. Finally, we will see a special case of a patient who arrives at Med for immediate treatment but refuses it to be done by them.

Chicago Med Season 6 Episode 9 will be the penultimate episode before the show goes on hiatus. The show will return later and it is pretty evident what is going on here. NBC has been trying to stretch out the season until May as the number of episodes was affected by the pandemic restrictions. All we can hope is that future episodes provide some big character revelations along with progressive story development.

What To Expect From Taskmaster Season 11 Episode 1?

Will There Be Love Marriage and Divorce Season 2?