The viewers are looking forward to the release of the Chicago Fire Season 10 Episode 8 after the events of the previous episode. The previous once again brought in a lot of excitement and thrill to the viewers. That is why they are eager to know what will happen next in the show. The American television series follows the genre of drama and has been hugely popular among the audience in the United States. Moreover, the show has garnered quite a fanbase all around the world as well.

It first came out on 10th October 2012 and managed to impress a lot of viewers. The pilot episode of the show managed to get a viewership of over 6.5 million, and that too was only in the United States. Furthermore, the show gained traction and became more popular as the series progressed. One of the prominent reasons behind the success of the show could be the name of Dick Wolf. Dick is one of the most popular television producers who are also famous for creating various television show franchises.

“Law & Order” is one of the most popular and old television franchises that Dick Wolf had created. However, he is the executive producer of “Chicago Fire,” whereas Derek Haas and Michael Brandt have jointly created the show. Michael and Derek are also the executive producers along with Danielle Gelber, Arthur W. Forney, Peter Jankowski, Joe Chappelle, Michael Gilvary, Reza Tabrizi, Todd Arnow, and Andrea Newman. The tenth season of the show has been going quite well, even after the departure of a major character early on. That is why the viewers are now eager to watch Chicago Fire Season 10 Episode 8. However, let us first take a recap of the previous episode. 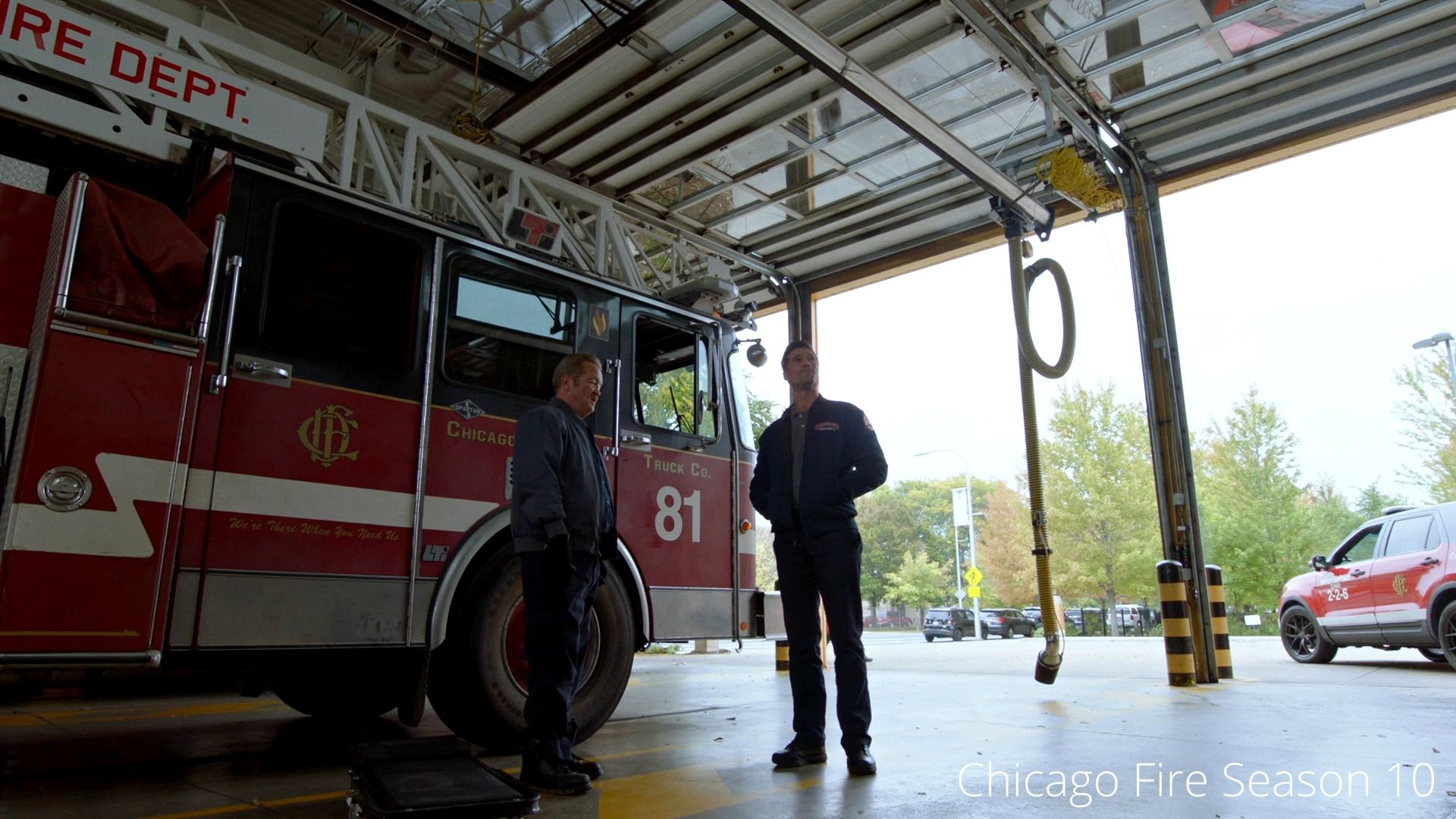 Episode 7 of Chicago Fire Season 10 came out on 3rd November 2021. Furthermore, the episode was titled “Whom Shall I Fear?” The episode began with Kelly and Seager continuing their investigation on the man who tried to kill father Anthony by burning him to death. They go to sister Montclair once again to ask some more questions that would get them something related to the arsonist. On the other hand, a new lieutenant named Jason Pelham joins station 51 in place of Casey.

Soon they receive an emergency call and go to a factory to rescue a man. However, Gallo and Pelham don’t seem to get along with each other during their first-ever mission together. Jason even makes it clear to Gallo that he won’t let him take risks as he is not Casey. On the other hand, we see Britt was excited that she would be meeting Casey soon in Oregon and was counting the days left to visit. Meanwhile, the station gets a false alarm from Saint Dominic’s church which feels a bit odd.

However, the next time they get a call from the church, the chief orders the crew to check if anything is off inside the church. Although Kelly and Seager have discovered who the arsonist is, and his name is Larry Muller. Kelly arrives at the church as well and informs the chief that Larry has got a bomb in a van. The next thing we see is Larry activates the bomb with him sitting inside the van. However, no one is hurt. At the end of the episode, we see the chief announcing that Pelham will be staying a little longer. Meanwhile, Gallo and Pelham finally get along. But Herrmann has his doubts about Pelham that Mouch agrees to as well.

“Chicago Fire Season 10 Episode 8 will release on 10th November 2021 at 9 pm ET on NBC.” In addition to that, the episode will be titled “What Happened At Whiskey Point?”. The previous episode introduced a new character that has got the fans excited as they wait for the next episode. The next episode will once again get interesting as we will see the crew get in action. However, Gallo and Pelham will again get off on the wrong foot as Gallo will not follow Pelham’s order. Therefore, stay tuned for the episode releasing on Wednesday.

The ongoing season of the drama series has got the fans hooked and excited. That is why they are wondering about where to watch Chicago Fire Season 10? That question has quite a simple answer to it. “Chicago Fire Season 10 comes out every Wednesday with a new episode on the NBC television network at 9 pm ET.” In addition to that, the season is also available on the official website of NBC. Furthermore, the viewers can watch the episodes on Hulu, Youtube TV, and Amazon Prime Video as well. So go ahead and binge-watch the episodes if you have not already.