The viewers are eager to watch the next episode that is Chicago Fire Season 10 Episode 7. This is because of the events that took place in the previous episode of this season. The American television that first came out in the year 2012 on 10th October garnered a huge fanbase within a short period of time. Since then, the show has been growing at a very good rate and attracting more audiences each year. The storyline and the characters of the show have also been one of the major contributors to the success of the show.

The popular television producer Dick Wolf has his name behind this series and the other spin-offs of this series as well. His production company Wolf Entertainment runs the “Chicago” franchise that consists of two other popular tv shows titled “Chicago PD” and “Chicago Med”. Both of these shows are spin-offs of the Chicago Fire and have been very successful as well. However, Dick Wolf is also popular for creating the “Law & Order” franchise as well which is also hugely famous around the world.

Coming back to Chicago Fire, the American television series follows the genre of drama. Meanwhile, the creators of the hit show include Derek Haas and Michael Brandt. Furthermore, they are also the executive producers on the show as well. Moving on, we have the cast of the show that includes Taylor Kinney, Kara Killmer, Miranda Rae Mayo, Alberto Rosende, Hanako Greensmith, Daniel Kyri, and many more. Other than that, we have seen a lead actor named Jesse Spencer leave the show recently. That is why the fans are looking forward to seeing how things move ahead in Chicago Fire Season 10 Episode 7. However, let us first take a recap of the previous episode. 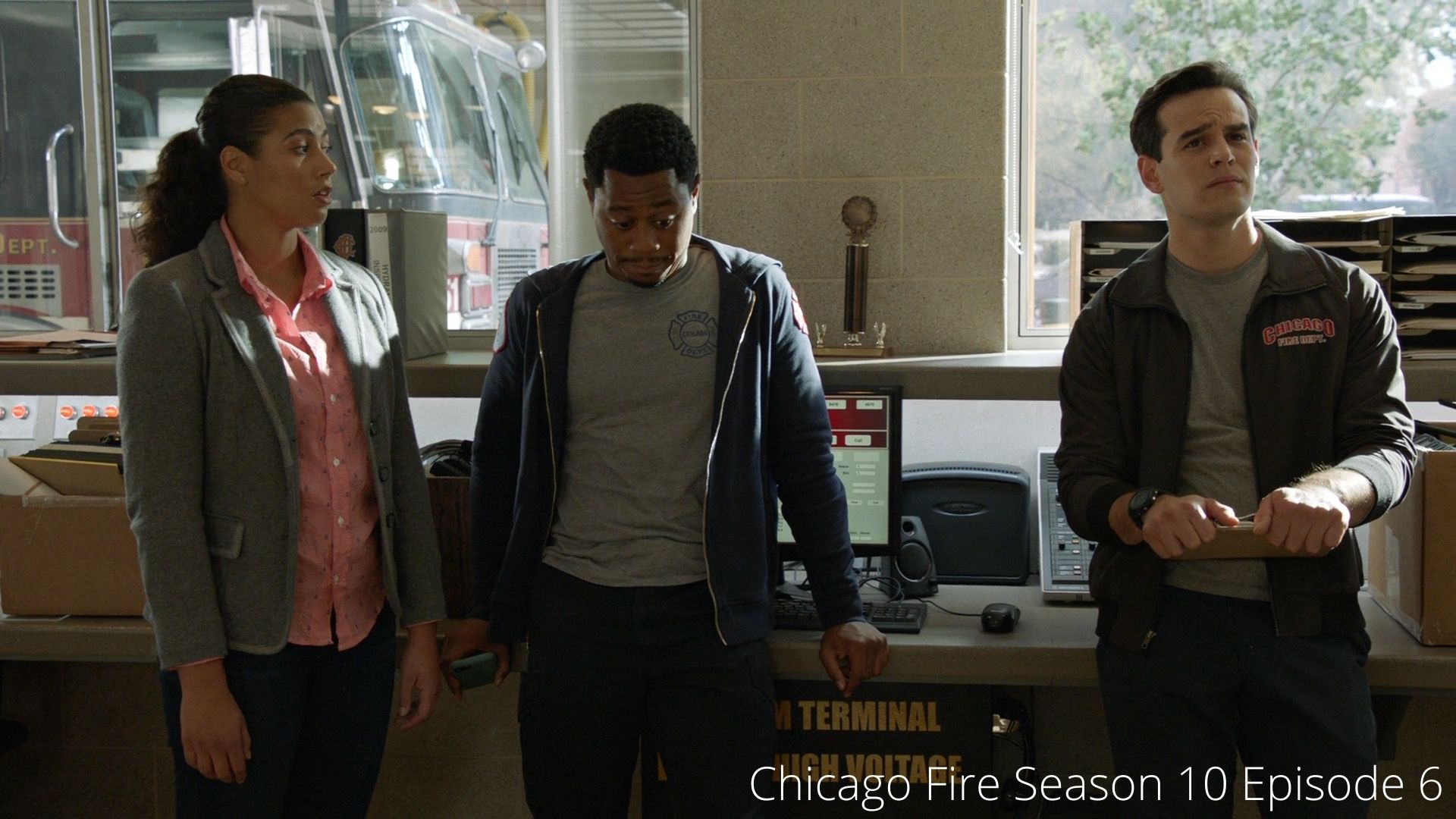 Episode 6 of Chicago Fire Season 10 came out on 27th October 2021. Furthermore, the episode was titled “Dead Zone”. The episode began with Britt sad about Casey leaving Chicago and moving to Oregon. However, she soon got to work when Firehouse 51 received an emergency call. However, things got strange when other Firehouse stations also arrived at the same call. Later on, they learned that the 911 emergency call center had been hacked, and there was no one to attend to the calls of the city.

This got Firehouse 51 worked up when the Cheif told them that they had been appointed as the main call dispatchers for the time being. Mouch and Herrmann took charge to manage the young firefighters and teach them the old ways about how to handle the situation. There was also a moment when they nearly missed an emergency situation. But they eventually handled it. On the other hand, we saw Britt freak out throughout the day after she lost her phone earlier during the emergency run.

Meanwhile, Kelly went on to investigate the church case when his old friend Seager joined him. They went to question father Anthony about the fire, who must have caused it. However, they did not get any certain suspect when all the leads kept leading them to dead ends. However, things got serious when Kelly saw the suspect escape after setting father Anthony on fire. So he decided to save father Anthony first. Meanwhile, Firehouse 51 succeeded in managing the 911 calls for the day, and the main 911 call center came back online. In the end, we saw Britt get her phone back, and then she listened to Casey’s voicemail. He told her that they would make their relationship work, and he loved her.

Chicago Fire Season 10 Episode 7: When Will It Release & What To Expect?

“Chicago Fire Season 10 Episode 7 will release on 3rd November 2021 at 9 pm ET on NBC.” The last episode got the fans quite excited even though Casey had recently left the show. Therefore, they are looking forward to the release of the next episode. Furthermore, the episode will be titled “Whom Shall I Fear?”. The next episode will get even more interesting when Kelly will move ahead with the Church fire case. They will learn that the suspect is planning something big and bad. So stay tuned to find out what that is on Wednesday.

The latest season of the drama show has been keeping the fans intrigued. That is why they are searching about where to watch Chicago Fire Season 10? We have a simple answer to that question for the fans and viewers. “Chicago Fire Season 10 airs every Wednesday on the NBC television network at 9 pm ET.” Other than that, the season is available to stream on Amazon Prime Video, Youtube TV, and Hulu as well. Therefore go ahead and stream the show if you have not done that yet.

Vicky Pattison Engaged: Is She Secretly Married To The TOWIE Star?

Vicky Pattison Engaged: Is She Secretly Married To The TOWIE Star?