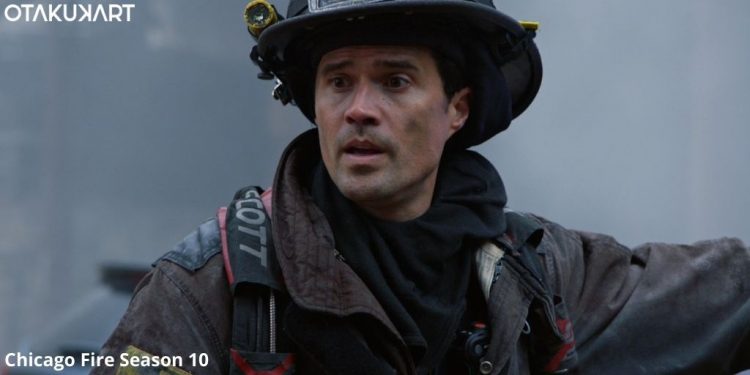 It looks like Pelham will come under suspicion for risking another firefighter’s life in Chicago Fire Season 10 Episode 11. Meanwhile, the previous episode ended with Chief Boden hearing a negative word about Pelham. On the other hand, the show literally returned with a bang after the winter holiday break when it brought back Stella Kidd to Firehouse 51.

Although, things did not seem to be the same between Severide and Stella. Severide was definitely upset and disappointed with the way she left him with any explanation or anything for that matter. Therefore, seeing her back suddenly was a lot to take in for him. Meanwhile, the episode saw the firefighters getting out to stop a dangerous fire inside a tunnel. It got even more dangerous due to the presence of hazardous chemical containers that were on the brink of blowing up the tunnel anytime.

But the question was, did the team control the situation, or did the tunnel blow up? The American television drama is one of the most popular primetime television shows out there. Furthermore, the number of seasons also state the fact that the viewers have appreciated the show since it first premiered on 10th October 2012. After all those successful runs, the show is now in its tenth season, and the viewers are eager to watch Chicago Fire Season 10 Episode 11. But first, let us take a look at the events of the previous episode before we discuss the release date of the next one.

Episode 10 of Chicago Fire Season 10 came out on 5th January 2022. Furthermore, the episode was titled “Back With A Bang” and the episode did open with a bang when Severide saw Stella in his apartment. She had left him and the firehouse without any explanation which was a shock to Severide. However, she assured Severide that she never left for anyone else and only loved him. Whereas, the next day, she joined Firehouse 51 after apologizing to Cheif Boden for stepping away from the position of Lieutenant that eventually went to Pelham.

Soon, 51 got a call about a serious fire that had spread inside a tunnel, and people were trapped inside. The team eventually got everyone out safely. However, things started to get out of hand as there were several potassium containers that were heating up and could blow any minute. Boden asked Herrmann to keep the containers cool and keep the water away from the chemical. Otherwise, the reaction would cause an explosion. Whereas Ritter went ahead to save a young police officer named Dillon, who was traumatized after not being able to save a truck driver who burnt to death. Meanwhile, the fire extinguishers arrived just in time, and the team stopped the fire before the potassium caused an explosion.

At the station, Ritter asked Mouch to get some information about officer Dillon as he would like to see if he was fine. Later he got a note from Dillon that worried him, and he rushed to his apartment. Ritter talked to Dillon and shared his story about his first fire that almost made him leave the job. The conversation eventually helped Dillon, and he decided to stay in the police force. On the other hand, we saw Stella trying to spend time with Severide. However, Severide was a little distant from her. So she talked to him about the unusual gap between them and Severide. Eventually, in the end, Severide told her about his doubt and asked her whether she was still ready to marry him, to which she had no answer.

Also Read: Who Is Taylor Kinney Dating? All About The Chicago Fire Star!

“Chicago Fire Season 10 Episode 11 will release on 12th January 2022 at 9 pm ET on NBC.” Moreover, the episode will be titled “Fog Of War”. We will see the team trying to control the situation where there are live wires on the street. Although, a firefighter will get hurt in the situation. Furthermore, the blame will fall on Lieutenant Pelham when the firefighter says that it was his call. So stay tuned to find out what happens.

The first installment of the “Chicago” franchise is grabbing attention with its ongoing season. That is why the viewers are eager to know where to watch Chicago Fire Season 10? That question has a simple answer to it. “Chicago Fire Season 10 airs every Wednesday at 9 pm ET on NBC in the United States.” Moreover, the latest episode is available to stream on Peacock the next day. Meanwhile, the show is available to stream on Amazon Prime Video and Hulu. In addition to that, the show is also available to watch on Youtube TV.

Also Read: Why did Severide and Brittany Break up in Chicago Fire?