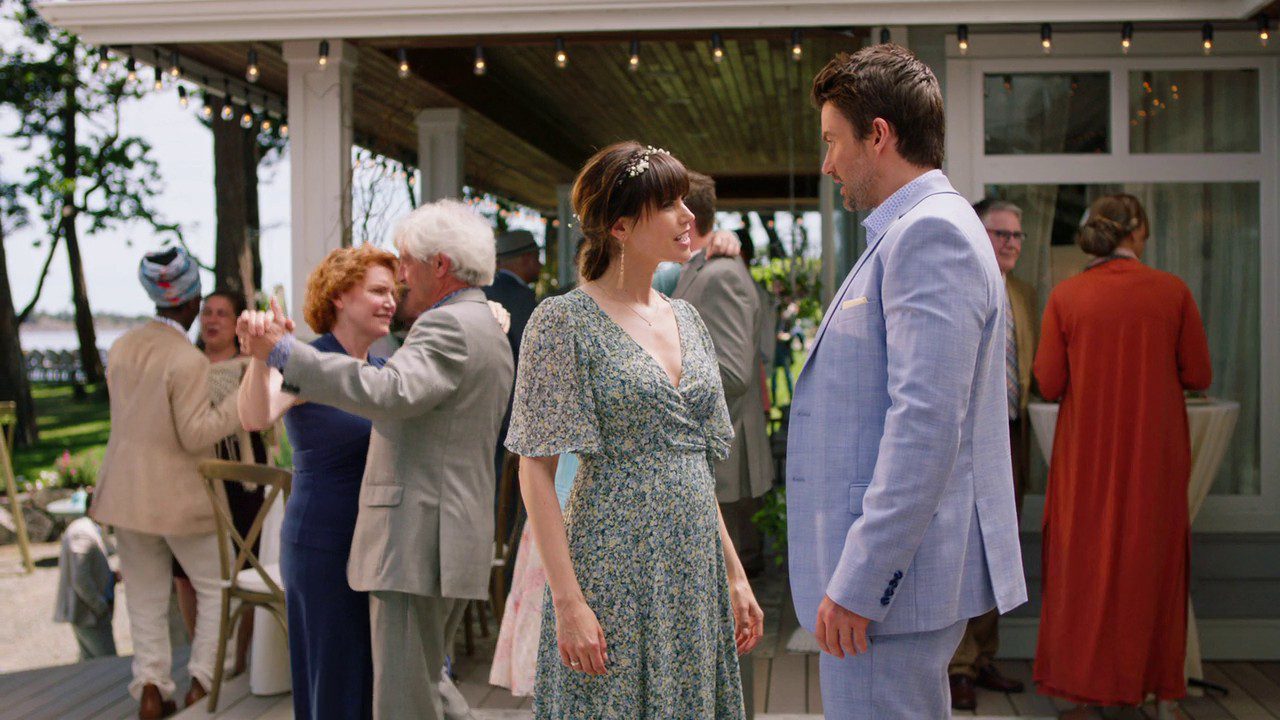 Chesapeake Shores Season 5 Episode 7 may see Evan realizing what it really means to be part of somewhere you belong. He will be surrounded by people who care about each other and will always be there for each other. Recently on the show, it was a build-up to Jess and David’s wedding. Everyone was looking forward to it and preparing themselves for it. Jess on her side was working more heavily especially with the dreams she was having. She was so much worried about them, she decided to stay all night woke trying to avoid them a day before the wedding.

Apart from that, we saw Bri finding herself in a love triangle. She is obviously into Luke but when Jerome ends up kissing her things are kept on pause. Furthermore, she finds herself crossing paths with both of them at the wedding. Lastly, Evans and Abby were at crossroads when Evans kept following her around until a strike came following in. Also, a few problems that may hurt their friendship. Let’s break down everything that happened recently on the show.

Previously on Chesapeake Shores, Jess wakes up from another nightmare about her wedding. This time she sees the earth swallowing David on the altar. She later recounts the same David as well. Meanwhile, it’s been weeks since Connor left his dream job. Mick and everyone notice the fact that he might be struggling to look at his clothes. He has changed them since he left the job. Connor later freshens up with new clothes. Mick still asks him if he really has moved on from his dream job. Connor answers by stating it was a just matter of time before he realizes the place was not for him. 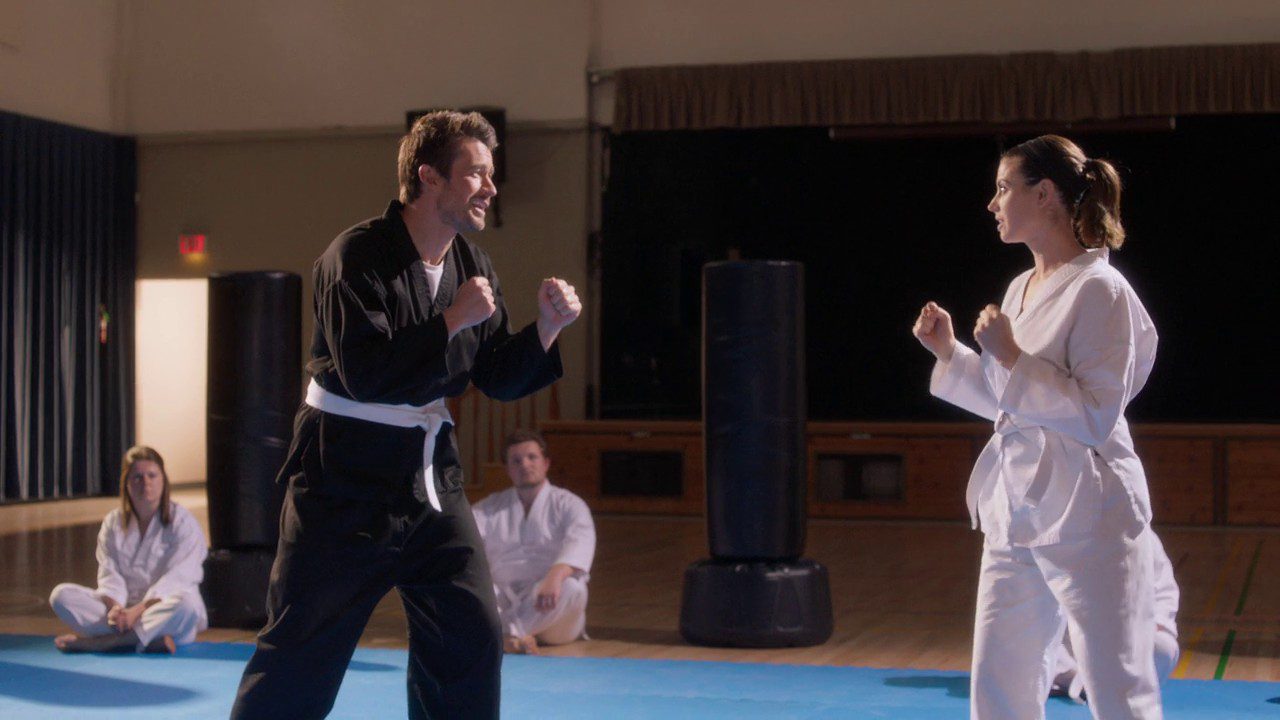 Evans continues to drive Abby crazy as he joins her at the Taekwondo class only to be kicked into the face. Again at the office, Abby realizes he is upset with the fact that she kicked him. Soon an argument leads to Evan walking away. Moments later an archeologist stops by the office suggest there may be a historical discovery under Evan’s building. Abby now comes in front of another problem that may upset Evans even more.

Meanwhile, Luke and Bri connect with each other on the love of their books. She also later meets Jerome and ends up finding someone to go with to Jess and David’s wedding. Also, an unexpected kiss from Jerome comes along. She later retells the kiss to Abby to which Abby asks if she liked it. The answer is no but now she has invited him to the wedding. Although it’s Luke who she likes. On the other hand, Kevin ends up inviting Luke to the wedding. 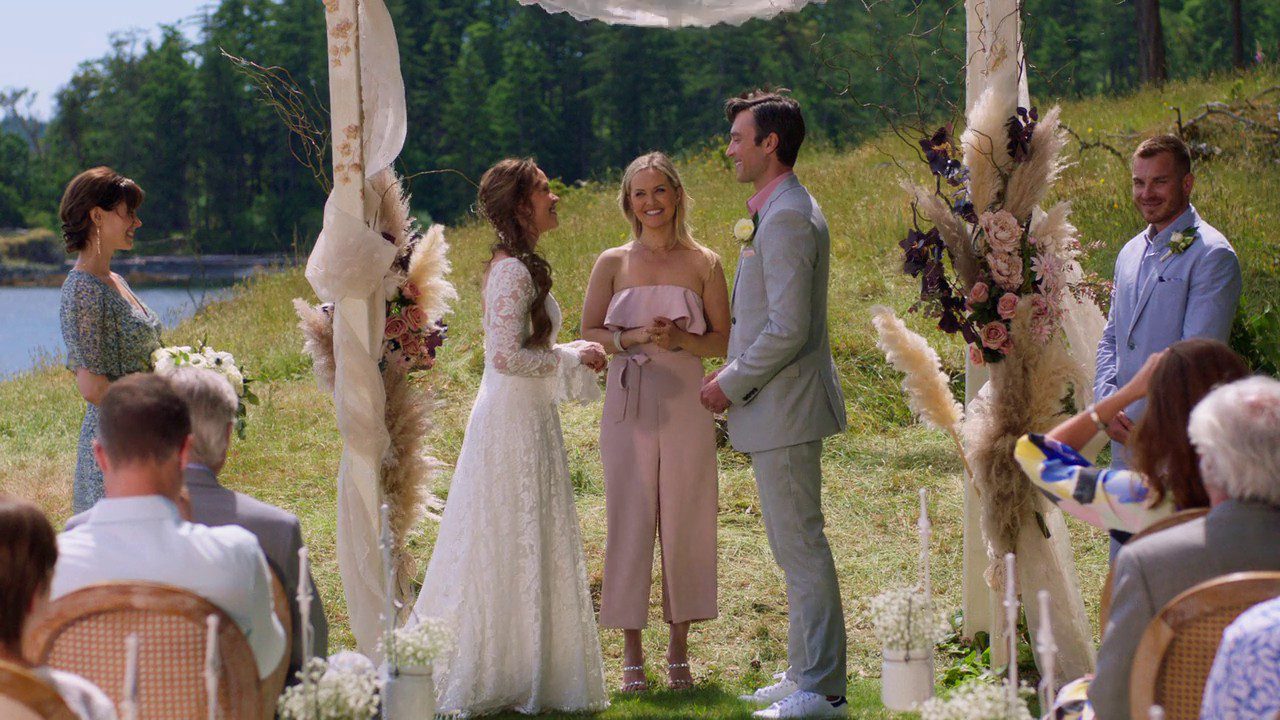 Towards the end of the episode, the dreams of Jess have continued. So she decides to tell them out in the open to everyone. Also the decision to stay awake all night to avoid those dreams from coming true. Evans meets Abby with gifts and as Abby tells about the excavation, he says he will think about it. The wedding goes smoothly for Jess and David. Jerome apologizes to Bri for kissing her but later is heartbroken to see her dancing with Luke. Similarly, Jay ends up asking Abby out and Evans apologizes to her for his behavior but anyway he is pulling out of the project.

Chesapeake Shores Season 5 Episode 7 is titled, “What’s New?”. The official synopsis of the episode says we are in to see Evan finding himself in pain in his back. This results in him calling a day off as he looks to recover before starting work again. In these few days, Evan stays at the O’Brien and learns the meaning of family even leaving Abby surprised to look at him.