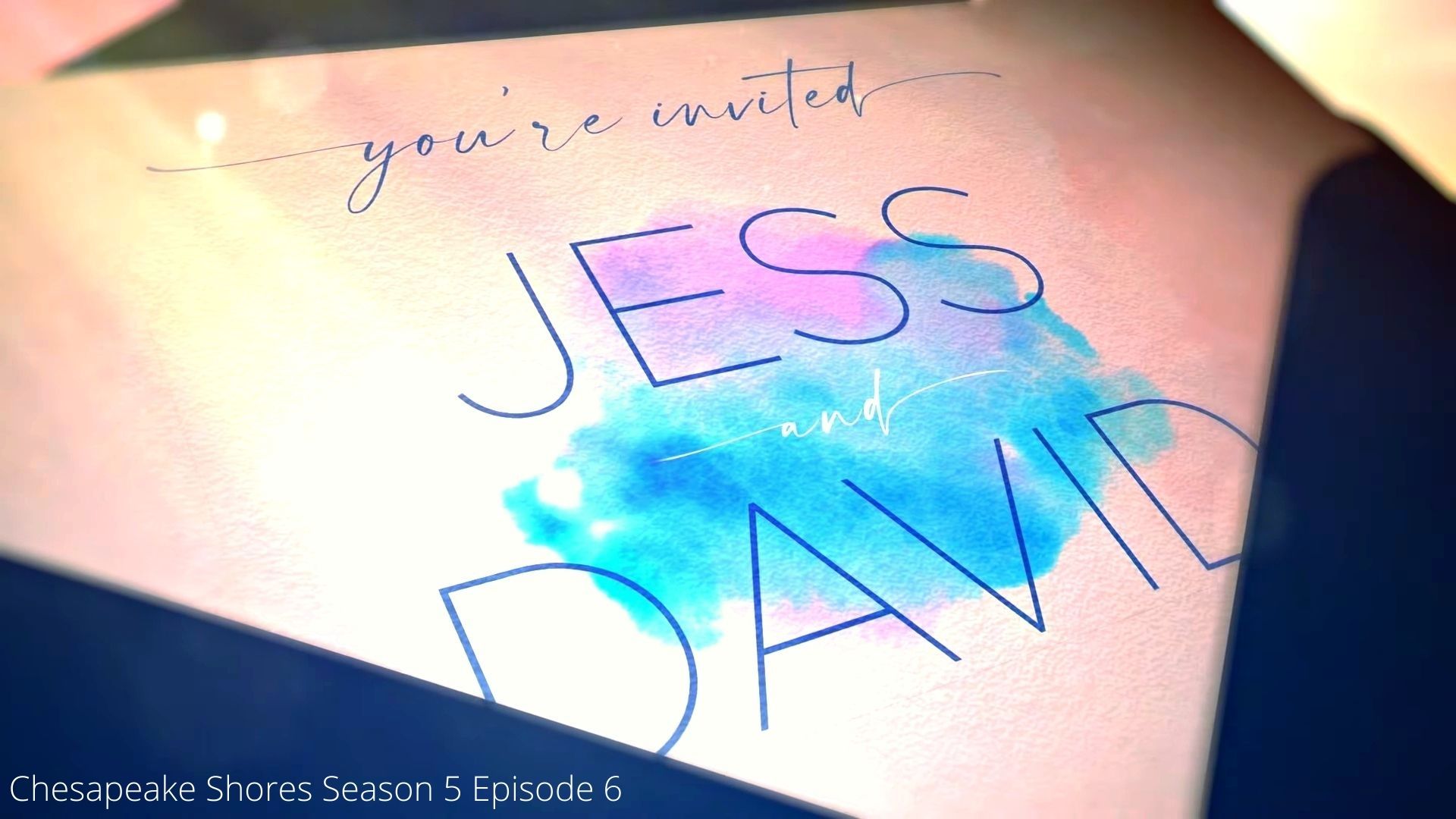 The fans are very much excited for the release of Chesapeake Shores Season 5 Episode 6. The upcoming episode is going to bring in a lot of fun and drama as well. A big wedding is coming up in Episode 6 as well that will bring along a feeling of joy among the fans. However, to get more into the upcoming episode, we need to first have a look at Episode 5. This episode brought a lot of drama and emotions along with it. Although, that is something the audience would expect from a television show like this. The American television series is based in the drama category of shows and has taken inspiration from a novel.

In addition to that, the famous novel that has the same title as the series was written by Sherryl Woods. She is a very popular American writer who has gained a lot of fame for writing over a hundred romance novels.

The well-known producer and writer John Tinker have developed the show along with Nancey Silvers. Furthermore, the series has been produced under the banner of Chesapeake Shores Productions Inc and Borderline Distribution. Chesapeake Shores gained a lot of popularity since it first premiered on 14th August 2016. The show managed to impress a large number of viewers with its lovely storyline. In addition to that, the characters of the series also impressed the audience a lot. Furthermore, the show even impressed the critics and has received a ton of positive reviews as well. It currently has a rating of 7.5 out of 10 on IMDB, which is rather impressive, to be honest. We are currently waiting for the release of Chesapeake Shores Season 5 Episode 6. Although, let us take a recap of Episode 5 first and find out what happened. 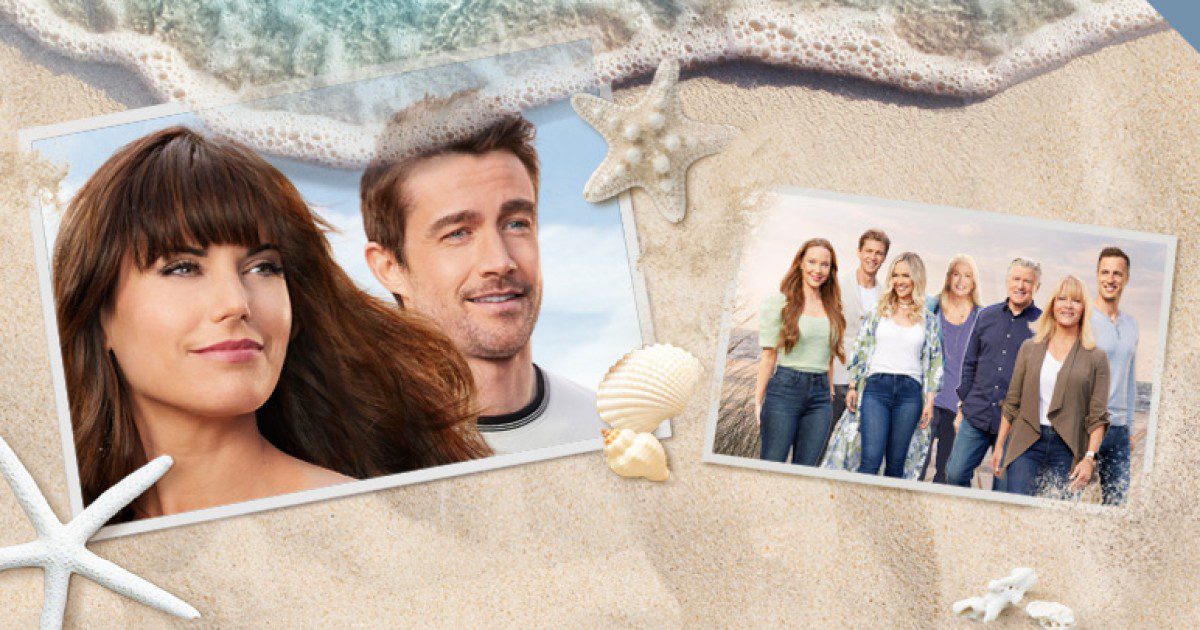 Chesapeake Shores Season 5 Episode 5 released on the television screens on 12th September 2021. The episode is titled “They Can’t Take That Away From Me” and went live at 9 pm ET on the Hallmark Channel television network. The episode opened up with the ongoing celebrations in the town on the eve of Chesapeake Shores Day. It was all looking lively and good for our characters, but soon a piece of bad news kicked off the episode.

Mick O’Brien learns that Paul Dilpher is suing him for fraud. However, what is even more shocking is that Connor’s firm is backing the lawsuit. The father and son duo discuss the matters at home. Conner explains to him how the firm is keeping him away from the Dilpher case. However, he adds that he has proof that Dilpher forged Mick’s signature on various occasions. On the other hand, we see Evan Kincaid moving in at Jess’ B&B. However, things seem to take a rather awkward turn when Evan tries to spend more time with Jess and her fiance David. 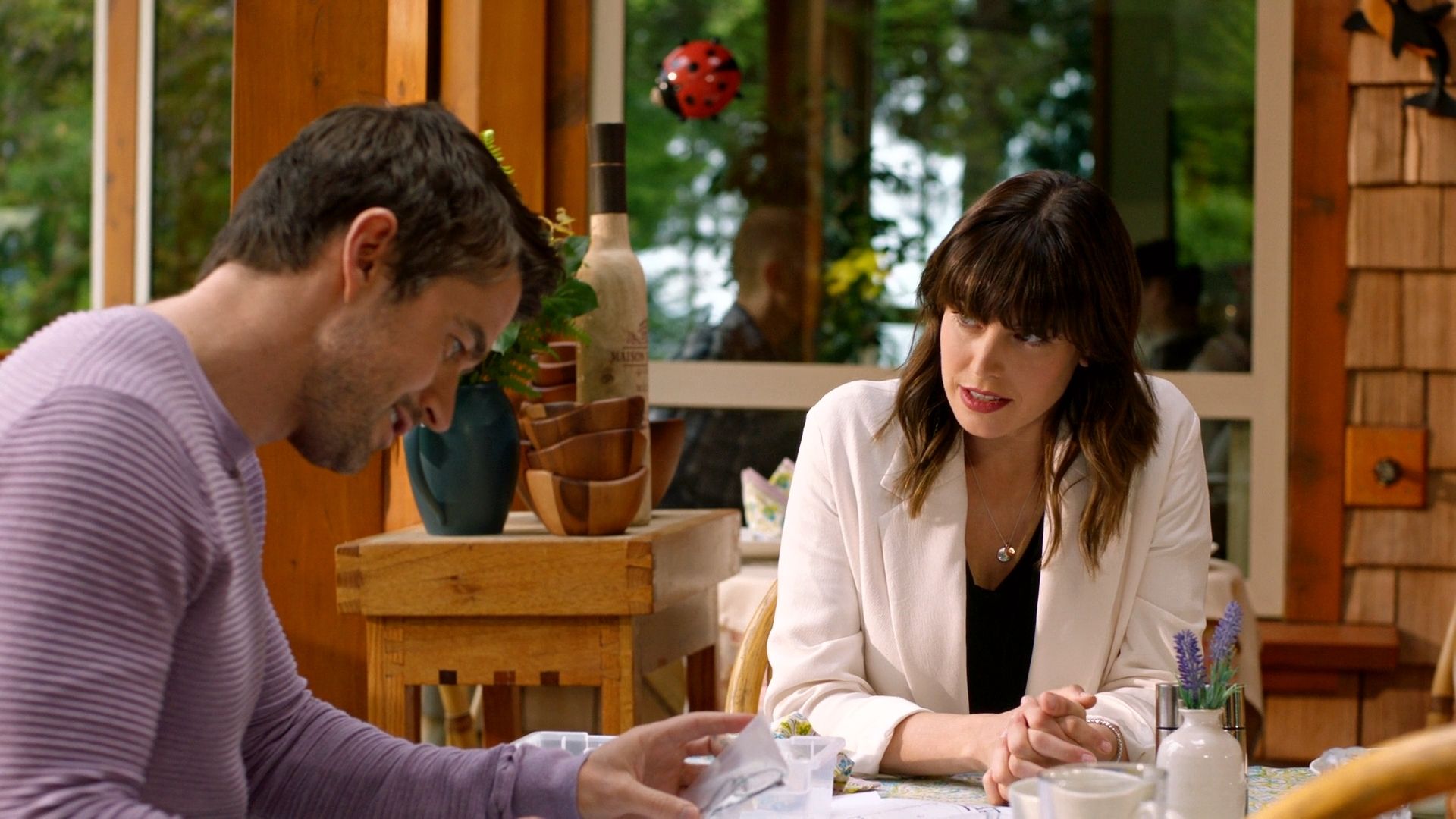 A still from Season 5 Episode 5

Although it is later revealed that Evan never had a family, so he felt more at home while staying with Jess and David. Meanwhile, we learn Sarah and Kevin are trying to have a baby, but Sarah learns that she has some serious complications. This breaks her heart as she thinks that she won’t be able to become a mother. Meanwhile, at the firm, a paralegal named Margaret gives a hint to Conner that other colleagues might be going through his personal documents.

What Happened To Mick O’Brien’s Lawsuit?

Conner and Abby try to find a way to help their father win the case. Furthermore, Conner gets an idea from Margaret about how to turn things around in his father’s favor. On the other hand, we see Sarah and Kevin go to consult another doctor for a second opinion. Things get a little easier for Sarah when she finds out that her condition might not be too serious. At the same time, Jess and David have a conversation about Jess not being sure about wanting to have kids. However, David eases Jess later when he says that he will be with her no matter what she decides. 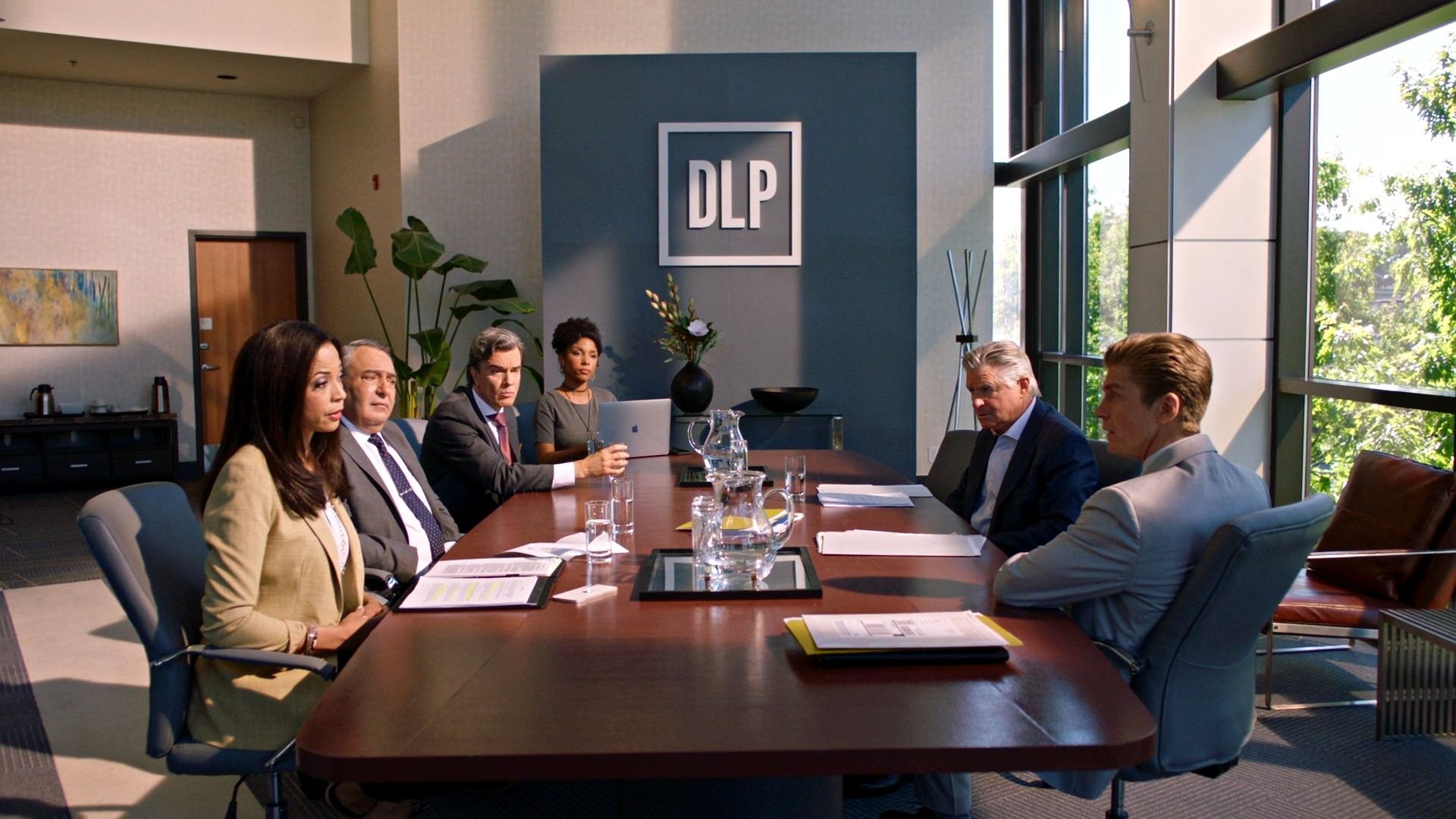 Whereas at the deposition, Conner joins his father, saying that he is there to just observe. Mick presents his offer to the firm that he will forget it all if Dilpher signs an apology to him. The firm presents a personal letter from Conner’s locker that states Mick being guilty. However, Conner planned it all and placed that letter himself so catch them red-handed. He shows the original copy with a second page of the letter. The second page states something completely out of context that has nothing to do with the case. Conner then presents other proofs against Dilpher and quits his job then and there. Mick wins the case and feels so proud of his son’s capability of being a tremendous lawyer.

Chesapeake Shores Season 5 Episode 6 will be released on 19th September 2021. The episode will be titled “Love is Here to Stay” and will go live at 9 pm ET on the Hallmark Channel television network. The episode is going to focus on the wedding preparations and celebration of Jess and David. In Episode 5, we see Jess announcing Abby as her maid of honor, whereas she gave the honor of officiating her wedding to Bree.

However, things are not going to be so easygoing for the family. We will see Jess trying to calm everyone before the preparations, but she will panic herself. Meanwhile, Abby and Evan will get into an argument that might not be good for the upcoming project. However, we have seen Abby and Evan having their flirtatious moments here and there, even though they might not realize it yet. So who knows, this argument might lead to something more in the long run as well. Therefore, Chesapeake Shores Season 5 Episode 6 will be another great episode to watch. Those wanting to watch the show from outside the United States have other streaming options. The show is available to stream on Amazon Prime Video and Netflix as well, with all the seasons and episodes in the series.