Chesapeake Shores Season 5 Episode 2 may continue the trip of Abby recovering from the time she and Trace parted ways. For the recent episode though, while all the storylines about the other characters were building up. It was Abby who was sidelined for a bit. Everyone wanted to know if she was alright and wanted to support her. But Abby kept silent throughout the episode run and processing things herself. There were times she hallucinated about Trace. Anyway, she grabbed the courage to open up towards the end of the episode at dinner and everything she felt.

Now the coming second episode may continue the same process with Abby taking bigger steps. While the premiere episode of Chesapeake Shores sidelined her, the coming arc will be hers to shine. Also keeping the grief aside, we may see her getting more involved in other activities. So before we completely move towards Chesapeake Shores Season 5 Episode 2, let’s break down what happened previously on the show. Right from Bree’s new university job to David and Jess meeting David’s parents at the dinner to tell them about their wedding plans.

Previously on Chesapeake Shores Season 5, we opened up with Bree’s unexpectedly early return from England. That too right in the middle of the decorations for her return. Anyway, though, the sisters catch up. There are plenty of things Bree takes a note of including Abby and Jess’ parents getting close as well as Tracy focusing on herself. On the other side, there are chances Sarah may be pregnant and Kevin is all pumped already before confirming names. Thus, throwing baby names and whatnot. At work, Linda praises Connor for his work and introduces him to a colleague Margaret with whom he shares a lot of things. Bree has been offered an amazing teaching opportunity but the presence of her nemesis Jerome there concerns her a little. David and Jess later prepare themselves to tell their parents their wedding plans and hope everything sorts out the way it should. Abby receives much-needed advice from her mom as she was rethinking Trace’s decisions. After a long while, Mick and Kevin start connecting with each other well as they share their family plans. The talk encourages Mick to approach Megan. Kevin on the other hand faces a not-so-friendly mate from the high school.

Following her mom, it’s Jay who comforts Abby. At the dinner of Jess and David and David’s parents, both of them share their wedding plans with them. Luckily David’s parents have no problem with them marrying at their own house. Meanwhile, Mick’s move pays off as he takes Megan on dinner. That was until Dilpher and his wife show up and Dilpher brings up the scandal they are involved in. Thus leading to an argument with Mick and Megan leaving. 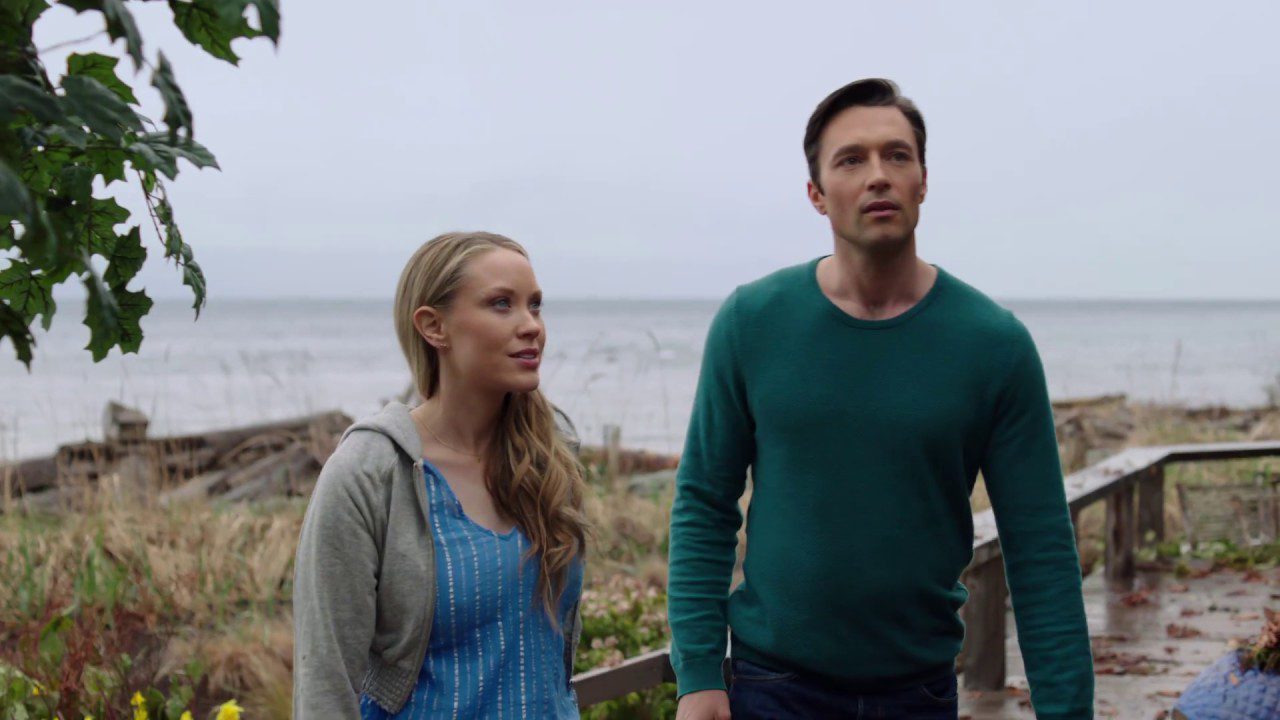 Bree, Kevin, and Connor enjoy at the bridge with Abby later coming as she stops by and later goes for a drink at the bar. The memories of Trace continue. The next day at the Dock, as Margaret shares her views on unfair wage discrimination, David’s parents strike a conversation with Mick about the wedding and wanting to change David’s mind. Connor’s Boss will represent the man who threatened Mick. The episode ends with a good family dinner by everyone confessing what they kept inside. Right from Bree’s university job to Abby confessing what she feels post the breakup.

Chesapeake Shores Season 5 Episode 2 is titled, “Nice Work If You Can Get It.” The official synopsis of the episode says we will continue to see Abby recovering from the past. She will work on it and has evidently taken bigger steps as seen in the last episode. Everyone throughout the episode wanted to know her condition post the breakup in the previous episode. Even she continued to have hallucinations. But towards the end, she confessed her feelings by coming out strong. Apart from that, she will also work with Mick on building the reputation of O’Brien Construction back.