The fans are eagerly waiting for the release of Chesapeake Shores Season 5 Episode 10. The main reason behind their eagerness is the fact that the next episode is the finale episode of this season. This American television series follows the genre of drama and gives more familiar vibes. Furthermore, the series has also taken its story from the novel of the same name. The famous American novel Sherryl Woods has written the novel. Therefore this television show has become quite popular as a favorite family show among the viewers. It first premiered in the year 2016 on 14th August.

Moving on to the developers of the show, John Tinker and Nancey Silvers have jointly created the show. Moreover, John Tinker has served as the executive producer in seasons 1 and 2. Whereas Nancey Silvers is also one of the executive producers along with Dan Paulson, Martin Wood, Sherryl Woods, Michael Berns, and Phoef Sutton. On the other hand, Matt Drake is the producer of the show. Then we move on to the star cast of this family drama series.

Meghan Ory, Laci J. Mailey, Barbara Niven, Brendan Penny, Emilie Ullerup, Andrew Francis, Treat Williams, Diane Ladd, and Robert Buckley are the main cast members of the show. However, there are other popular actors as well that portray recurring roles in the series. This season saw the departure of one major lead role in the series. However, we also saw another main character join the show as a regular. This gave us a new storyline, and it has got the viewers excited about where it would take the show. The finale episode that is Chesapeake Shores Season 5 Episode 10 will be coming out soon. However, let us first take a recap of the previous episode. 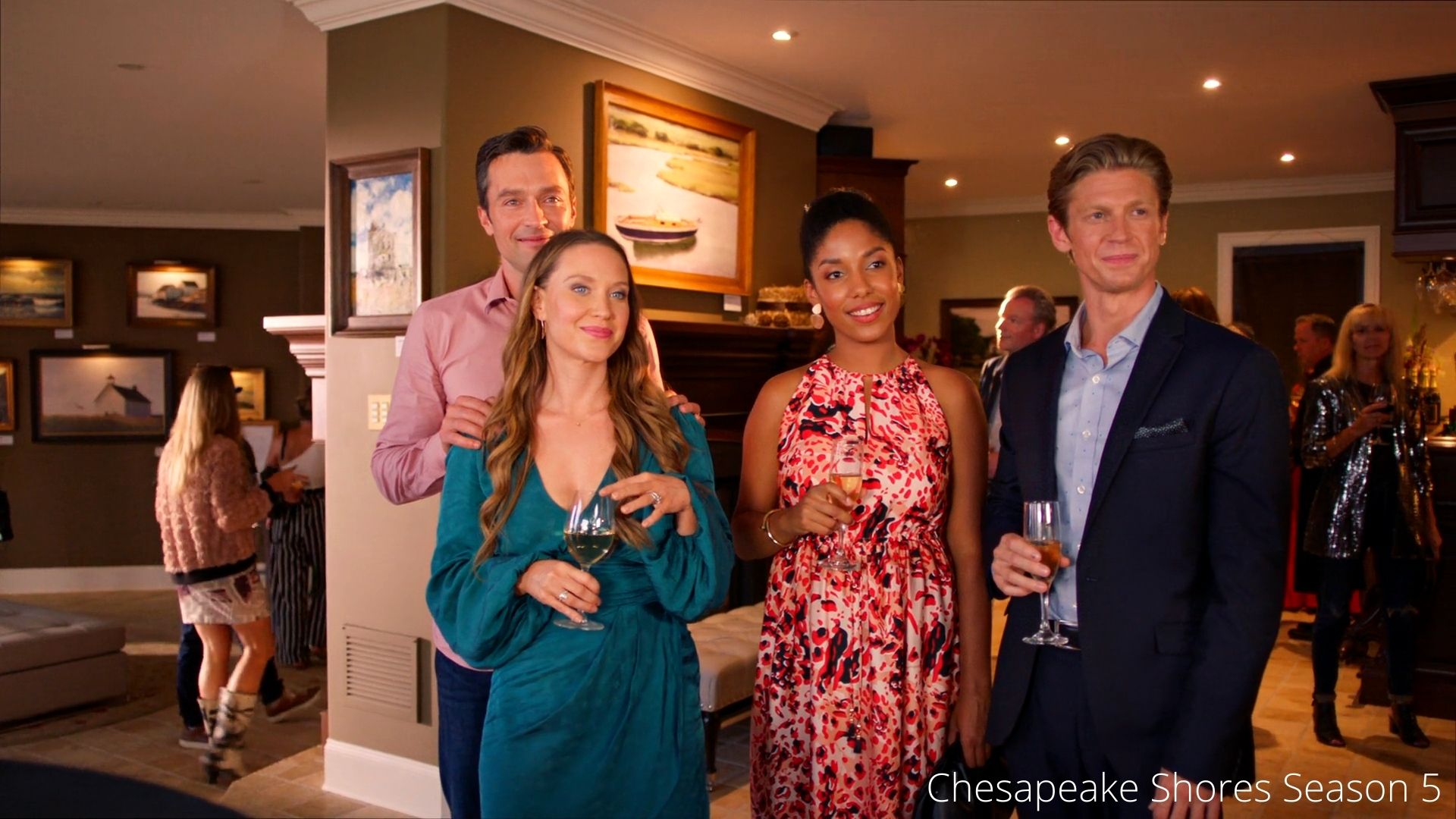 Episode 9 of Chesapeake Shores Season 5 came out on 10th October 2021. In addition to that, the episode was titled “What A Difference A Day Makes”. The episode began with everyone in the family worried about Mick after not hearing from him for a long time. However, soon they received a call from the coastal guard who had safely brought Mick back to the hospital. While Mick explains to the family what happened, Megan lashes out at him for being reckless with his life.

Meanwhile, the next day Conner’s grandmother helps him as his legal secretary to help him find an actual talented one. Soon we see Margaret, who worked with Conner before, come in for the interview and take the job in his new law firm. On the other hand, we see Bree’s boyfriend get complications in his parole hearing when he tests positive for the use of a certain drug. But he swears he has not taken any. Therefore, Bree takes him to Conner so they can help him legally. However, the hearing gets postponed a week when Conner suddenly gets sick. 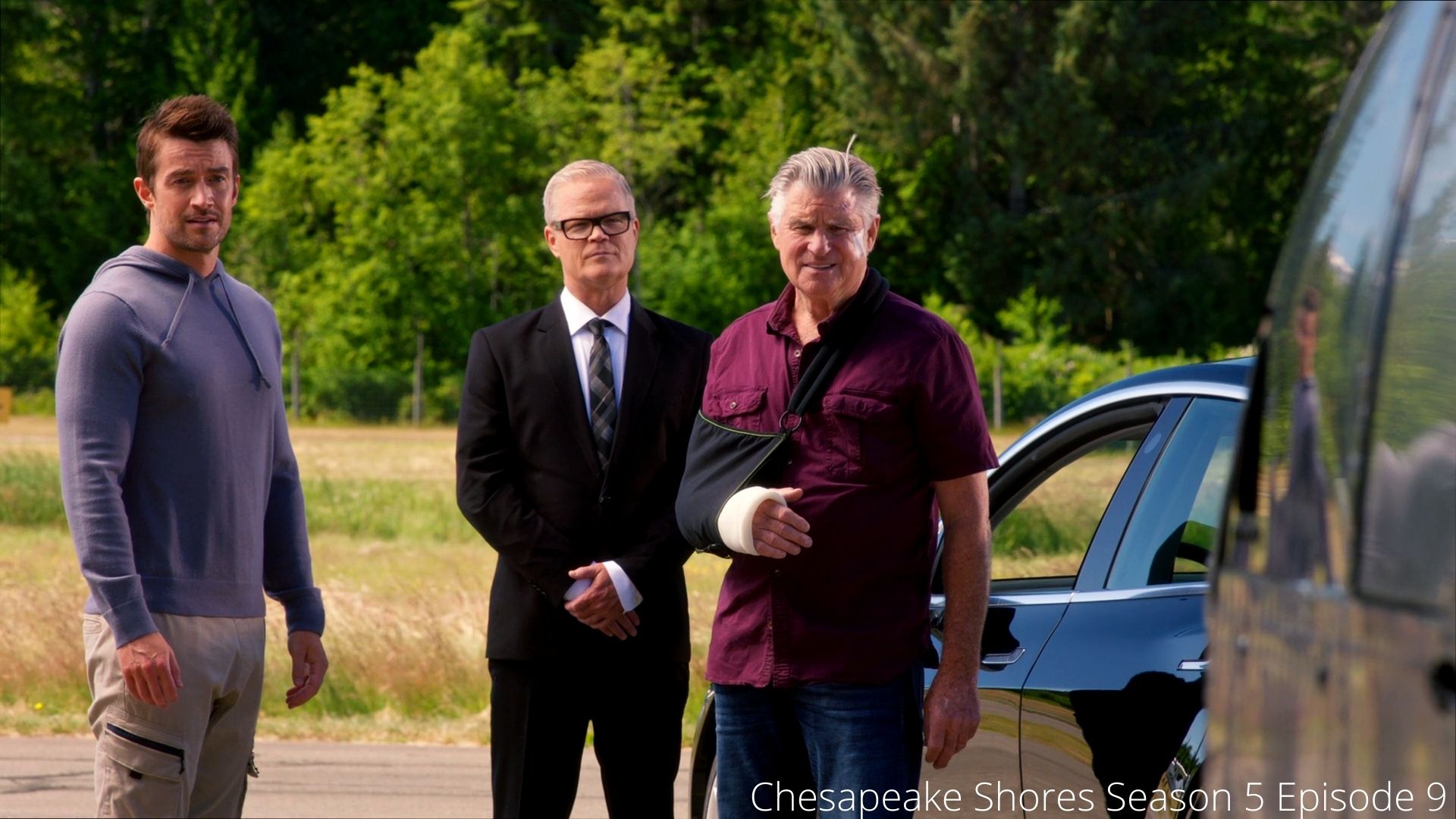 He later tells Margaret that he was almost close to a heart attack. So Margaret helps him take care of himself during the week. On the other hand, Evan and Mick spent quite some time together getting to know each other better. At last, Evan asks Mick if he can ask Abby out on a date, and he says yes. In the end, we see everyone gather at Megan’s art show, where Mick finally asks her to travel the world with him. Meanwhile, the episode ends with Sarah collapsing on the floor unconscious just before they are about to leave for the art show.

Chesapeake Shores Season 5 Episode 10: When Will It Release and What To Expect?

The ending of season 5, episode 9, has left the viewers wondering about what would happen in the next episode. “Chesapeake Shores Season 5 Episode 10 will be releasing on 17th October 2021 and will be the finale episode of the season as well.” In addition to that, the episode will be titled “As Time Goes By”. The episode will be answering the big suspense about what really happened to Sarah at the end of the previous episode. Furthermore, we will also see Mick and Megan make an important announcement in front of the family. We can assume that it will be mostly about them deciding to go on a world trip together. On the other hand, Abby will finally return to the town, and Evan will ask her out on a date.

However, there will be a twist in this story as someone else has also asked Abby out. So it will be quite interesting to see who does Abby eventually decides to go on a date with. Finally, we might also see Conner and Margaret express their feelings for each other which everyone has wanted to see happen. So do not miss Chesapeake Shores Season 5 finale next Sunday.

Where To Watch Chesapeake Shores Season 5?

This fabulous family drama television series has attracted a lot of viewers from around the world. This is the reason why they are searching about where to watch Chesapeake Shores Season 5. The answer to that is simple. “Chesapeake Shores Season 5 airs on Sunday at 8 pm ET on Hallmark Channel in the United States.” In addition to that, the show is available on the official website of Hallmark Channel as well. Furthermore, the viewers can head to Netflix, Amazon Prime Video, and Youtube TV as well to stream all the seasons of the show. So go right ahead and watch it if you have not already.