Cheer Season 2: Why You Should Watch It? 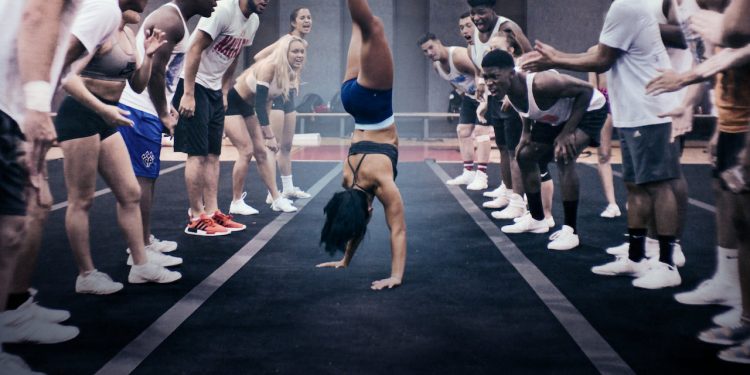 Cheer is an American television series that gained massive popularity among the youth due to its different and exciting pitch. Season 1 was aired on Netflix in January 2020. Since then, Cheer Season 2 has been eagerly awaited by the viewers that arrived at its viewers after two years, precisely on January 12, 2022. The story is about the new sport ‘cheerleading,’ which is becoming a profession for many young minds. According to research, cheerleading is a billion-dollar industry. So, to showcase all ‘behind the scenes of a professional cheerleader, Cheer Season 1 ruled over its audience’s hearts. When Director Greg Whiteley was shooting for his series on football, he encountered cheerleading and thought to make a series on the same.

Netflix binge-audience witnessed Monica Aldama and her kids preparing for this unique sport at Texas Community college. The audience instantly felt connected with these students’ struggles to be successful cheerleaders. Unlike Season 1, Cheer Season 2 has a lot of exciting updates to unfold. However, season 2 might be confusing for some viewers, and we are to make sure that is not the case with you. Primetime Emmy Award and American Cinema Editors Awards were given to the show.

When Season 1 of Netflix’s Emmy-winning Cheer premiered in January 2020, it took the world by storm. The first six episodes of the sports docuseries were set in Corsicana, Texas. It followed Navarro College’s Bulldogs Cheer Team when they prepared to compete in the high-stakes annual NCA National Championships Daytona Beach, Florida. Daytona Beach, Florida, hosted the National Championships. Star cheerleaders Jerry Harris, Gabi Butler, Lexi Brumback, Morgan Simianer, and La’Darius Marshall quickly rose to fame due to Cheer’s popularity. In addition, the show earned a spoof SNL sketch starring Adam Driver, an appearance on ‘The Late Show’ by Stephen Colbert, and performance slots and fundraising money from The Ellen DeGeneres Show.

Season 2 of your favorite show ‘Cheer’ picks up the pace where Season 1 had left. The famous stars adjust to their new famous lives and make compromises to survive, is what engulfs the story of this season. However, with the canceled championship due to pandemic, the future seems devastated. The team must be prepared for their next move. The allegations on Jerry Harris make matters worse and complicate the relationships and lives of the cheerleaders. We hear directly from his victims and their families, painting a gruesome picture of Harris’s double life. While some of Jerry’s friends have understandably turned against him, at least one Navarro star explains why it’s difficult for them to cut him out entirely.

While Season 1 focused solely on the Bulldogs, this installment will introduce viewers to Trinity Valley Community College’s cheerleading team in Athens, Texas — Navarro’s most aggressive rival. Thanks to a charming coach and teammates with captivating backstories, Trinity Valley’s cheerleaders are sure to bring some serious competition to the mat. On the plus side, we get a better look at Navarro’s rival team, Trinity Valley Community College, and its head coach, Vontae Jonhson. In competitions, the two teams typically compete against one another, and as the trailer shows, if Navarro fails, there will be a new victorious team on the horizon.

Fans will be happy to find out the return of many old faces, including Coach Monica Aldama, the cheerleading coach turned Dancing With The Stars contestant, in Season 2. Lexi Brumback returns to delight fans with her famous tumbles, as does Gabi Butler, who continues to amass a massive online following. La’Darius Marshall and Morgan Simianer also return to wow fans with their incredible talents. Vontae Johnson, Khris Franklin, Jada Wooten, Jeron Hazelwood, and tumblers DeVonte ‘Dee’ Joseph and Angel Rice are also back.

The new episodes of the series have ups and downs in their lives. To keep things engaging and unique, some new faces will be joining the team for Season 2. Fans should watch Maddy Brum and the most recent Navarro recruit to make her debut on the show. Cassadee Dunlap, a former child pageant winner, joins her. Also, Gillian Rupert, the squad’s new rookie, is causing havoc. The new faces bring a few differences in perspectives and personalities, adding another layer of excitement for fans.

Also Read :Who Does Frasier End Up With? All About the Cheers Character

“The new episodes also address incredibly hard subjects, such as the impact of COVID-19 and criminal charges being filed against one of Navarro’s former team members,” director and executive producer Greg Whiteley said in a statement. “Being a part of their lives was powerful, disheartening, difficult at times, and eventually progressing.” As I was flying home from our final day of shooting in Daytona, I thought to myself, ‘I can’t believe we just saw what we just saw. We just experienced what we just experienced.’ If we have done our work precisely, we should be able to take the audience on the same ride.”

Just as Jerry Harris’ arrest became public, Monica Aldama left the team to pursue her professional development, accepting a spot on Dancing With The Stars. As a result, the team has been turned upside down, and tempers have flared due to the abrupt changes. La’Darius Marshall has a significant disagreement with the new assistant coach, and rage reigns supreme during times of high stress and significant changes in the team.

The series has many twists and turns that never leave the audience bored ever. The cast is chosen wisely, which makes it all raw. Cheer had us drooling in its first season, and Season 2 is equally unique and exciting, making it a must-watch for everyone. The struggles and emotional turmoil are showcased clearly, making it worth watching.

Unlike the first season, this season focused on life after fame. This season was all about cast members handling their fame in different manners. Season 2 showcases the rawness followed by severe crimes, making it impossible to control the audience. However, the creators have managed well to maintain the watchers’ interest. The confusing landscape of this season is overcome due to the beautifully documented season 1. Monica Aldama enjoyed a life of social media fame, even showing up on a TV dance reality competition. When Jerry Harris was accused, Monica left the show for a while and joined the dance reality show.

The explosive fame of Navarro and the season were given up to the Covid darkness. The Cheer was the epitome of economy and neatness in the first season, making the docuseries feel short. The second season has been made to overcome this feeling covering a vast concern. Cheer season contains provoking and captivating elements, but it is a messy workpiece and, perhaps by design, a less thrilling one. The best way to demonstrate the structural mess is to disassemble the season simply or how it was put all together. 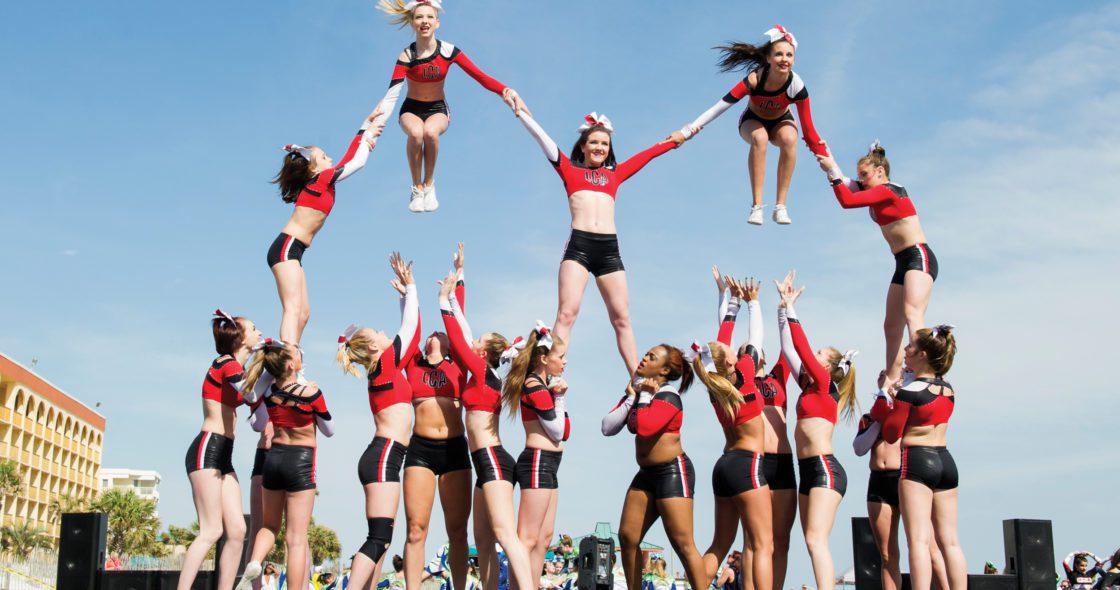 Cheer’s second season is a complex and subtle, layered analysis of how the sport has evolved over the last two years. From the success of the Netflix documentary to the dilemma of COVID, Cheer has encountered some of its greatest triumphs and trials since Cheer Season 1 debuted. Season 2 of Cheer follows those changes while never losing sight of what made the show so great in the first place: the people. You might tune in to see where the stars of Cheer Season 1 are now, but you’ll keep watching to see who makes it to the mat, who wins at Daytona, and who might still have their own happy ending.

Also Read: Emily In Paris Has Been Renewed For Seasons 3 And 4!

Why you should watch Cheer Season 2?

Season 2 of Cheer would be exciting to watch because of the inspiration you can get from the struggles of these stars. How they handle their fame is also a way to learn. Jerry Harris, who faced a lot of allegations, is worth watching as to how he pulled through all this and if those allegations were true. Season 2 of Cheer follows those changes while never losing sight of what made the show so great in the first place: the people.

Season 2 has been given a lot of thought, and it might be harsh for some of the viewers because of the rawness it showcases, but it should be watched for better judgment. Both the seasons have great potential, and we can consider giving it a shot. If you would like to watch it, head over to Netflix.