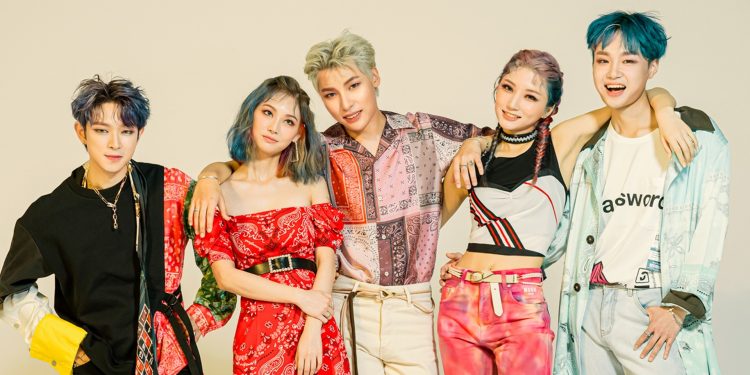 Just another day in the industry and another k-pop band has disbanded. The co-ed idol group ‘CHECKMATE,’ having four members, has just announced the disbanding just after a year of their debut. The news of entertainment companies messing with k-pop idols isn’t rare. Often because of companies’ mistreatment, ignorance, and bad promotion, many potential idols end up losing their chance. The news of ‘CHECKMATE’ disbanding came out on December 18, 2021, and fans are devastated. Not that it’s just their favorite idol group parting their ways. But also because of how disrespectfully the idols were being treated at the company during their time of activity.

Consisting of four members, Sieun, Suri, Yongseok, and Noah, ‘CHECKMATE’ was one of the most popular co-ed k-pop groups in South Korea. The group went on to make its debut in September 2021 under ‘Grace Entertainment.’ Releasing their debut track ‘Drum,’ the members gained popularity rather quickly than other groups. The company was good to the members and the fans. Introducing the members and promoting the group everywhere on social media. The company also went on to announce a new member of ‘CHECKMATE,’ hypping both the band and the fans. But slowly, things between them started going downhill as the members decided to drop out from the group.

‘CHECKMATE’: Everything To Know About The Group

Just after ‘Drum’ was released, fans were hoping for a good future for the group. But in November 2020, Nason became MIA on ‘CHECKMATE’s social media pages. No news about Nason’s whereabouts, the company went on to announce the arrival of a new member in the group. Haechang arrived in November 2020 as the rapper and vocalist of the group. But later went on to exit the band within a month after questioning his future as an idol. Soon after, Grace Entertainment went on to announce that both Nason and Haechang had left ‘CHECKMATE.’

‘CHECKMATE’: Comeback, Disband, and The Future

After ‘CHECKMATE’ was confirmed to have four members, the group announced that they’d be soon making a comeback. But things weren’t that easy for them. After announcing their comeback on February 15, 2021, the company went on to delay the release until March 2021. When the fans lost all their hope for a new single, ‘CHECKMATE’ finally went on to release their single ‘YOU’ on March 29. But due to all the mess and delays, the sales weren’t as high as in the debut era. And when a video of Grace Entertainment’s CEO scolding the members of ‘CHECKMATE.’ And them getting mistreated by the staff went viral among the netizens, negative media started generating.

‘CHECKMATE’ hadn’t been active since April 2021. And it wasn’t until recently when the company made the public announcement that ‘CHECKMATE’ has broken up. The company has also announced that after parting their ways, the members will be working on solo projects. Starting from January 2022, ‘CHECKMATE’s social media channels will be undergoing a new change for more k-pop content. The news of ‘CHECKMATE’s’ disband had fans disappointed but not shocked. Fans are hoping that the member of the group will bid goodbye to the company as well. And start over with a new company. The girls of ‘CHECKMATE’ are already active on their personal social media accounts, while the boys are still figuring out what to do.