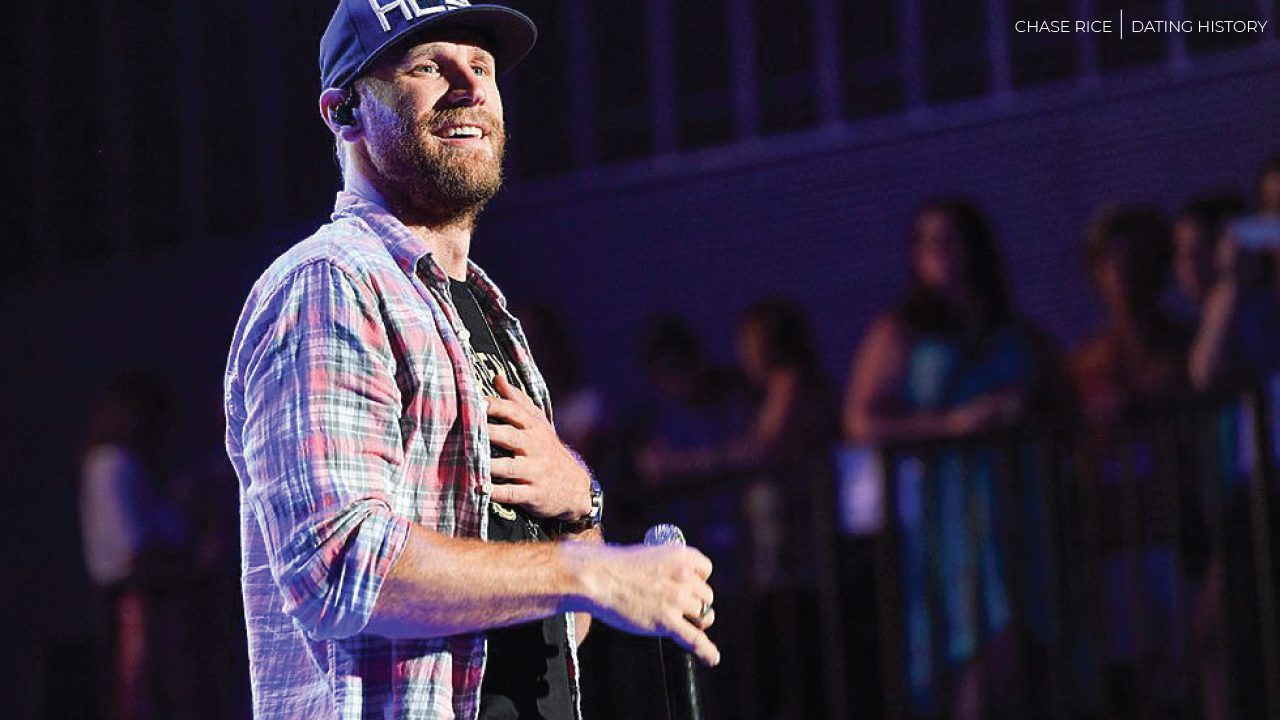 Chase Rice’s Dating History is widely talked about. Chase Rice was born on September 19, 1985. He is a country music singer, songwriter, and reality TV personality. He hails from American. Also, Rice played college football as a linebacker. As a player, he represented the University of North Carolina. He also worked as a pit crew member at Hendrick Motorsports. The diamond-certified single was co-written by him. It was entitled Cruise. Additionally, Florida Georgia Line performed it. Further, he released an EP entitled Ready Set Roll. It featured the single “Ready Set Roll”. Additionally, it was released on October 15, 2013.

He also released his full-length album Ignite the Night. August 19, 2014, marked its release date. In addition, it included “Ready Set Roll”. Further, In August 2014, it topped the Billboard Top Country Albums chart. The song “Eyes on You” was his first number-one single on country radio. The song topped the charts in 2019.

In 2010, Chase Rice became a prominent figure. As Survivor: Nicaragua featured him as a contestant. There, he finished as the runner-up to Jud “Fabio” Birza.

Florida was the birthplace of Chase Rice. In Asheville, North Carolina, Rice was raised on a farm. He attended AC Reynolds High School. Additionally, he attended Chapel Hill University for his further studies. During his time there, he played linebacker. However, he did not pursue an NFL career due to injury. Hendrick Motorsports selected Rice as a member of its pit crew following his graduation from UNC. There, he worked as Ryan Newman’s rear tire carrier. Additionally, he worked on Jimmie Johnson’s Sprint Cup Series car. He also won two championships with the Lowe’s team.

There is no digital evidence suggesting Victoria and Rice dated. However, they would have been dating in September 2019. Furthermore, that was also when filming on The Bachelor began. Further, Rice revealed in an interview in November 2019. He said that his intention was to promote his music on the show. But the Bachelor producers added in a bit of extracurricular activity. As a result, he was angry about being misled.

Finally, Rice affirmed that there’s definitely no love triangle, which was rumored to have happened between him, Victoria, and Peter. Furthermore, whatever relationship the two had has ended. Rice appeared on 98.9’s Fitz in the Morning. It was a few days before his Bachelor episode. He talked about his relationship with Victoria there. He suggested their relationship was not very long. Chase said they had only spent a night together. This occurred in Charlotte, North Carolina.

Chase Rice and Kristin Cavalleri recently began dating. Thus, it can be said that Laguna Beach alum and “Lonely If You Are” singers are dating. They began dating at the beginning of August. In either case, they began dating at the end of July. It isn’t clear exactly when they began dating. But they’ve been dating for about a month. The pair were introduced by a mutual friend. Further, she was spotted at his concert. However, they haven’t discussed their relationship yet. The couple did not publicly announce their relationship. The couple’s relationship is in the early stages. Still, they seem to be having a good time together.

Rice has also dated a woman in the past. The identity of the women has not been revealed. But Chase dedicated one of his albums to her. He confirmed that ” Everywhere” is a breakup song dedicated to her. As well, the lyrics in the seven songs on the album were all about one person. He said all of the songs center around one girl. Additionally, he dated that girl for a year and a half. Unfortunately, the pair split up. Further, that inspired him to write songs. As well, he said he was not the first person to do that. Also, he will not be the last to do so. He also said that the breakup was difficult for him. Being able to write lyrics and music about it helped him cope.

Mercedes Moore Net Worth: About The Model’s Death