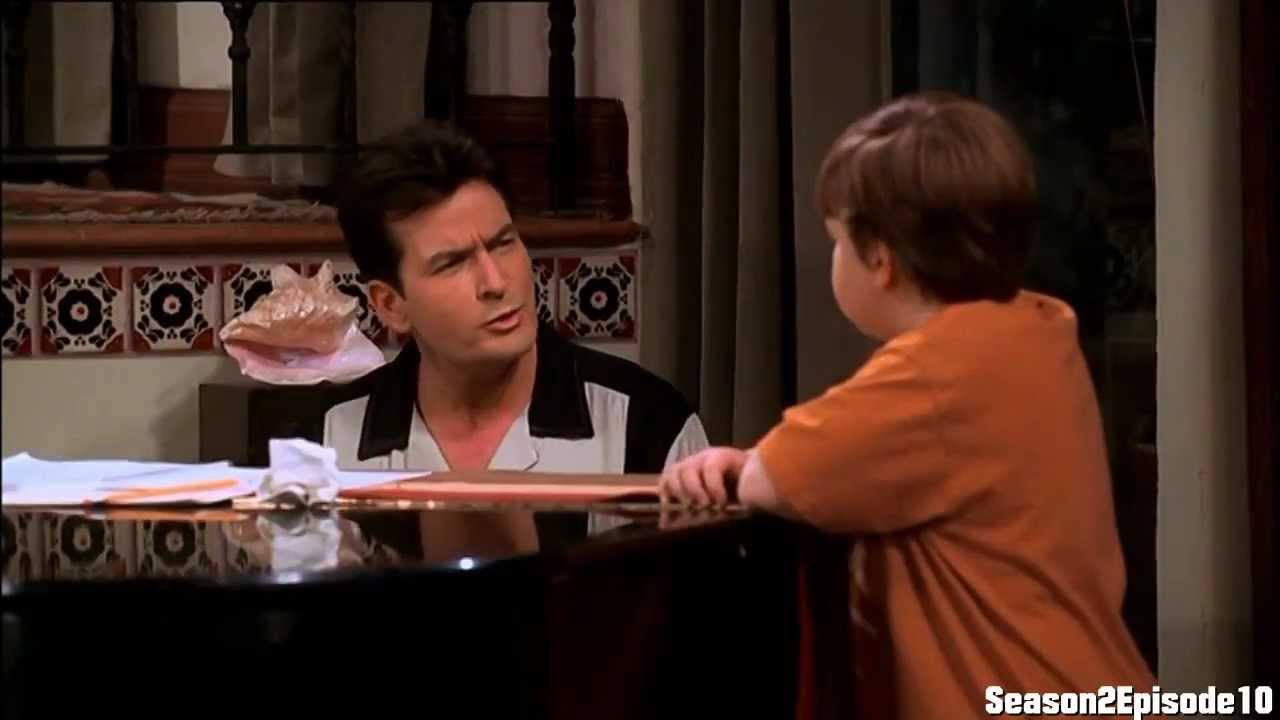 In this article, we will talk about Charlie Sheen Net Worth. The charmer, ladies man, no matter what you say but a good brother to Alan, Charlie Harper. Charlie Harper is the most iconic character played by Charlie Sheen in his career. In fact, with the adult and a little dark comedy, Charlie won over the hearts of his fans. Besides some of his most memorable roles, Charlie Sheen has been in news for addiction, alcohol abuse, and domestic violence in the past.

Also, you will be surprised to know the current earnings of Sheen, who once was the highest-paid actor in 2010. In this article, we will talk about Charlie Sheen’s net worth, career, and downfall in life.

Charlie Sheen is an American actor. And his real name is Carlos Irwin Estévez. He was born on September 3rd, 1965, in New York City. Both Sheen’s parents are American actors. Earlier, Charlie made his debut in movies in his father’s movie ‘The Execution of private Slovik’ as a child actor. The movie was released in 1974, and at the time, Charlie was only 9 years old. 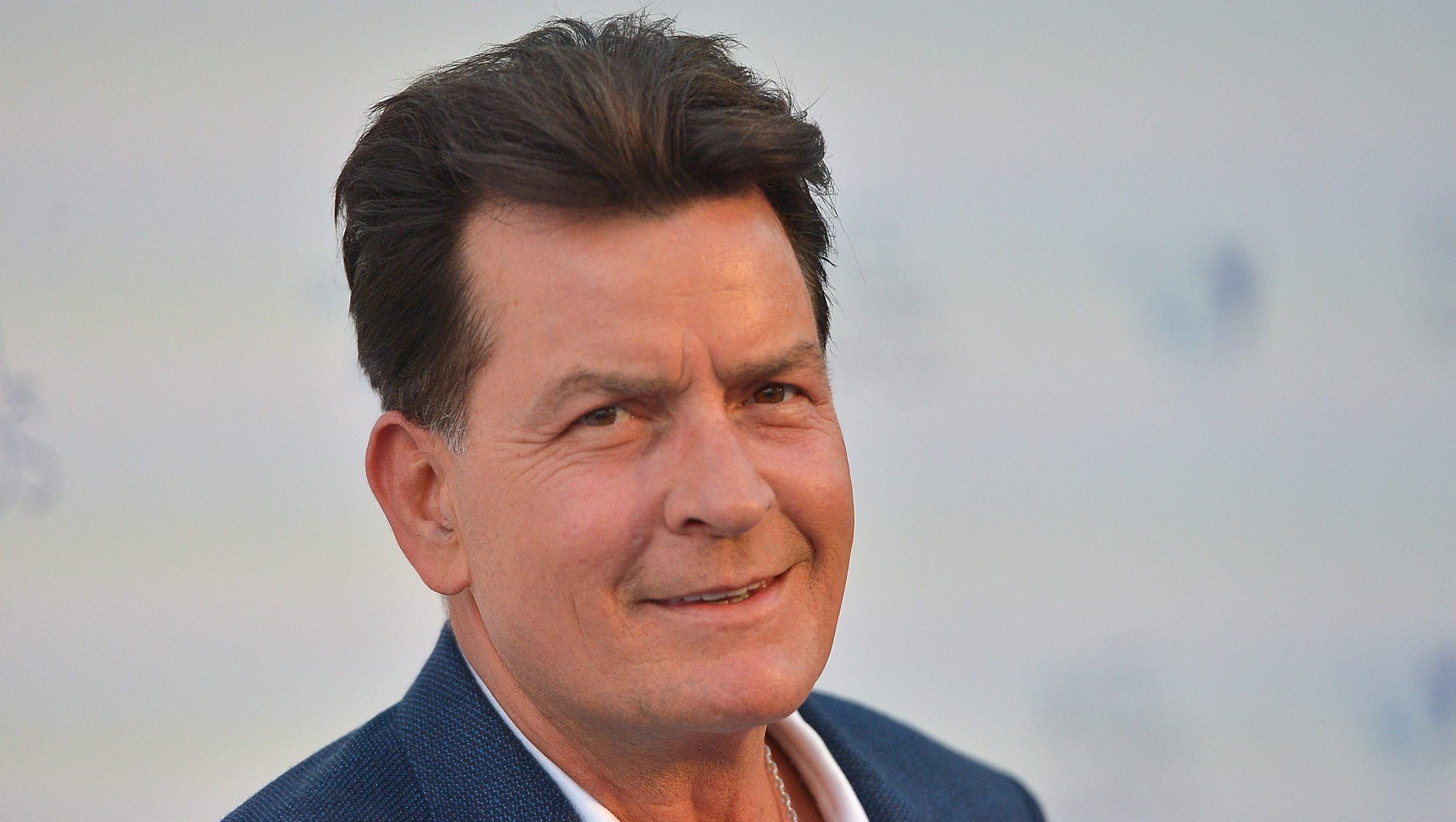 What is Charlie Sheen’s net worth?

You don’t need to tell me that controversies and bad decisions lead to gruesome life. The ‘Two and a half man’ lead star Charlie Sheen’s net worth is $15 million as of 2021. Charlie Sheen developed an image of an addict and alcoholic over the years. This not only tarnished his reputation but also led to the termination of his contract by CBS and Warner Bros. Hence, the ‘Two and a half man’ show fired Charlie Sheen in 2011. Acting being the major income source for Sheen, his net worth took a dramatic hit.

In 2010, he was named the highest-paid actor by Forbes. Reportedly at the time, Charlie was earning $1.8 million for each episode of ‘Two and a half man’. On the whole, he was making $48 million annually. When Charlie was at the peak of his career, his net worth was $150 million. 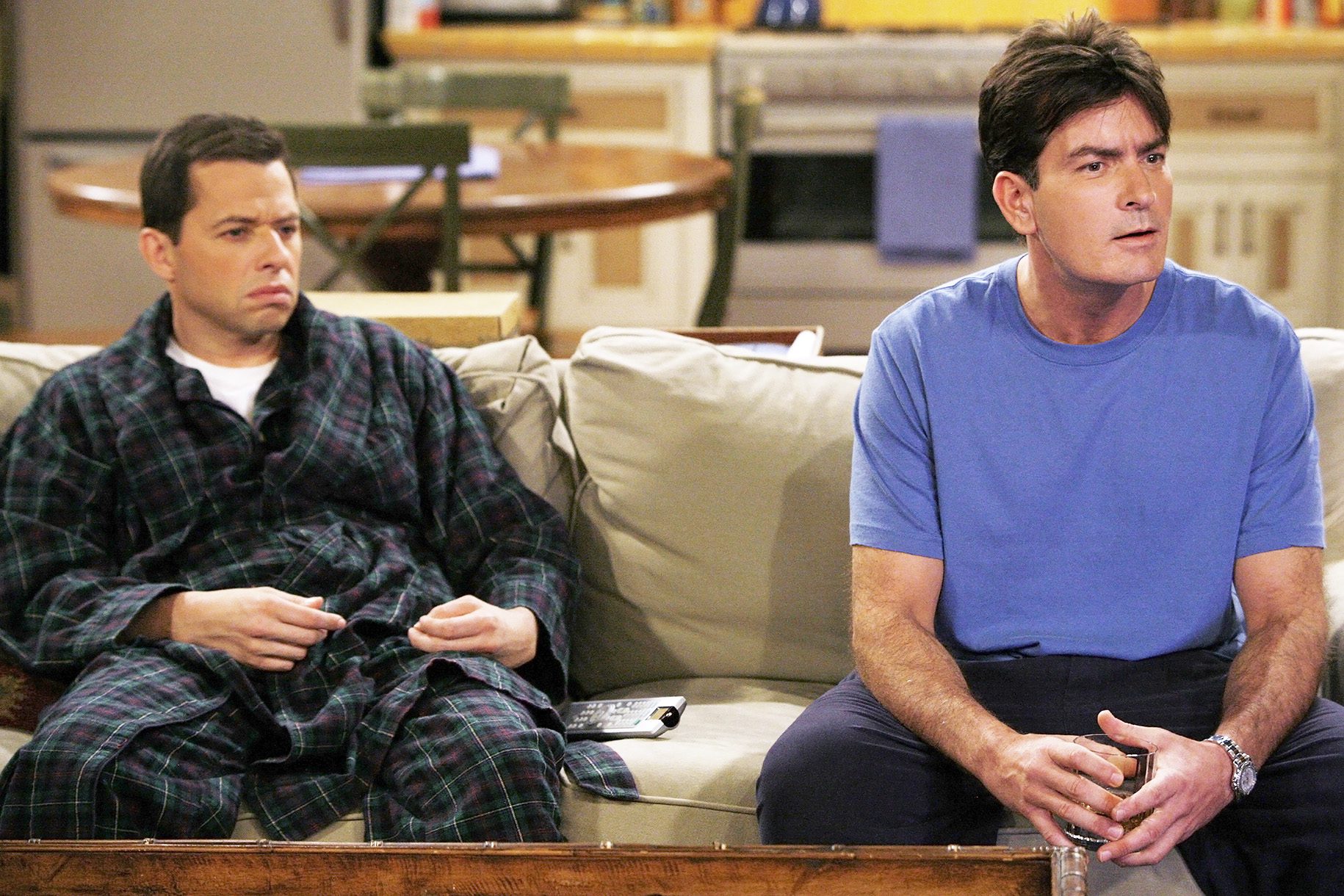 TWO AND A HALF MEN

Charlie Sheen did many movies such as Platoon, Wall Street, Young Guns, The Rookie, and many more. With his roles in the movies and Tv shows, he was quick to rise to fame. He was fired from ‘Two and a half man’ because of his self-destructive behavior and for making derogatory comments about Chuck Lorre.

After being fired from the most successful show of his career, Charlie Sheen starred in another show in 2012 named ‘Anger Management. The show made 100 episodes in total, during which Sheen managed to get paid between $75millin- $200 million.

Talking of Charlie Sheen’s career, he is an amazing actor. He could make any performance memorable. Before being Charlie Harper in Two and a half men, he also made a cameo in the famous sitcom ‘F.R.I.E.N.D.S’. 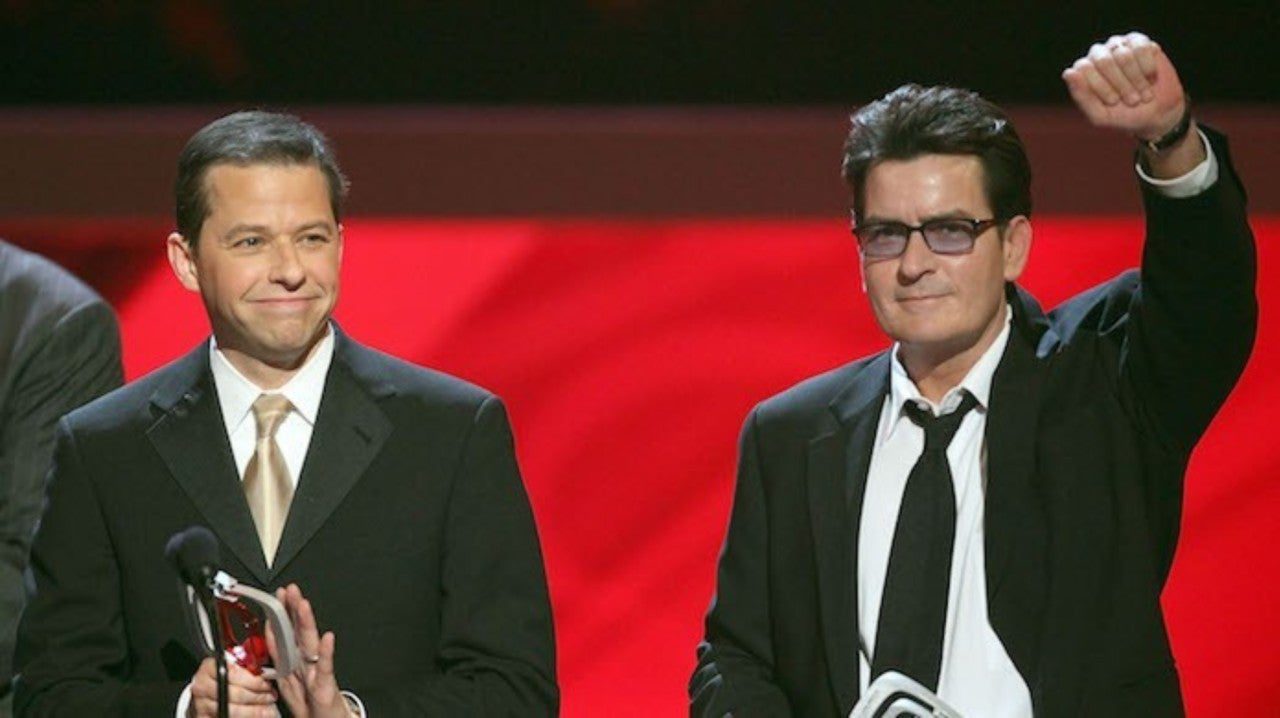 Charlie was a part of ABC’s Spin City’ in the 2000s. Later, in 2003 he sighed a contract with CBS and Warner Bros. for ‘Two and a half men’. This was the most successful show in Sheen’s career. But he was fired from the show because of his ill behavior and controversies regarding drug abuse. In 2012 he played Dr. Charlie on the show Anger Management.

The small screens made Sheen more famous than his movies. He was nominated for two Alma Awards and won a Golden Globe Award. This was for the part he played in the sitcom Spin City. And for his unforgettable role as Charlie Harper, he won an Alma Award, got three Emmy nominations, and two Golden Globe Award nominations.

He also has a Guinness world record on his name for his Twitter account, growing 1 million followers faster than anyone else. Also, he has a record for being the highest-paid Tv actor per episode.

Charlie Sheen has had his ups and downs, marriages and divorces, been from being the highest-paid actor to a person with mediocre net worth for an actor. His bad actions have led him to a sad life. He has been involved in controversies and has been off the shows for his rehabilitation program. Considering all the factors, it is not surprising that Charlie Sheen’s net worth went from $150 million to $15 million. 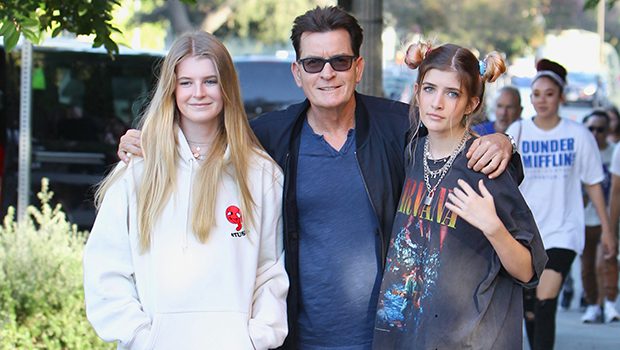 sam and Lola sheen with Charlie

Charlie has been married three times in his life. His former spouses were Donna Peele, Dennise Richards, and Brooke Mueller. He has five children from all three marriages and a relationship he had in high school. His oldest daughter is the one who was born out of his relationship in high school with Paula Profit. His other children’s names are Sam Sheen, Cassandra Jade Estevez, Max Sheen, and Bob Sheen.

On November 16, 2015, Sheen made an announcement saying he was HIV positive. As a result, the highest number of HIV searches were recorded in the U.S. Later, it was noticed that Sheen’s disclosure resulted in a 95% increase in ordering of the at-home HIV testing kits. This was called “The Charlie Sheen effect”. 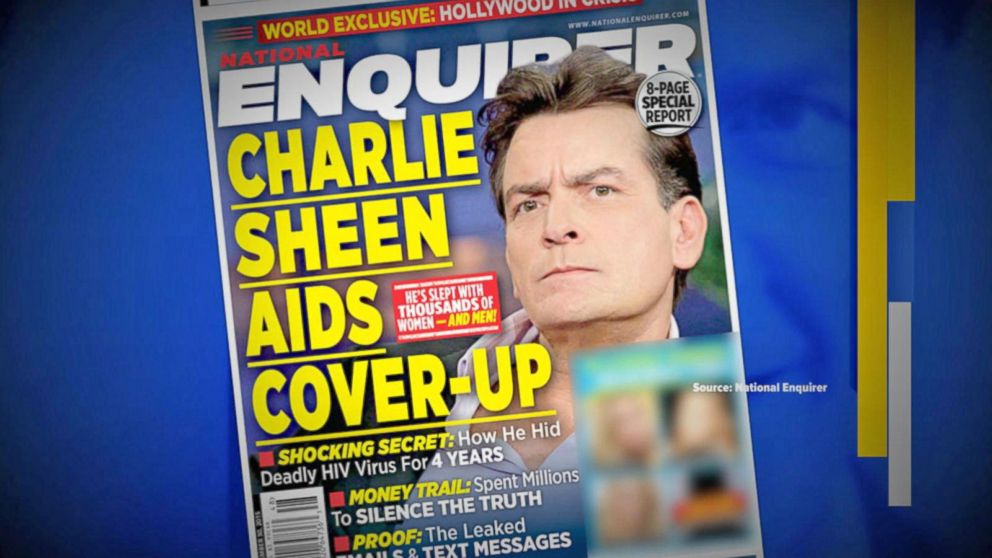 Charlie Sheen has also done some charity work. Sheen was the spokesperson for Lee National Denim Day in 2004. It is a fundraiser created by Lee jeans to support women’s cancer programs. This event is conducted in association with the Entertainment industry foundation. Charlie Sheen also donates a major amount of his earnings for AIDS.

Sam Sheen moves in with father

Recently, Charlie Sheen’s daughter Sam Sheen had made shocking allegations against mother, Denise Richards. Sam claims that the environment she lived in with her mother and stepfather was abusive. This has led her to become emotionally depressed. Following the accusations, it has been reported that Sam Sheen has moved in with her father, Charlie Sheen in his apartment in Malibu. 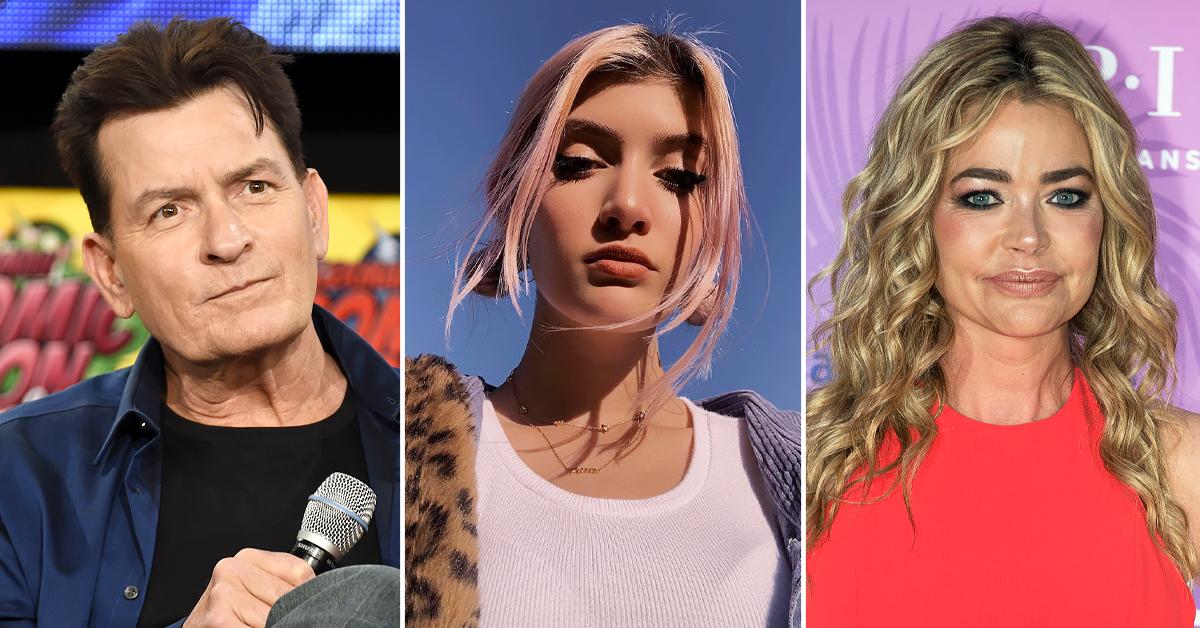 Sam Sheen moves in with father

Also Read: BTS Sitcom’ Friends Must Fly Out’ Release Date: What Do We Know So Far