Chal Mera Putt 2 Netflix Release Date: When Will It Be On OTT? 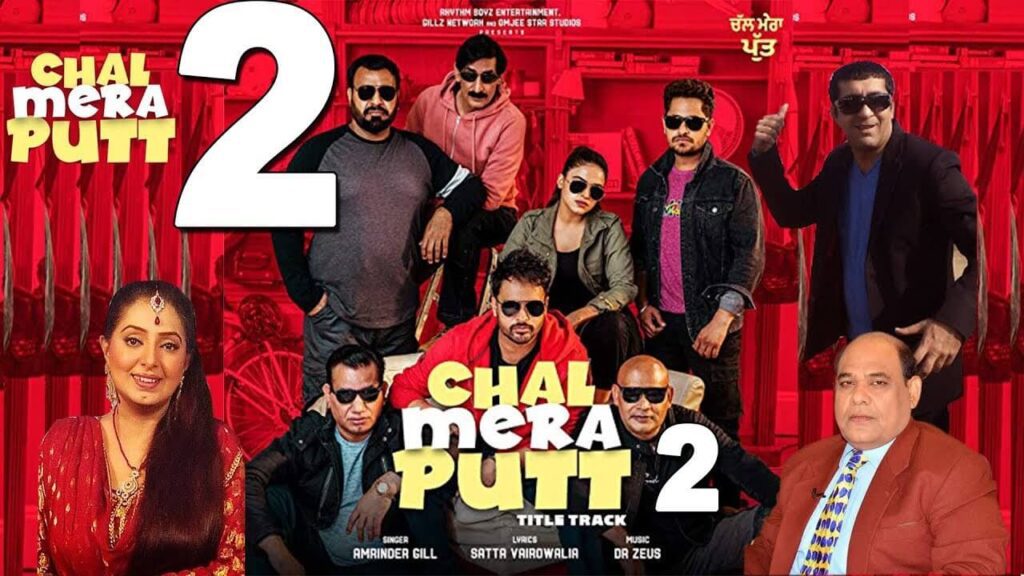 Janjot Singh’s comedy-drama Chal Mera Putt 2 will be released in Punjabi in 2020. It is a direct sequel to the film Chal Mera Putt, which was released in 2019. Karaj Gill’s Rhythm Boyz Entertainment and Ashu Munish Sahni’s Omjee Star Studios are producing the film. In the major roles, Amrinder Gill, Simi Chahal, and Garry Sandhu appear. The story follows Punjabis, who are attempting to earn a living in a strange nation. In supporting parts, the film features Iftikhar Thakur, Nasir Chinyoti, Akram Udas, Zafri Khan, Gurshabad, Hardeep Gill, Nirmal Rishi, and Ruby Anam.

Why ‘Chal Mera Putt 2’ is being re-released?

Fans of Punjabi cinema should start rejoicing right now! Finally, the wait is over. Chal Mera Putt 2, the much-anticipated Punjabi sequel, was released in theatres globally on August 27th. Due to the global epidemic of Coronavirus, the film encountered several challenges before being released, but it has now been completed. The film was first released in theatres on March 13, 2020. However, due to the worldwide lockdown imposed as a result of the global coronavirus pandemic breakdown, it lost a significant amount of business in numerous regions across the world.

India’s theatres were quickly shut down, and nationwide curfews were implemented. The saddest of all were moviegoers, who could no longer enjoy coming to the movies. Chal Mera Putt 2, in particular, had a fantastic reception from the crowd, but COVID-19 harmed its revenue. Fans have been waiting for it to be re-released since it was pulled down from theatres.

The film was first released in theatres on March 13, 2020. The Coronavirus pandemic, however, resulted in a significant loss. Amrinder Gill, Simi Chahal, Garry Sandhu, Iftikhar Thakur, Nasir Chinyoti, Akram Udas, Zafri Khan, and Harshdeep Gill appear in this multi-starrer film. On August 27, 2021, the movie was finally released in the cinemas, and the long wait of fans now comes to an end, and they can finally watch the much anticipated Punjabi flick in cinemas.

This is exciting news for Punjabi movie enthusiasts. The recent lifting of COVID limitations on theatres has given the industry the green light to get back to work and distribute pictures in theatres. And the fans have been so eagerly waiting for this to happen.

The comedy-drama genre of the film implies that spectators may watch and enjoy it with their families. The film’s plot centers on Punjabis attempting to earn a living in a distant country. As in the previous film, Chal Mera Putt, the film continues the eccentric friendship and love between illegal immigrants attempting to gain legal status in the United Kingdom. It’s a story about the difficulties they confront and how they overcome them. They meet a few like-minded characters along the way, adding to the enjoyment of their voyage and demonstrating that no boundary can separate human hearts and the love that exists inside them when it comes to the struggle of life. Simply watch it to learn more about the story.

‘Chal Mera Putt 2’: Will it Be On Netflix

Chal Mera Putt 2 is a comedic Punjabi film about a bunch of Punjabi teenagers who desire to settle down in England. They labor as daily wagers to pay off their parents’ debts. Marrying a local lady with citizenship is one method to settle down and make more money. There is no indication that Chal Mera Putt 2 will release on Netflix.

The first part of the film ‘Chal Mera Putt’, which was released in 2019, is already streaming on the American streaming platform Amazon Prime Video. It is quietly but gradually establishing itself in the OTT arena, and it is garnering a lot of accolades. Chal Mera Putt 2 could be available on Amazon Prime Video shortly. There is no official confirmation regarding the OTT release date of the film, but since it has been already having been re-released in cinemas, the fans can expect it to arrive on Prime video in the coming months.

Also Read: Where Is The Lost Boys Filmed? About The Filming Locations

Victoria P.’ Boyfriend: Did She Have A Boyfriend Before Bachelor In Paradise?