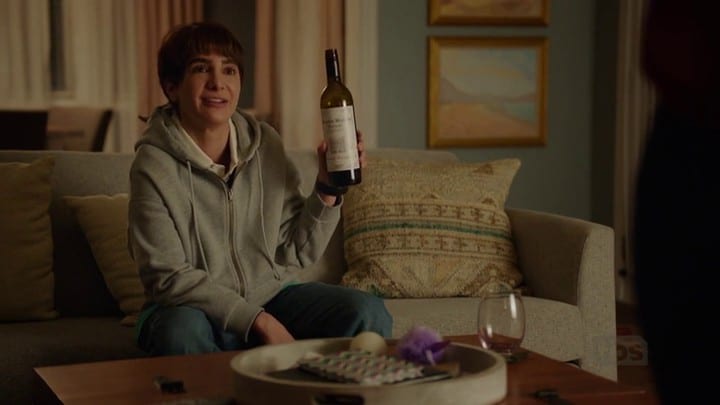 TBS’ brand new sitcom Chad starring Nasim Pedrad as a 14-year-old pubescent Persian boy, is hanging on a little balance so far. Nasim Pedrad created the show writing along with Rob Rosell. Despite debuting as the top-rated scripted cable program of 2021, there are a few negative reviews and some positive reviews here and there. Nevertheless, the show is still working its way. We are only five episodes in, and we would like to see how far it can improve until the first season wraps up. Because some sitcoms do take time to garner an audience and we hope the same goes with Chad as well.

So recently, on the show we witnessed Chad taking on his first-ever taste at alcohol. He got to put being the man of the house when he decided he doesn’t need anyone to babysit them. He believed he can handle Niki only to see her run away to her friend Avery’s to drink. After a little break, they both reconcile and Nikki decides she and her friends will teach him to drink. But both of them couldn’t run away from their Mom finding it out. So what’s next for them? Let’s take a look at everything that happened previously on the show and what we can expect from the upcoming Chad Episode 6.

Previously on Chad, we opened up with a regular family dinner with Chad and Niki at the Murphys. They share their everyday moments. Then Chad comes to realize he or his sister doesn’t need a babysitter. So he approaches it to his parents only to realize they are concerned about him wreaking havoc. Anyway, his mom finally agrees to give Chad one night as a babysitter finally.

Wanting to go to Avery’s, Nikki is completely ruled out by Chad. She decides to go to sleep. Until Chad realizes she actually ran away using the bedroom window. He follows her to Avery’s to realize she and her friends are drinking alcohol. When almost dubbed lame for not ever drinking, Chad finally takes it up to drink. Avery calls in to play Whiskey Slaps. So he has to go ahead and take the first shot as well as slap Avery. Soon a slap-a-thon starts with Chad bleeding from a slap of Avery.

As Chad overhears Niki and her friends talking about him, he sees a light that follows him to Avery’s sister Margaret’s room. He connects with Margaret until Niki arrives to ask Chad about his nose. Niki reconciles to help Chad a bit as he needs it the most now knowing Niki is advanced than him. This brings in a question from Chad about having his first drink. So, Niki decides her friends will help him have his first alcohol ever.

After drinking his first drink, Chad and Niki walk back to their house until they realize mom’s coming home. So they gear up their cycle only to find Mom reaching first. The episode ends with Chad sending Niki into the bedroom and taking the fall. Thus, confessing truthfully what they did to Mom to face the consequences of being grounded.

Chad Episode 6 is releasing on May 11, 2021, and will air on TBS at 10:30/9:30c. Following the sixth episode, expect a new episode every Tuesday until the first season wraps up. You can stream all the episodes of Chad on TBS’s official website including the upcoming sixth episode, once it finishes airing. Although there is no official promo for the episode, check out the synopsis breakdown of the upcoming episode below along with the official trailer of the series.

Chad Episode 6 is titled “Hamid”. The official synopsis of the episode states Chad and Uncle Hamid are finding each other for quite an adventure now. Yes, Chad is desperate to have those newest LeBron sneakers. So at the moment, he is ready to go measures to get them. This may lead him to take a little needed help from his Uncle Hamid. How would it go down and what would it mean for both of them remains to be seen. All in Chad Episode 6.