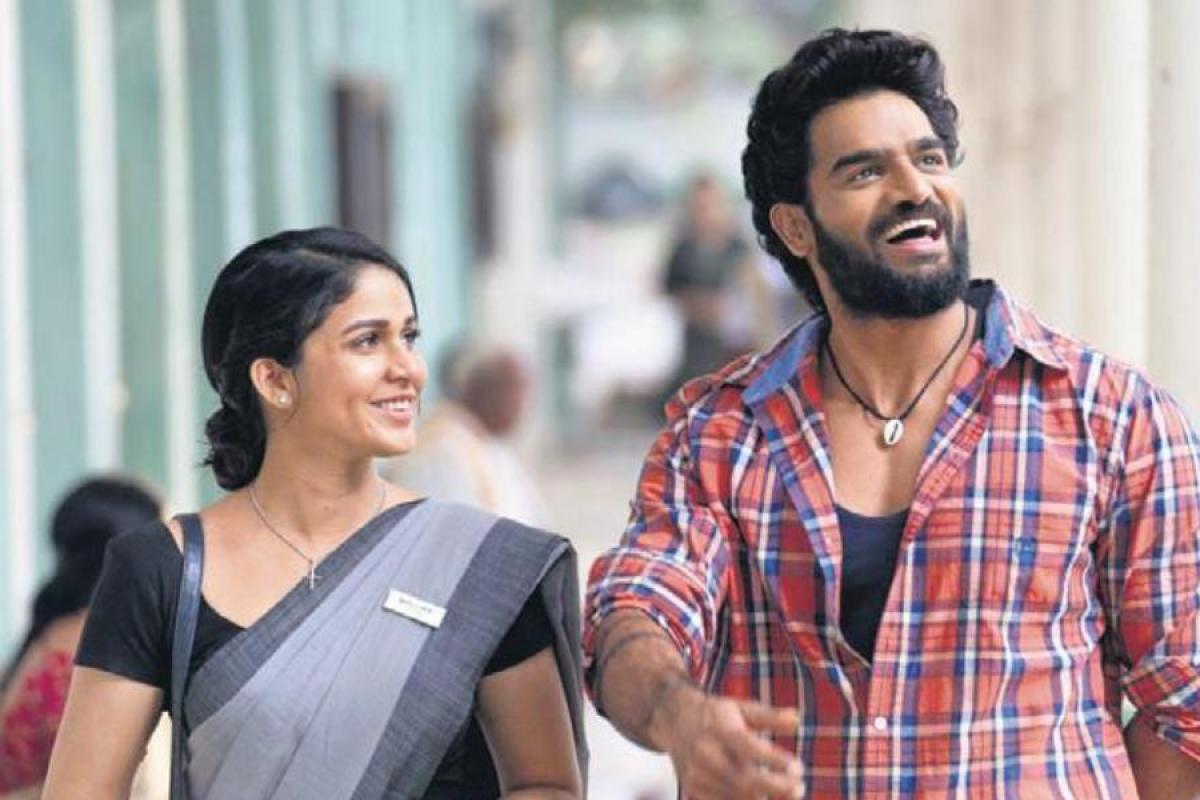 Chaavu Kaburu Challaga is a 2021 Telugu movie directed by Pegallapati Koushik. He has also penned the screenplay. Bunny Bass has produced the film. Jakes Bejoy has composed the music for the film. Peter Hein handles the action while GM Shekhar is responsible for the art direction. Junaid Siddique is the editor while Karm Chawla handles the cinematography. It was released on March 19, 2021, under the banner of GA2 Pictures. The film stars Kartikeya, Lavanya Tripathi, Aamani, Murali Sharma, Srikanth Aiyangar, Bhadram, Mahesh, and others. Kartikeya has not been involved with any big hits other than “RX100”. However, he has made a name for himself and finally scores a leading role in this GA2 Pictures production. The production house has a great record which is why there was a significant buzz for this film.

Chaavu Kaburu Challaga a GA2 production and so the buzz for the movie was there from the start. Also, the trailer of the film added to the buzz and anticipation. It is sort of a comeback for Karthikeya after a series of flops. He plays a bombastic and energetic character in the film. The film is about a man falling in love with a widow at a weird time and place. As he continues to pursue his unrequited love, he also discovers his mother’s extra-marital relationship. The story then follows him as he keeps trying to woo the widow and contending with his mother’s relationship. 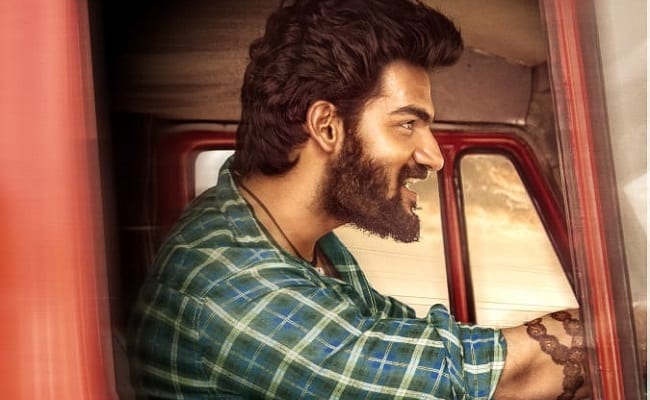 Karthikeya plays the lead role of a man running a funeral service.

The film revolves around Basti Balaraju, played by Karthikeya. He is a van driver whose job is to carry dead bodies to burial grounds. One day, he gets a call to carry a dead body to the burial ground. He spots a widow, played by Lavanya, at her husband’s funeral. As she mourns at her husband Peter’s dead body, Basti falls for her. He falls in love head over heels for her. The widow’s name is Mallika and she’s at her husband’s funeral, along with other relatives. Basti is smitten and incredibly down bad for her. He even starts proposing to her at the funeral. This causes, as it should, much embarrassment and befuddlement at the funeral.

Mallika scolds him and her father-in-law begs him to leave. But he continues to follow her regardless, still down bad incredibly. There’s another love equation bubbling up somewhere else. It involves Basti’s mother. As he continues his wooing endeavors and fails, time and again, he discovers that his mother is also in love. One day he finds that his mother, played by Amani, has started liking someone else. This storyline intersects with his love endeavors and creates tension. With everyone discouraging him from going after the widow, how will Balaraju fare off? Also, how will he contend with the prospect of his mother finding love as well?

A Conflict Between Intent and Execution

The film feels very confounded as to what it wants to convey and what it wants to comment on. It has a couple of things that are wildly different from conventional commercial cinema. On the other hand, it takes plunges into the same old and tired tropes of commercial cinema. It also employs the problematic notions and ideas about the love we’ve all come to expect from Indian commercial cinema. Filmmakers don’t seem to understand consent. And with the vast responsibility that filmmakers carry with the mass medium, it’s more important to handle such issues maturely. As is the case with most of the cringe-worthy film protagonists, Basti doesn’t consider “No” as a plausible reply. Despite the widow, who he falls for, stopping him from following her, he is unhindered in his creepiness. And it gets uncomfortable pretty quick. 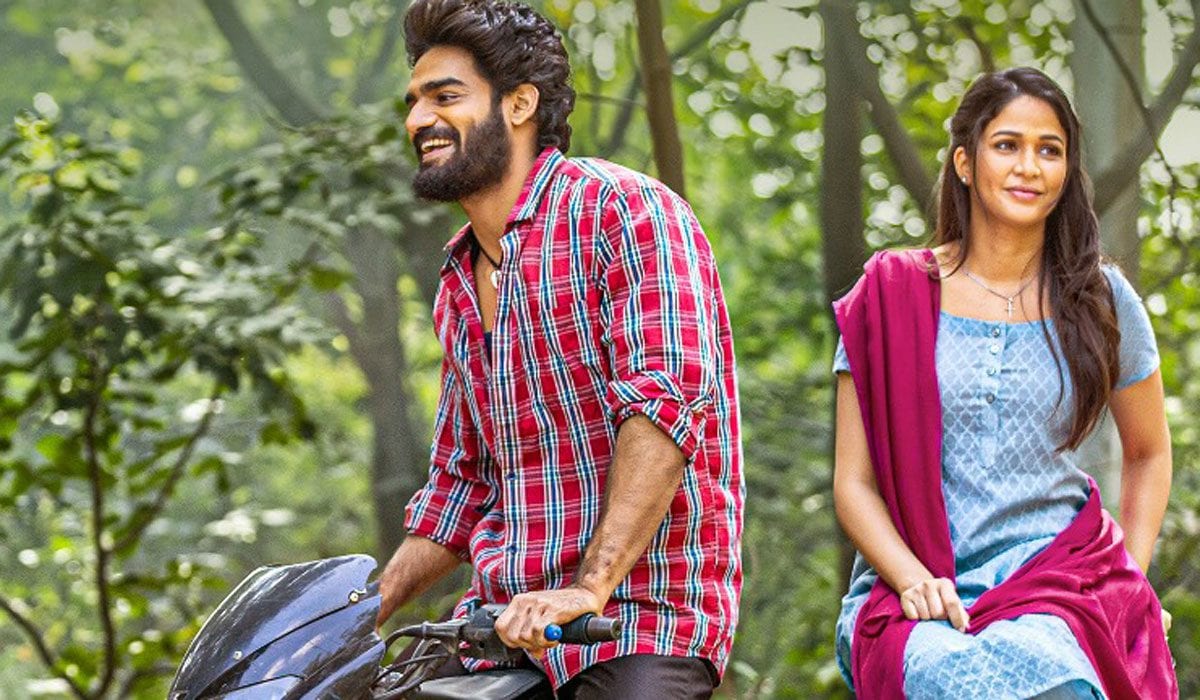 It’s not like the film comments or says something against these antics of the protagonists. He’s the usual “quirky and goofy”, starry-eyed protagonist who’s head over heels for the girl. This becomes especially frustrating when you see how this film wants to go against the stereotypes. It has various new and daring decisions, right off the bat, that are uncommon and rare. The lead protagonist falls for a widow at a funeral for her husband. In a bold and absurd-but-comical move, he proposes to her right there and then. This would have made for good comical content had it not devolved into the same trope-y tirade of commercial films. The film begins with a pretty subversive choice, the hero falls for a widow, at the funeral. But what follows is not daring or refreshing in any way. He starts following her in supposedly goofy and romantic endeavors.

Despite Mallika’s apparent disgust and disapproval for his advances, Basti perseveres in his creepiness. He keeps on stalking her and harassing her. Everyone tells him to stop with his “antics” but he doesn’t get the idea. His stalking and harassing also lead to the involvement of the police. However, Basti is determined, like every other problematic and toxic lead protagonist in Indian commercial cinema. This trope is so outdated and wrong that it boggles your mind how filmmakers keep using it. There’s been so much important discussions and development regarding consent in the social sphere recently. Some recent films in India have also caught up with the importance of consent. Amidst all this crucial development and understanding, films perpetuating problematic ideas about love are a big yikes. The film does try and reduce the contentious issues by showing how the characters grow by the end.

However, the growth and understanding among the characters don’t feel earned. There’s so much of the time that the film invests in portraying stalking and harassment as romance or silly endeavors. If the intent was to denounce these problematic ideas of love and romance, it doesn’t do a good job at it. There is dissonance in how the film tries some non-conventional things while also employing the trite tropes. There’s Basti’s mother, Amani, who looks after her bed-ridden husband and scolds Basti for his antics. But a seemingly typical film mom, she’s anything but. She is tired of her loneliness and copes with it through whiskey and a loving company of a man. On the other hand, Mallika’s in-laws are also atypical. Her father-in-law, played by Murali Sharma, doesn’t want her to live alone. He wants her to get married again someday but to a man of his choosing. 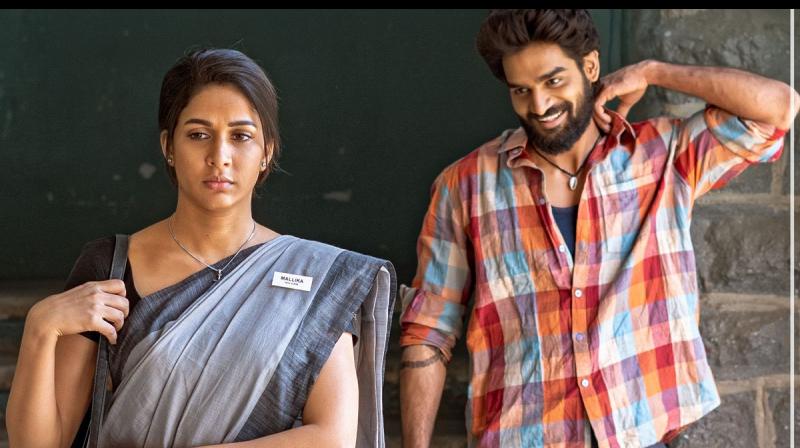 Lavanya and Karthikeya star in the leading roles.

A Promising Start but Falters Quickly

There are so many things that the film appears to do differently and yet it ends up being one of the rest. There’s a fair bit of problematic content here. And by the time the characters seemingly learn, understand, and “grow”, the problematic content has outweighed them. The way all of the problematic stuff is portrayed doesn’t help me being charitable towards the filmmaker’s intents. Basti stalking and harassing Mallika is presented as romance or an idea of love. And of course, this stupid and creepy unrequited love doesn’t stay that way by the end. Despite Mallika being disgusted at Basti’s moves, she eventually falls for him too. This just defeats the point and encourages the problematic notions of love even more. There’s more to Basti’s toxic being. Even though he keeps stalking a widow depute her contentions, he’s livid at his mother having an extramarital relationship.

By the end, he does grow a bit and gains a bit of understanding. But the iffy journey up to that point outweighs the moment of growth. Then there’s another problem with the film of the women being devoid of agency. They are always reliant on men in their lives. Again, by the end, the message comes to the light and the movie is better for it. However, it would have been a much better movie if there was consistency with the non-conventional choices and the corresponding choices that the characters make. Coming to the performances, Karthikeya does a great job at bringing the energy to the role. Lavanya also complements her role well, as do others in the cast. There really isn’t anything special about the music and other cinematic technicalities.

Chaavu Kaburu Challaga kicks off with a promising start but falters thereafter. It tries to strau away from stereotypes and be daring buy eventually succumbs to the very clichés and tropes. It’s tone and the message it tries to convey are at conflict with each other. The acting is passable and other technical aspects are sub-par to average at best. Our Rating for Chaavu Kaburu Challaga is a 2 out of 5.