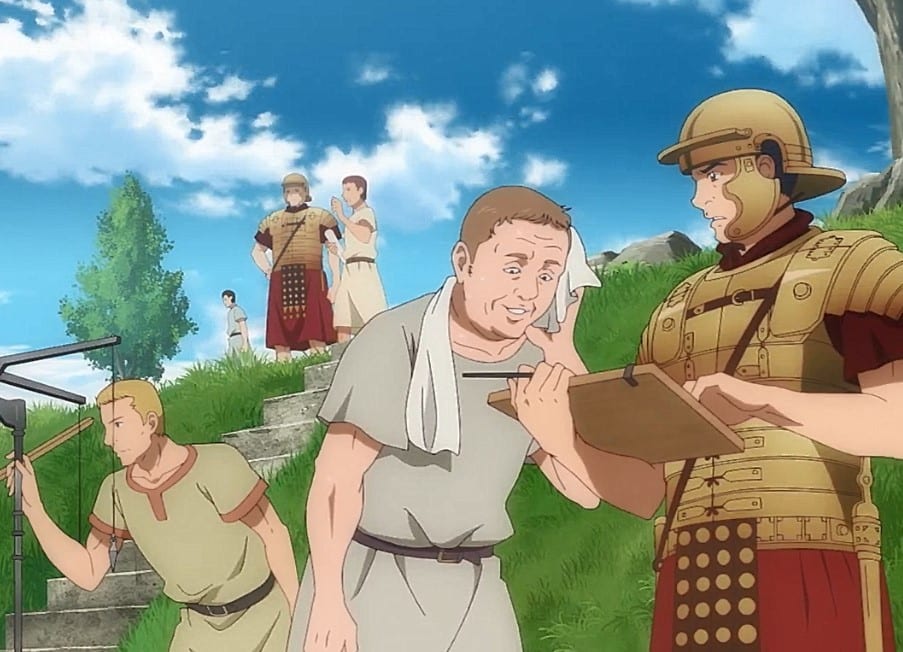 After defeating Emden, Cestvs went back to his daily life and continues to work hard. The next day Cestvs is working with other slave workers who are exhausted. The slave workers are building a paved road that leads them to the Kingdom of Rome. One of the guards whistles and told the slave workers that it’s break time. The slaves are glad that they will get a solid meal since they had not eaten since morning. They wonder why the guards are saying it’s break time when it is time for lunch.

The slave workers head to get food, but Cestvs remains and continues digging. Other slaves told Cestvs that they would run out of food. Cestvs told them to lead the way he will follow later. Due to overworking, Cestvs ended up hurting his hand and started to bleed. While eating their food, the slaves ask each other how many days they have spent so far building a paved road. The blond guy replies that it has been sixty-three days. The black-haired comments that it is too much. The episode is titled Caged Screams.

The slave workers can’t believe that they worked day and night without resting for two months. The blond guy is worried that due to overworking, they are starting to get more injuries. He has noticed that his hands are severely injured, and he can’t even hold a spoon. The slave workers are eating like dogs without using their hands. The blond guy told Cestvs that they would get used to eating like dogs even though they are humans. Cestvs said the blond guy stop complaining and think about what their master taught them.

The blond guy replies that he is sick of being a slave fighter or slave worker. He also shows Cestvs his hands that the skin of his palms got torn up, and he can’t even roll a fist. The blond guy wonders how he will fight or get strong with torn palms. The other guys think that their master has abandoned them. Cestvs gets furious and comments that Zafar would never do that. Cestvs told the guys that he is also tired, and every day he feels like he is inside hell. The fighters realize that Zafar told them to work hard and get stronger. 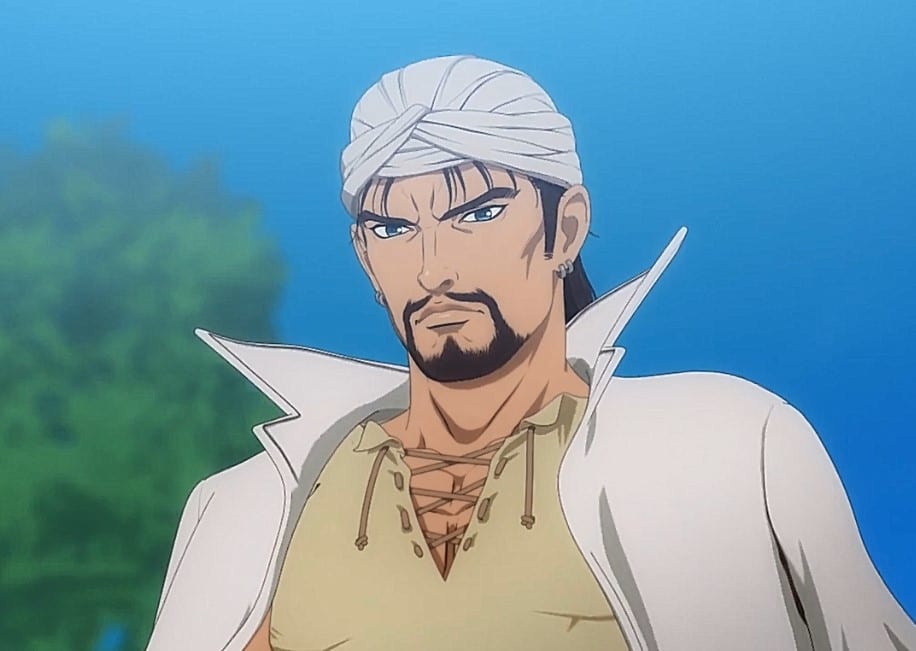 Cestvs believes in the words of his master that they will get stronger, and they must not lose confidence. The boys head back to work, and Zafar watches them nearby without them noticing that he is around. Later Zafar appears in front of his students and told them to stop and put their pickaxes. The students think that he is joking, and Zafar told them to follow him. The blond guy is so excited that his wish is happening. He comments that they can finally say goodbye to this hard work.

Zafar looked back and told them not to get wrong ideas since this is only a temporary interruption. The blond guy can’t believe that they are going to work again. Zafar told his students that they would continue to build the paved roads for six months or more. After, hearing that the blond guy collapses. Cestvs ask Zafar what they will be doing now, and Zafar replies that the troupe leader wants to talk to them.

Later the troupe leader introduces Cestvs to the guys traveling around recruiting exceptional boxers for the tournament to be held by the emperor. The troupe leader reveals that these two guys came here looking for Cestvs. The guys can’t believe that this is Cestvs they have heard off. They wonder if this young man can beat the veterans. The two guys reveal that they have come to announce the qualifiers of the upcoming tournament. After a week, the fighters battled for qualifying.