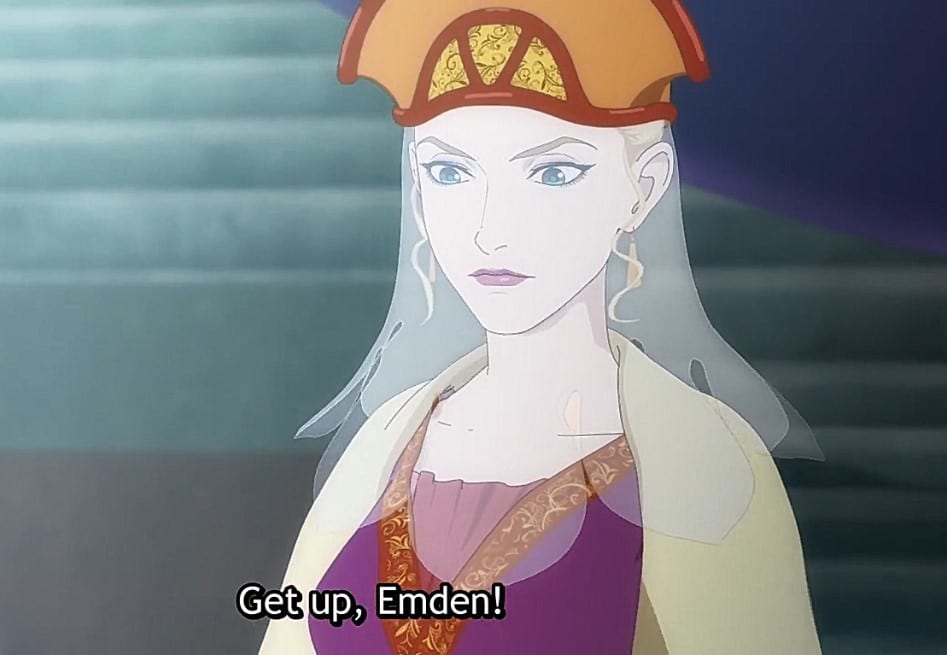 The battle between the rocky Cestvs and veteran Emden is about to conclude. Cestvs got beaten to a pulp. He realizes that he can’t die here, and he has to go for a kill, or he will get killed. Cestvs want to use that technique that his master taught, but he is hesitating. At the stand, Zafar realizes that Cestvs has to strike with a clever mind, and he must abandon his hesitation to escape death. Lady Sabina comments to herself that Emeden must defeat Cestvs and end the battle. The episode is titled Separated From the Goddess.

When Cestvs blood touches the ground, both the fighters started to exchange blows. Zafar comments that Cestvs legs are strong enough to leap far past his opponent. He also said if Cestvs can’t see his opponent’s back, it means he is in perfect position. Cestvs did what his master told him, and he aims for the killer’s move. Zafar comments that Cestvs must imagine his fist as a sword swung with the full weight of his body behind it. Cestvs strike to sever the opponent.

Cestvs attacks Emden with the killer hammer-fist strike: the Decapitator that puts Emden to the ground. Emden’s eyes roll, turn white, and the crowd cheers for Cestvs. They realize that it is a KO and no one could survive the Decapitator. The crowd comments that it was a solid blow. Zafar remarks that they can call that technique a fluke, a technique born from the carnage, a desperate situation. He realizes that Cestvs wielded the hastily-learned technique with unease in training, and his extreme focus transformed it into the real thing.

Cestvs notice that he hit Emden on a mark, and he barely did it in time. The young rocky Cestvs have broken the 50-0 winning streak by KO. Emden is lying unconscious on the ground. Cestvs is glad that he downed Emden with a single strike. Lady Sabina can’t accept that Emden is defeated. She shouts at Emden to get up, and he must stop disgracing himself before the citizens of Pompeii by lying on the ground. Emden manages to move his hand and realizes that if he doesn’t get he will lose the love of his life. 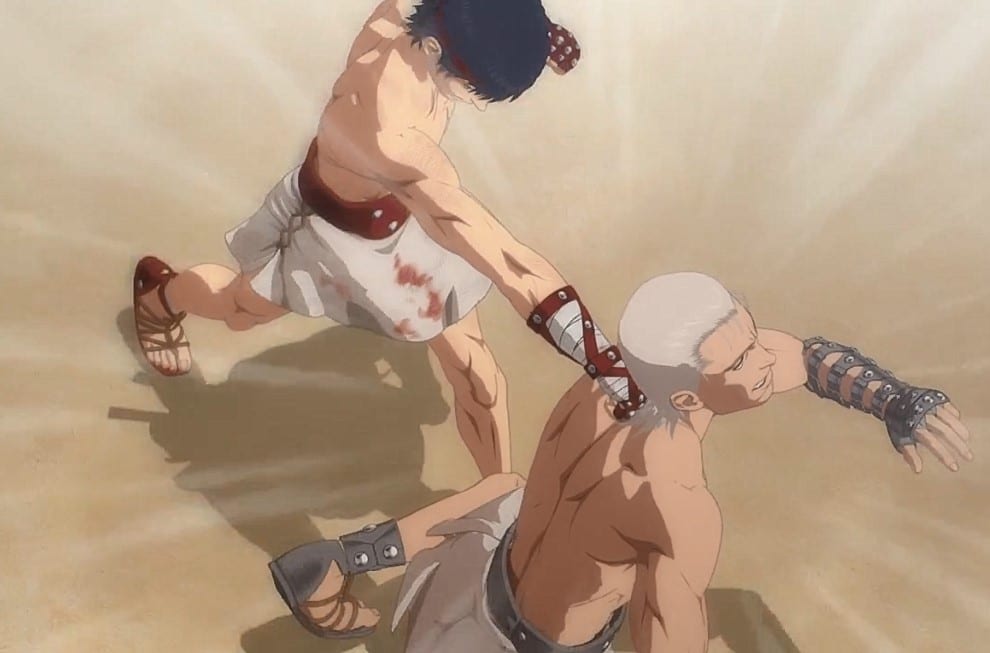 Cestvs and the crowd is shocked that the veteran is about to stand on his feet. He comments to himself for Emden not to get up. But Emden falls on his back, and he is immobilized. The ref announces that the winner is Cestvs. Cestvs and the crowd is relieved that the fight is over. Cestvs’ friend can’t believe that Cestvs has mastered that chilling killer technique. He asks Zafar why Emden’s technique was the, but the striking at the same spot was different. Zafar replies that he has been thinking about the same fight during the fight.

Later Emden wakes up wondering if he has lost the fight. He asks Cestvs who he is to defeat him. Cestvs replies that he is a fighting slave just like Emden and not nearly as experienced as him. Emden’s fans started to scold him asking him how he can lose to the kid. They wonder how the strongest fighter in Pompeii loses to the unknown kid who has no fighting record. The fans shout at Cestvs to kill Emden since he is a disgrace. They chant the kill, kill, kill song and comments that they will bet their all money on Cestvs.

Cestvs get furious, wondering how these people can ask for someone’s death so quickly. He stands up for Emden since he can’t see someone stronger getting insulted. The fans are surprised that Cestvs has raised his thumb, signaling that he is sparing Emden’s life. Cestvs realizes that the fight is over, and no one has a further judgment about it. The fans are not pleased that Cestvs is siding with the loser. Lady Sabina gets up and told everyone that the fight is over. No one goes against her words, and they accepted.