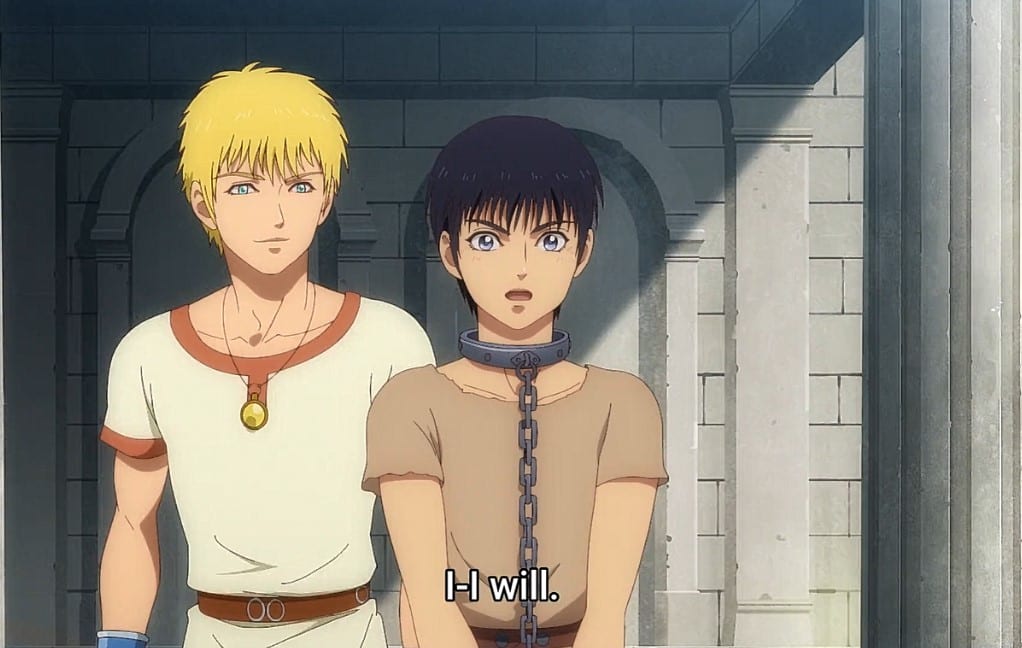 Zafar and Cestvs have arrived at the town to prepare for the upcoming fights. Cestvs is stunned by the look of the town since he has never been in a place as beautiful as this. He is chained on his legs and hand with a collar on his neck. That proves that he is still a slave fighter they don’t want to lose. But Cestvs has decided to fight his way up to earn his freedom like his master Zafar. Cestvs has found that Ruska Dumetrius’s son and is also participating in the tournaments.

Ruska has inherited his father’s fighting skills, and after his victory, he breaks his opponent’s hands or legs. He was just like Dumetrius when he used to break his opponents. He is the one who ends Zafar’s career by breaking Zafar’s left leg. Cestvs is using Zafar’s style of wearing his opponent and then counter with ko. During their travel, they met with Ruska, who has just pulverized a pro fighter. Cestvs great him and Zafar realize that the two get along, and it is not the first time they are meeting.

Ruska asks Cestvs if he got an invitation from Emperor Nero. Cestvs agree, and Zafar told him that he would be waiting for him. He decided to let the two have the boys talk. Cestvs wanted Zafar to come with him, and Zafar said he was not invited. But Cestvs must not forget to be courteous. Ruska told Cestvs to follow him, and on their way, Cestvs hears music and loved it. Nero arrived and told Cestvs that he is the one who played the music.

Roxanne was guarding Nero, and he told her to leave. He chats with Ruska and Cestvs. Roxanne met with Nero’s mother and told her what Nero is doing. Nero’s mother can’t believe that Nero is hanging with some random slave fighters. She got furious, and Roxanne reveals that Nero says he’d like to cancel his audience for the day. Nero’s mother wonders if those slave fighters are so important that he has to attend them and leave his duty. Nero has liked Cestvs after seeing his performance in his last fights.

He realizes that he is still young, and he still loves to hang out with youngsters like him. But his mother wants to focus on his Emperor work and hang with the oldies who still believe in an old style. Nero is not happy about the fighters who are treated like a slave, but he has to obey the rules of his kingdom. The citizens love to see youngsters fighting with pro fighters. He asks Cestvs why does he fight, why he stays in such a cruel and harsh place. Ruska was also asked the same question, and he is the first one to answer. 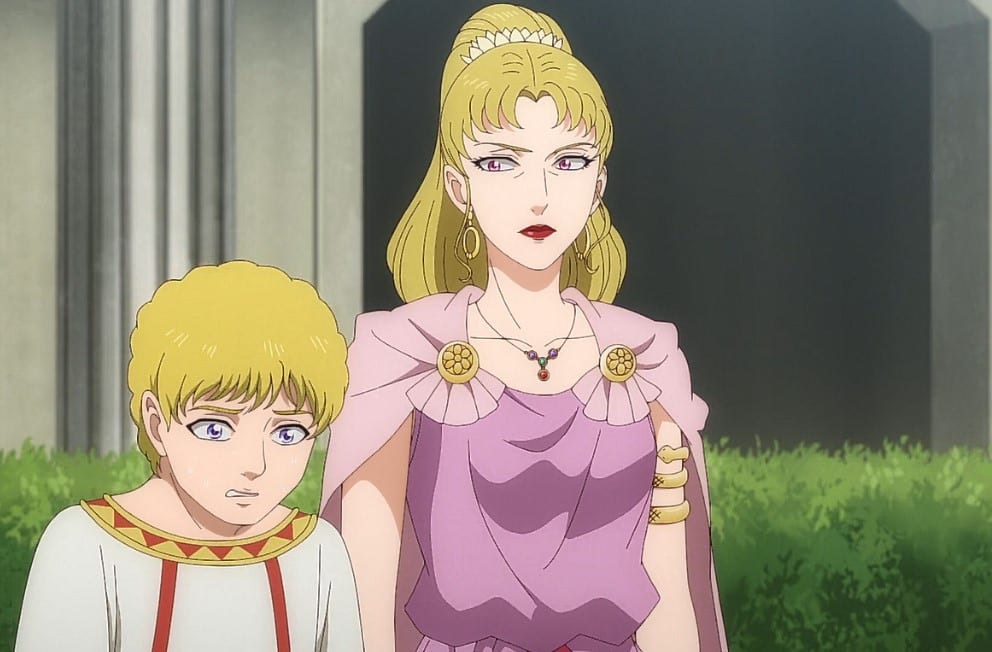 Ruska reveals that his father taught him to fight so that he could become a guard. He fights in the Arena to hone the skill he will need to protect the Emperor. Nero is relieved that Ruska has a reason to fight. He looks at Cestvs, who said he does not fight because he wants to. But he has just decided to use his fist to fight and earn freedom since it is all he has to do in life. Nero feels pity for Cestvs, looking at how his body is chained. Nero comments that Cestvs might end up not finding the freedom he is looking for.

He also comments that no one can choose their place solely based on their own will. But their place is determined by their era, their country, their parents, and capricious gods. Ruska wonders if this delicate man is his Emperor. Cestvs wonders if Nero is not happy. But he stands at the top of the Roman Empire, and Nero’s mother arrives. She reveals that Cestvs and Ruska will fight each other, and Nero begs her mother not to do that. Meanwhile, Dumetrius told Zafar to follow him; they are about to see something interesting.

Nero’s mother comments that it is the gladiators’ job to fight. She reveals that she is Empress Dowager Agrippina, and she commands them to fight. They battled, and Cestvs got chocked. Nero shouts that he doesn’t want to be an emperor and he is not a slave. His mother got angry and left. The battle between the two ended with a draw. Later Nero’s mother realizes that she was rude to Nero. She mends her ways, and later, she heads out with the fighter and takes down the goons who were rampaging.