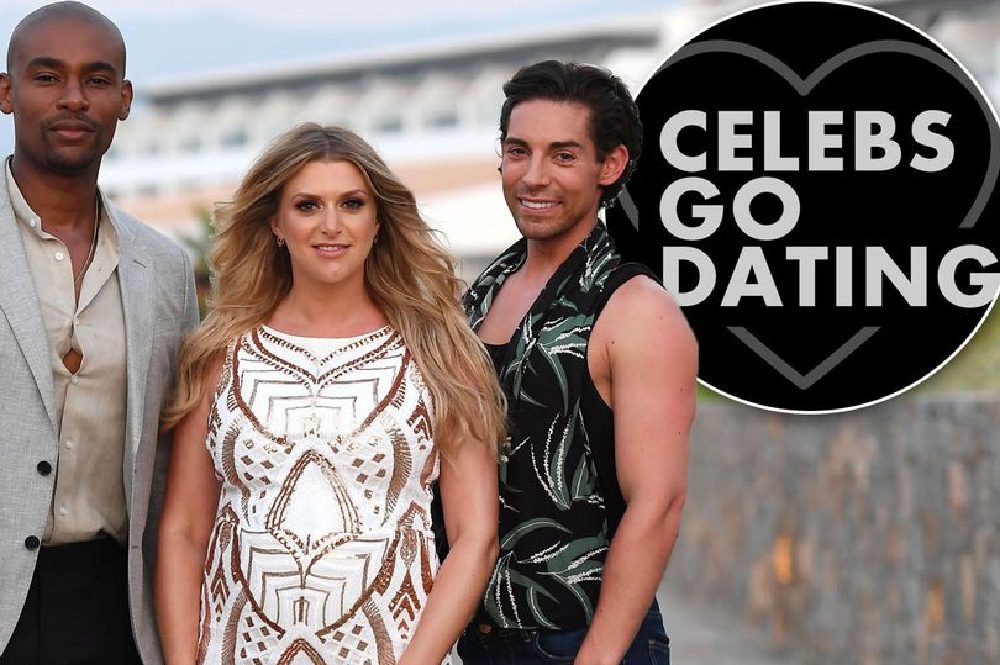 Celebs Go Dating follows a group of celebrities who are single as they try to find their true love. The E4 show first kicked off in the summer of 2016 with stars like Stephanie Pratt, Joey Essex, and Charlotte Crosby having registered with an exclusive dating agency. Celebs Go Dating Series 9 is back, and it looks like this upcoming series will be an interesting one. The previous year, the E4 show had its first virtual celebrity dating series and included Pete Wicks, Shaughna Phillips, and Chloe Ferry – to name a few.

However, this year, things are back to their roots, and viewers will see celebrities dating normal people without social distancing restrictions. E4 has finally confirmed its Celebs Go Dating lineup, and TOWIE fans are excited to see Chloe Brockett on the show. Plus, Made in Miles Nazaire from Chelsea and two stars who married at first sight.

The celebrity was documented while filming in November, but if history teaches us anything, it’s that we have months before it returns to TV. Filming for the previous series started in November but aired in February and March of next year, so we have a few months left. So we can conclude that Celebs Go Dating Series 9 will air around February 2022. Curious what the Celebs Go Dating Series 9 lineup will look like? So, here it is.

Also Read: Reality Steve Bachelor In Paradise Latest Blog: What is it About?

In news that will surprise no one, MAFS UK’s most controversial candidate is turning to reality TV after her surprising (and short) stint on the show. Hopefully, she can behave a little better at her dates than she did at MAFS night.

After a fifth of the biggest boy band of the ’90s, Abz signed up with the agency after trying to continue his pop career with Boyz on the Block, which consisted of other young former pop stars and stints with Celebrity Big Brother starring in 2013 at where he took second place.

In 2015, he was seen flogging his BRIT award on eBay to help fund a home garden project.

Three years after her divorce from advertising executive Brian Monet got finalized, Ulrika hopes to find husband number four through the agency. She announced she hasn’t had been in a physical relationship with anyone in eight years in 2019, so we hope Paul and Anna can help her find a little corner.

Ah yes, this is the person. You may recognize Mark-Ryan from The Apprentice in 2019, but you maybe not. He is now best known as a political commentator and columnist for The Daily Star but seems to be hoping to turn into a reality TV personality.

She became very famous on Australia’s MAFS, but it looked like Jessica Power was all set to be a hit on British reality television.

Like his Essex counterpart, Miles Nazaire has been the focus of most Chelsea love dramas lately for misleading Ruby Adler and MaevaD’Ascanio’s relationship – but that hasn’t stopped him from rising up more.

Despite her complicated love life, Chloe Brockett hopes that someone can hook her up with someone in the series who might be something special. She’s been till now linked with co-stars James Lock, Gatsby, and Love Island turned Essex star, Jack Fincham.

Along with Paul Carrick Brunson, who made his debut on Celebs Go Dating in season five, Anna Williamson took over from Nadia Essex in season six. She started her career at CBBC and has experience as a journalist and life coach. Anna also said that when Paul utters a serious word, everyone still falls in love with him.

Anna comes from a caring environment as a life coach but isn’t afraid to call someone if she thinks their behavior is inappropriate or insincere.

The first and second series Celebs Go Dating aired weekly at E4, with weekend repeats on Sunday mornings. The third series was supposed to end on September 29, 2017, but an episode that was scheduled to air on September 15, 2017, did not air as it appeared to be airing shortly before its scheduled airing. The show’s social media accounts even released a trailer for that evening’s episode hours before it aired. An E4 spokesperson cited “editorial reasons” and said the show would return Monday (September 17). In the fourth series, Celebs Go Dating aired during the week and on weekends, but there were no episodes on Fridays or Saturdays. The Celebs Go Virtual Dating series aired weekly on Monday nights, making it the first time the program has aired weekly.