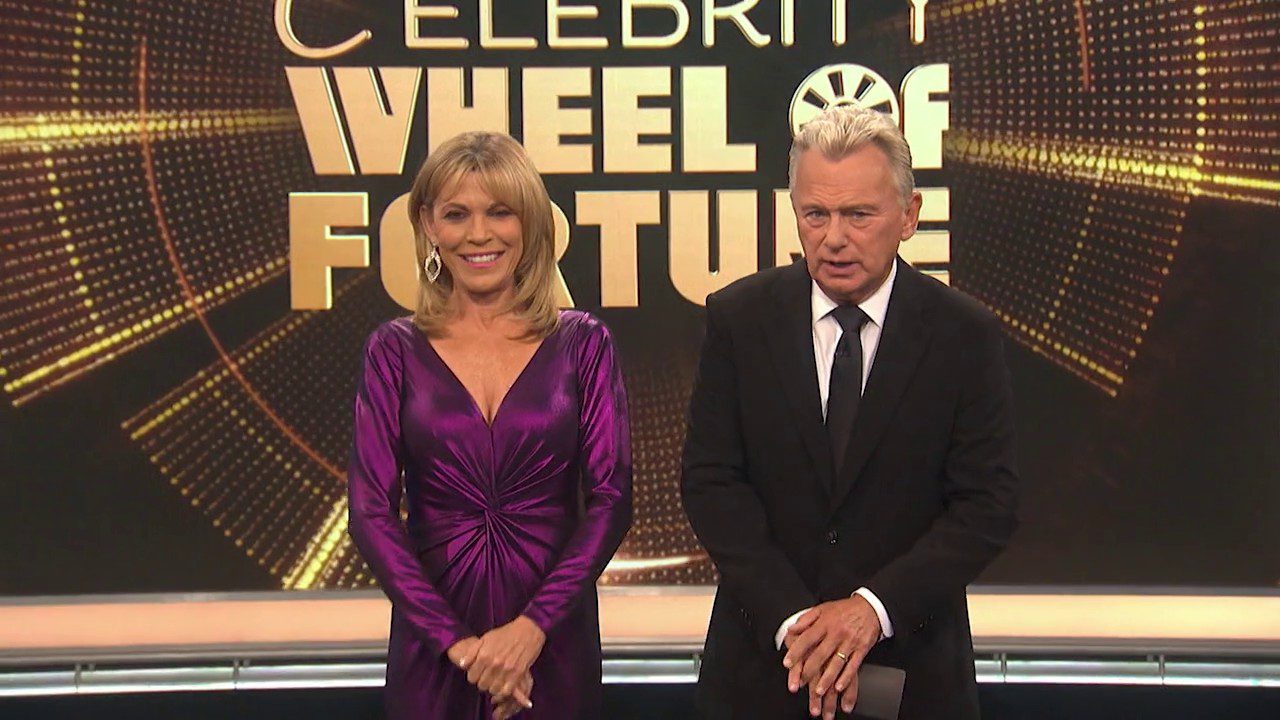 ‘Celebrity Wheel of Fortune’ Season 2 Episode 4 brings quite a similar mix of celebrities. We have a celebrity who embraced the 90s with her teenage sitcom. Then there is someone who is doing something similar on Netflix. Also, the same is done by the third celebrity in an iconic movie. But before we get to all of that, we had Teen Idol Donny Osmond joining the show recently. Tagging with him was a comedian known for shows like Curb Your Enthusiasm and The Goldbergs, Jeff Garlin. Lastly, the star who embraced Glee with her performance, Amber Riley.

So each one of the celebrities has their charities and was playing for the same. Pat didn’t waste time staring at the quiz rounds quickly. Donny was doing decent while Jeff was completely struggling. Meanwhile, Amber was taking wins after wins. There were several times Jeff actually had the upper hand, and it seemed like his misfortune came upon Donny. Why? because he started choosing the wrong letters. This did cost them the million-dollar wedge twice in the row. Amber Riley, on the other side, was the highlight of the evening despite having a few bumps here and there. So anyway, here is a complete breakdown of what went down recently on the show and what we can expect from ‘Celebrity Wheel of Fortune’ Season 2 Episode 4.

Previously on ‘Celebrity Wheel of Fortune’, we had Donny Osmand, Jeff Garlin, and Amber Riley spinning the wheel. Pat began the show quickly, throwing the first question in the category of Phrase. Amber got it right quickly too. Post that, introductions came into play. Amber Riley’s charity is “A Place Called Home.” Here they teach people how to plant, sustain life, and live happily on their own. Donny Osmand has “Caesars Cares,” which helps a lot of fo people financially. Particularly in Las Vegas due to the fact it was hit heavily during a pandemic. Lastly, Jeff Garlin has “Fudge Cancer” where they teach about Cancer Prevention. 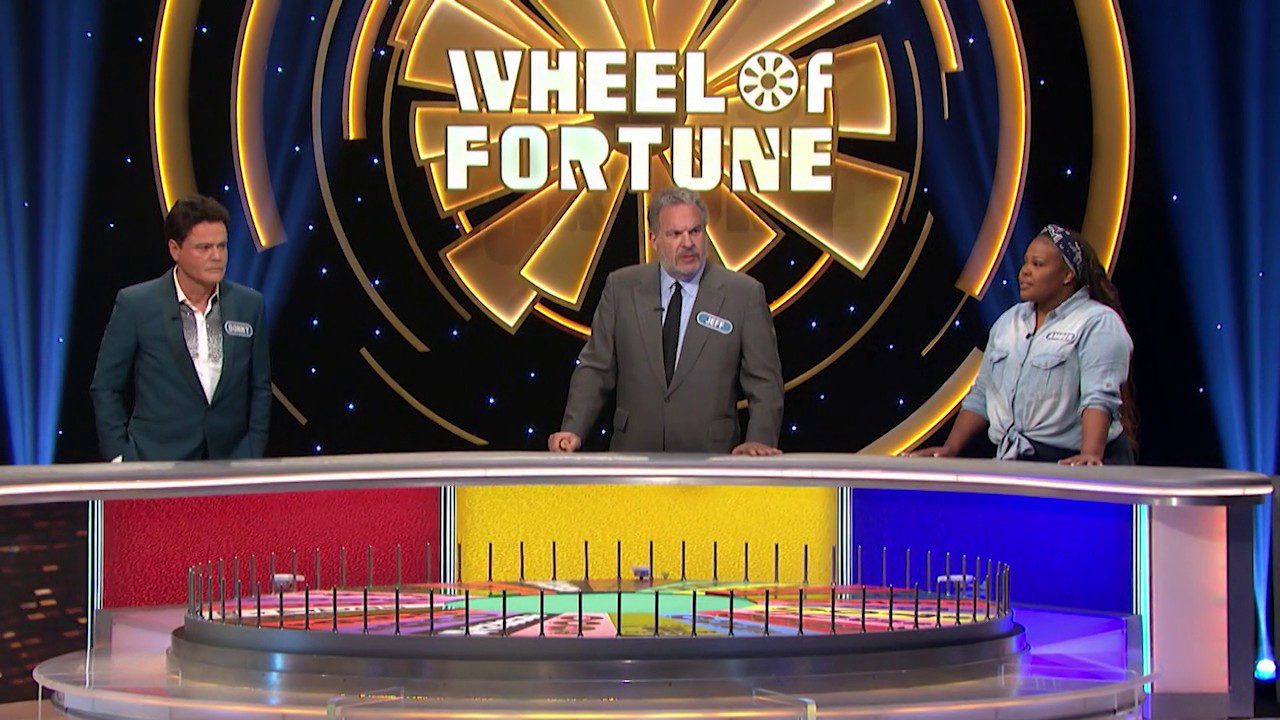 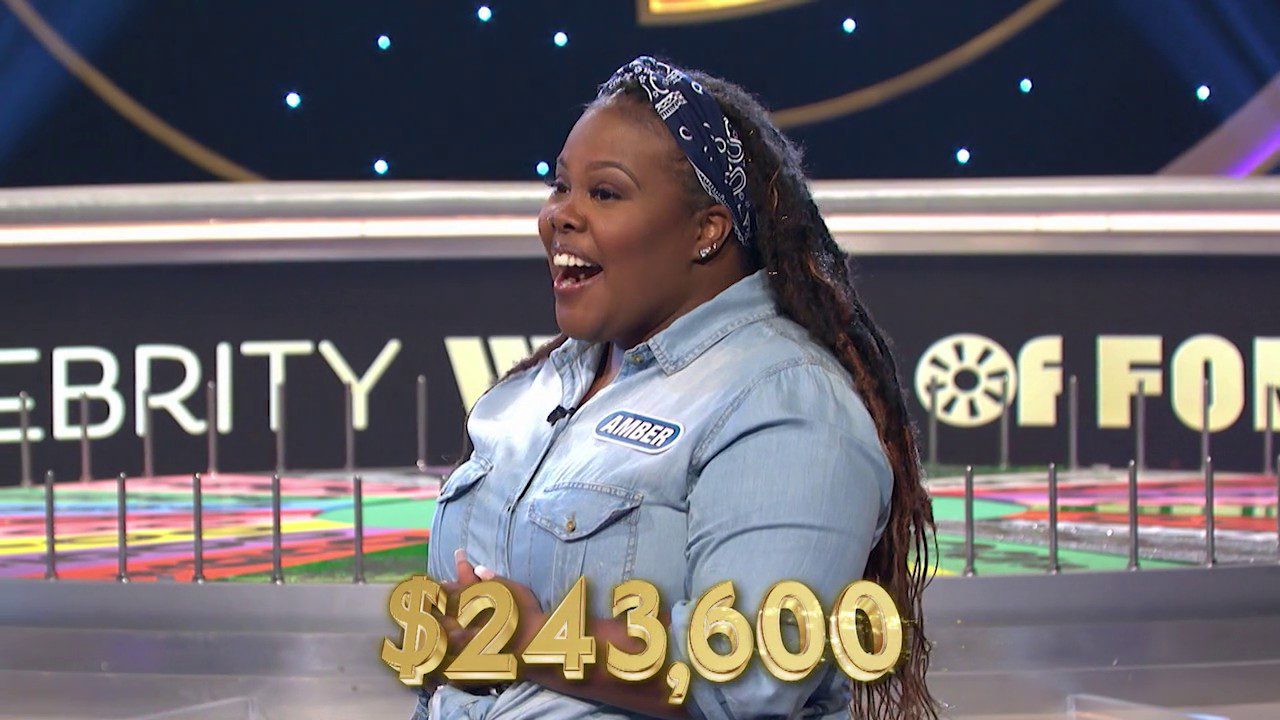 The second half began, and after playing a 70s Song Lyrics round and movie quiz, even Amber went Bankrupt. But still, she managed to guess in her second turn to grab a $5000 bonus. Post that, even Jeff won a million-dollar wedge until he lost it on the second buy. Amber on her side got the million-dollar wedge and, in turn, also guessed the phrase right. After another number of few rounds, Donny Osmond had a total of $30,000 for Caesar’s Cares. Then Jeff Garlin is getting the same too. Amber played her Million Dollar Wedge spin to win a total of $243,600.

Also Read: The Outlaws BBC Release Date: What Is The Comic Crime Thriller About?

‘Celebrity Wheel of Fortune’ Season 2 Episode 4 is releasing on 17 October 2021. So who joining the show this time around? Well, first, we have Melissa Joan Hart. A popular TV face you may remember for shows like s Clarissa Explains It All, Sabrina the Teenage Witch, and Melissa & Joey. Next, we have Emmy Award nominee Tituss Burgess who is popular for shows like Unbreakable Kimmy Schmidt. Lastly, Lacey Chabert from shows such as Party of Five and The Wild Thornberrys, and movies such as Mean Girls and Dirty Deeds.

Although there is no promo for ‘Celebrity Wheel of Fortune’ Season 2 Episode 4 yet, you can check out how Amber Riley won the second bonus round from the recent episode below.