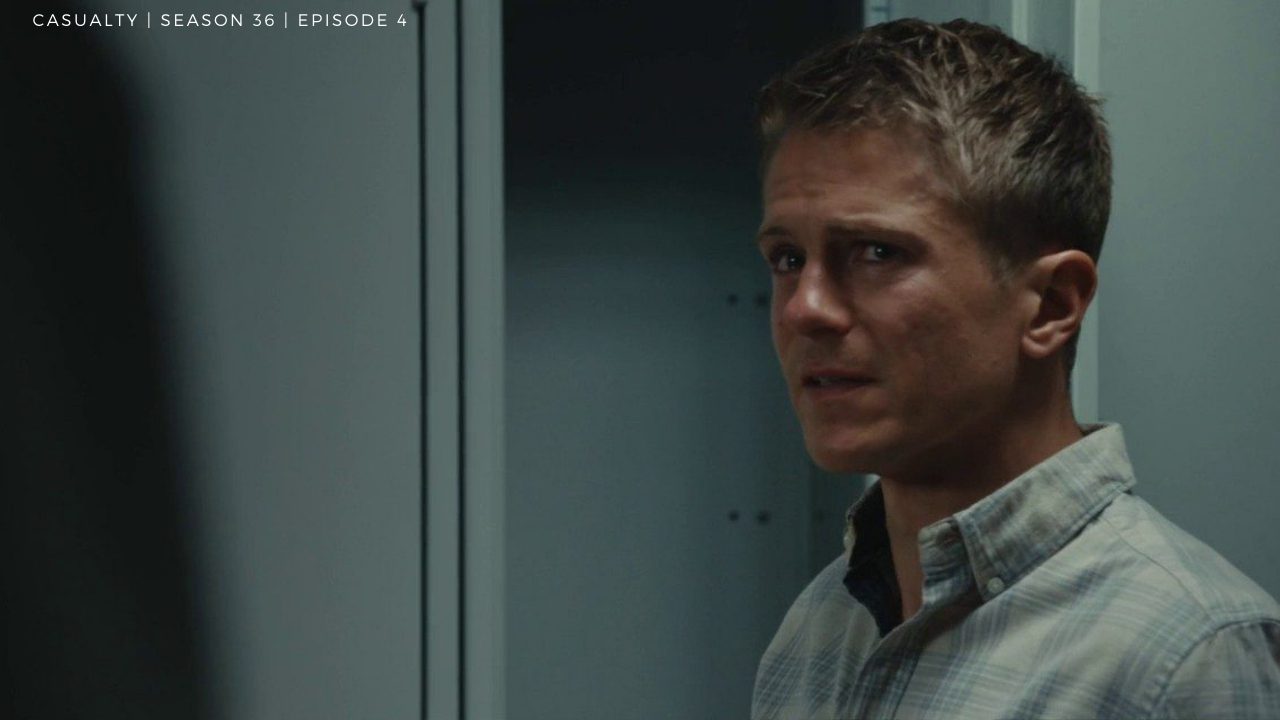 Casualty Season 36 Episode 4 will be another time a personal issue is affected by an outsider. This time it involves Iain. Ethan is probably a  prime example of how personal issues becoming public could hurt you to the core. Especially when you are grieving. At least that’s what is happening in Casualty when he gave away his baby Bodie to his parents to take care of. Almost everyone at the hospital knows, and soon someone he is not having great relations with lately. Yes, it’s Matthew who had some strong advice for Ethan. But Ethan might not be willing to take it.

Ethan and Matthew’s matter would have quickly gone towards kicks and punches unless someone hasn’t interfered. But luckily, someone did. Apart from that, we saw a couple who are about to have a baby reach out to the hospital. A gender reveals machine had went band and hurt the mother quite a lot. As the couple made up with each other, at the same time, Jan saw her relationship falling with Ffion. So here is a breakdown of all of these events and how they may affect Casualty Season 36 Episode 4.

Previously on Casualty, the episode opened up with Ffione injuring herself as she chased down a bunch of teenagers. Jan found out about Ffione through the flowers that had come for her. Meanwhile, a couple named Eli and Nikki are having trouble spending time together thanks to Eli working on something. He reveals it to be a gender reveal cannon for their baby. Nikki tries to turn it on so that they can finally know it results in the cannon blasting. In the process of injuring the pregnant Nikki. Jan and Iain later come by to rescue them. 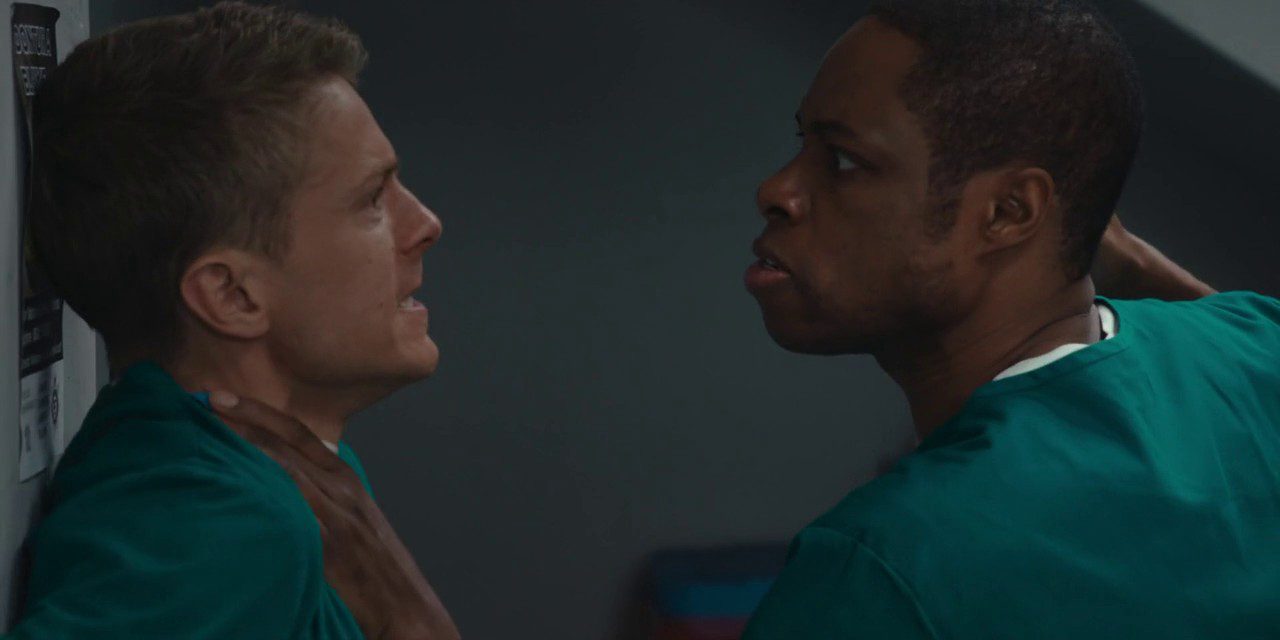 Back at the hospital, Robynn sees Ethan giving away his baby to his parents. In just a matter of time, the topic becomes a discussion at the hospital. Soon Matthew, with whom Ethan had his own grudges with finds out about it as well. Ffion has got a nail stuck in her leg and is really not really happy to see Jan comfort her around. Ethan takes care of the pregnant Nikki brought to the hospital. Meanwhile, her husband Eli blames himself for the mistake and watching her wife like results in him receiving a panic attack.

Through Rash, Ethan finds out about him and Bodie being a topic of discussion. Matthew later tries to talk to Ethan and tries to convince him to not giving away the baby. A lot of personal past involving Fenisha’s death comes in arguments. Meanwhile, Ffion finds out that although the nail is removed, further check into for injuries reveals she might be having cancer. 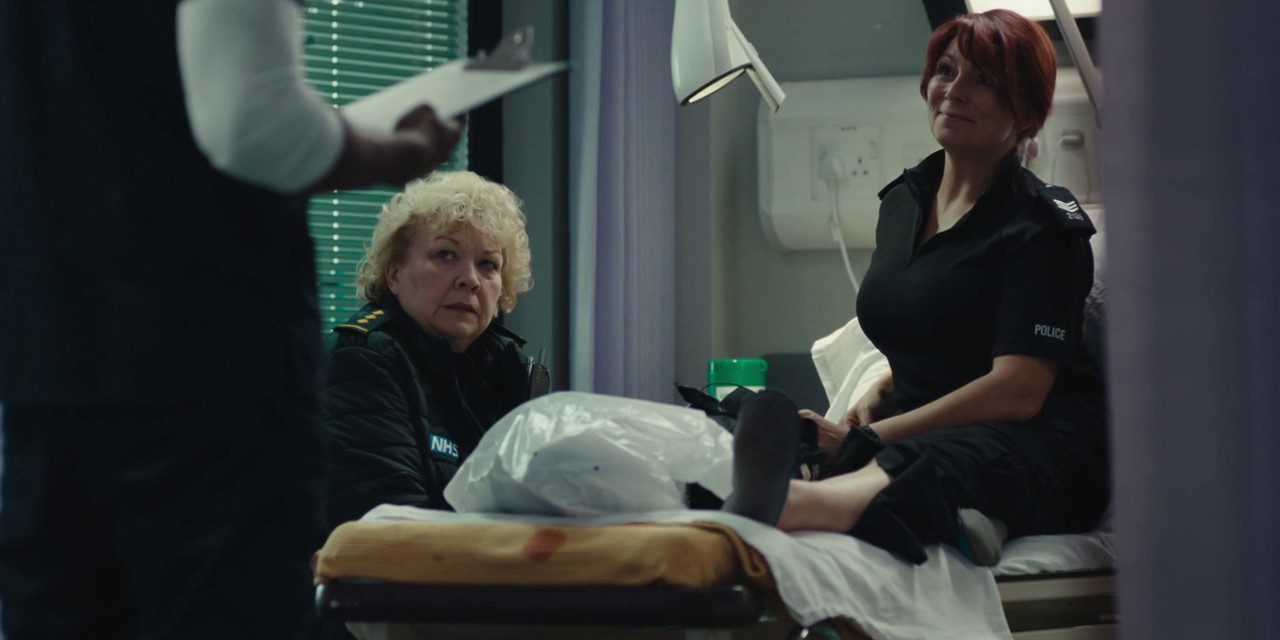 Ethan and Matthew take their heated argument in front of their patient. They almost get into a fight later on in the corridor. But Dylan interrupts and gives them a much-needed lesson. Matthew comforts Eli, who is afraid that he might not be able to handle the pressure of being a father. Nikki, on the other hand, talks to Robynn about how she believes Eli just needs more time. The baby is fine now.

Robynn later, who started the conversation, talks to Ethan and tells her all they want is to help him. Stevie and Robynn later arrange a small gender reveal party for Nikki and Eli. The episode comes to a close with Matthew revealing Fenisha loved Ethan. Lastly, Iain comforts a sad Jan who has come after realizing Ffion doesn’t want her around anymore.

The official synopsis of Casualty Season 36 Episode 4 says Iain’s interference between the issues of Tina and Jacob might lead to heat. It’s either between them or against him. Well, we already had an insight on how things go down when you get into someone’s personal space in the recent episode. Apart from that, Jade has an awful secret of his own, and he lets it out in front of Stevie. Now what the secret is and how long it is a secret remains to be seen.