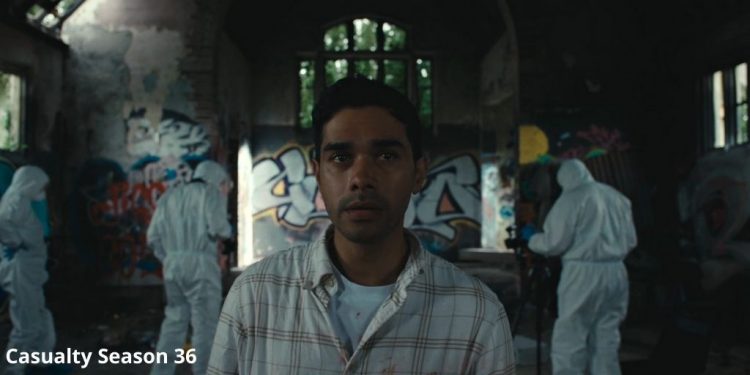 The longest-running tv series in the genre of medical drama around the world has got the fans anticipated about the next episode, that is, Casualty Season 36 Episode 14. The events of the previous episode gave the viewers a lot to experience and process. Moreover, things got difficult for Rash when he was kidnapped by the gang of Hafsa. Meanwhile, things started to fall apart at the hospital when a new booking system was put up without informing the other doctors. On the other hand, Dylan had to look after a patient named Paula Kettering due to her complicated condition.

The British television show first came out on 6th September 1986. Furthermore, it got quite successful with the first season, and the showrunners moved ahead to greenlight more seasons in the series. Since then, it has been a long and successful journey as we are now in the thirty-sixth season. The popular British writer Jeremy Brock created the show along with Paul Unwin. Meanwhile, the current series producer is Loretta Preece.

The show has had various stars play different characters on the show throughout the years. However, the current cast members include Derek Thompson, William Beck, Amanda Henderson, Charles Venn, Neet Mohan, and many more. Season 36 of the series kicked off on 14th August 2021, and the viewers have loved it till now. Although, now they are excited to watch Casualty Season 36 Episode 14. But before we discuss the release date and possible spoilers of that episode, let’s find out what happened in Casualty Season 36 Episode 13.

Episode 13 of Casualty Season 36 came out on 27th November 2021. Moreover, the episode was titled “Retribution”. The episode began with Rash on his way to the hospital talking to his dad on the phone. But soon a group of men arrived in a black car from behind and kidnapped him. On the other hand, the hospital staff was having problems after a lot of patients had booked appointments in advance. This was all happening due to a new booking system that the staff was not informed about. However, Dylan knew about it, so David asked him to do something about it.

Whereas the kidnappers had taken Rash to a secret location, and Rash kept asking why have they brought him there. Soon, he saw Hafsa in a really bad condition, all beaten up and bleeding. She probably had one of the arteries cut, so the bleeding was not stopping. Rash asked her who did this to her, and she told him that someone snitched about her to the police. Rash had an idea that she was probably talking about him as he had called the police to get out of this mess. Although, they didn’t know about it and had brought Rash to help treat Hafsa. Meanwhile, at the hospital, Dylan was fighting for Paula to get her proper care as she could not take give birth without any assistance due to her disability.

However, in helping her by calling the child services, he unintentionally got Paula furious. The child services had taken her other baby before, and now they would take it away again, and she blamed Dylan for it. On the other hand, Rash told the gang that he snitched when they were about to kill Rayan thinking that he was the one. However, Chauncey didn’t hurt Rash since he could only save Hafsa. But they could not take her to the hospital as Hafsa’s men bailed on them. So she started to fade, but before she died, she made Rash promise her that he would inform her family before the police did. But when Matthew found Rash’s location, he told Rash to call his dad, who was worried for him. Although, Rash told his dad that he had to fulfill a promise he had made.

After the events of the previous, the fans are eager to know how Rash moves forward seeing Hafsa die. “Casualty Season 36 Episode 14 will release on 4th December 2021 at 9:15 pm on BBC One.” Furthermore, the episode will be titled “Remember Me, Part One”. The next episode will get quite interesting and thrilling for the fans. We will see the team trying to keep up the supply of oxygen in the emergency department. Whereas an old patient will get back to take his revenge. So stay tuned for the upcoming episode coming out next Saturday.

The popular British medical drama has once again attracted the attention of the viewers with its ongoing season. That is why the viewers are searching about where to watch Casualty Season 36? Well, the answer to that is quite simple. “Casualty Season 36 airs every Saturday on BBC One around 9 pm in the U.K.” Furthermore, the show is available to stream on BBC iPlayer in the U.K. Whereas, the viewers in the United States can stream the show on Amazon Prime Video through Britbox.