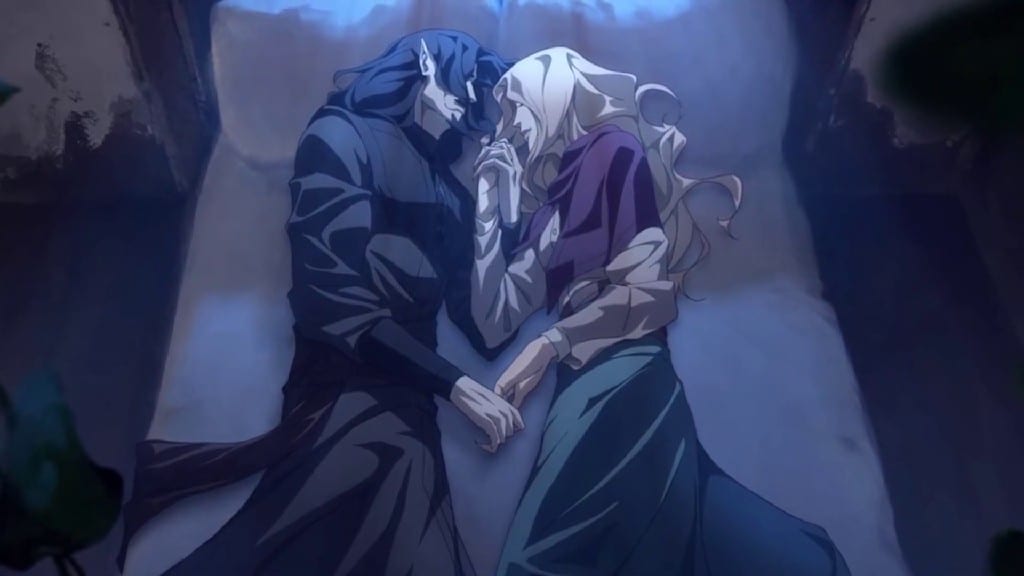 The Fourth Season of Castlevania brought the story of the Netflix Original anime to a conclusion. We finally have some happy endings after a long-fought battle with Rebis and then on with Death itself. Now things are building up, families are growing, and humans and vampires have a new life to look after. This was a memorable run for sure. Castlevania first arrived on our screens in 2017. Warren Ellis created the show based on Konami’s Japanese video game series of the same name. The show became a popular entry on Netflix in its release month and was applauded for its animation and storyline.

So, keeping nostalgia aside, Castlevania still managed to give us a handful of ending. But are good things always supposed to end? Because it’s said that we might be getting a spin-off of the series soon. So yes, we can keep the tears away for a while. Until then, here we are taking a look at how the show went down in its final season and what the ending meant. Of course, there were a few huge shocks to look at from Trevor’s return to Dracula and Lisa being alive. So let’s take a look.

What Went Down In Finale Of Castlevania Season 4?

The fourth season of Castlevania saw Trevor, Alucard, Sypha, and Saint Germain go head to head against Rebis. Eventually winning the battle while Trevor went ahead to face Death all on his own. As powerful as Death seems, Trevor takes his special dagger out. After knockouts here and there, he manages to have an upper hand attack on Death to a powerful explosion to silence. It seems like Trevor took out Death with him to mark the end of the battle. All on his own. 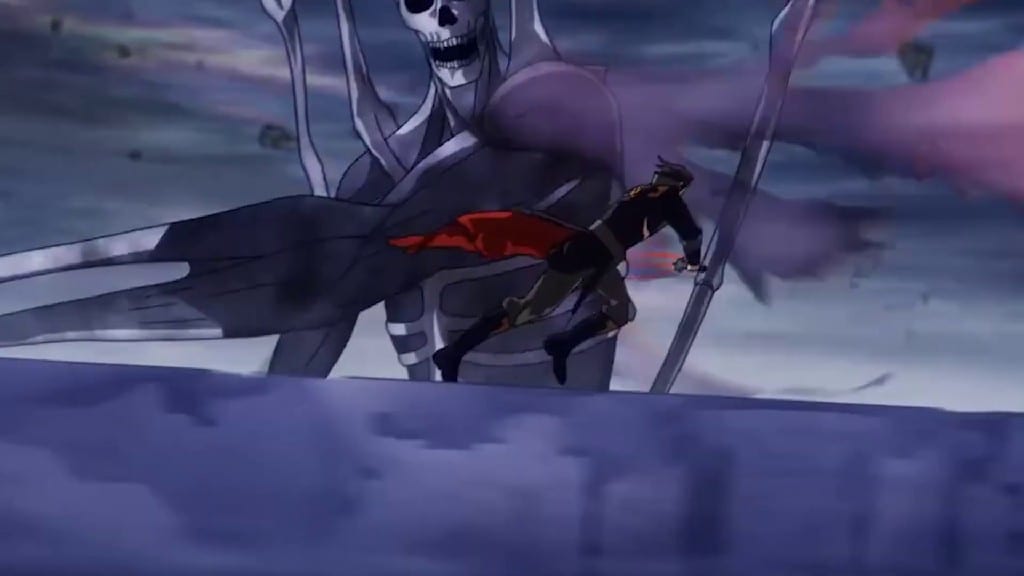 A Still From Castlevania Season 4 Featuring Trevor and Death

Following the battle with Death, we see Alucard building up a new life for the people of the castle. Thus, naming the town in honor of Trevor as well. As he builds a life for the people of the village, so does he for himself. He is joined happily by Greta and they look forward to a promising future. Furthermore, Sypha is with them who also happens to be Pregnant, and is looking to leave. Especially since she doesn’t want them to cause trouble anymore but they insist she stays until a horse rider arrived giving away a big shock to our characters.

Another focus of the Season 4 was Carmilla looking forward to emerging as the powerful one. She plans to enslave humanity to her will. In answer to that, Issac leads up his own rebellion as he marches to her castle. He takes his own shot at the to destroy her and eventually reconciling with Hector.

So, the mysterious horse rider arriving at the village is revealed to be none other than Trevor himself. Yes, he indeed survived the battle with Death. How did he do that? Trevor reveals that during the final moments of his battle with death. As he swung the dagger from Targoviste on the spirit, Saint Germain opened up an Infinite Corridor to trap him inside. Thus, saving him from becoming a victim of the impact the dagger was about to cause. He further explained the utmost strength the weapon holds and how he has been planning to return since that day. Thus, the group rejoices. 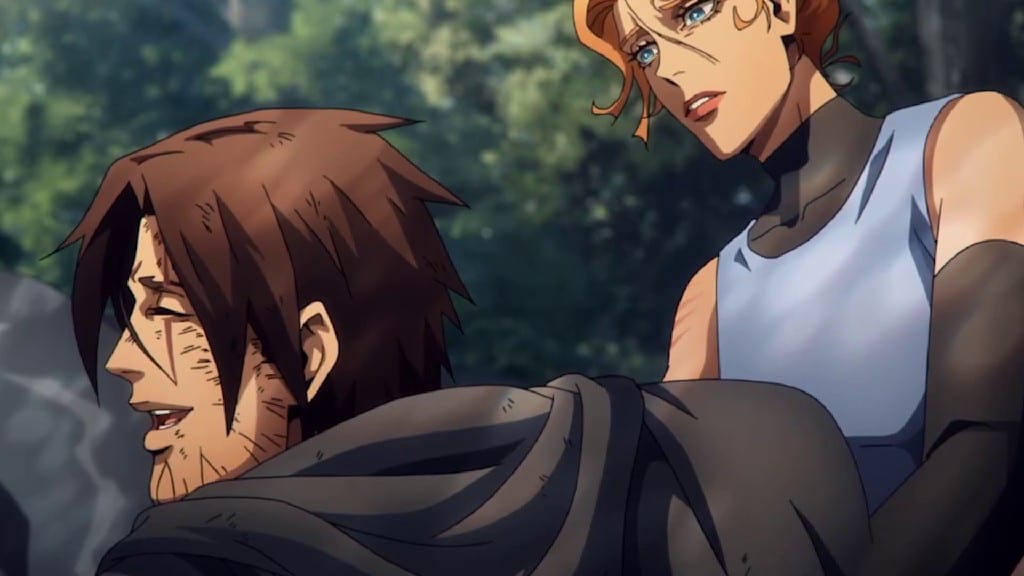 A Still From Castlevania Season 4 Featuring Trevor and Sypha

On the other side of the story, we see a discussion on Hector and Lenore on the impact of her Vampire sisters in her lives. She is sick of being a puppet and doesn’t like being under someone anyone. So she walks towards the balcony and decides to end her life under the very sunshine.

Now coming to the most breakthrough moment of the finale is Dracula’s resurrection. Yes, Dracula did survive and so did Lisa but their resurrection was not explained by the show. For the time being, looking at Saint Germain’s spell, we thought they were supposed to infuse together. But anyway, taking a different turn they are brought back into their own bodies. Lile Lisa says nothing makes sense for this.

If we listen to executive producer Kevin Kolde. According to him, Saint Germain uses Death Magic and puts them inside Rebis’s body. They will unhappy forever killing millions every day. But, when Trevor took out his holy water to destroy Rebis resulting in Dracula and Lisa’s souls being dispatched. That’s how they are brought to the mortal world from the hell. Thus, also going back to their own bodies.