Castlevania Season 3 Recap and What To Expect From Season 4 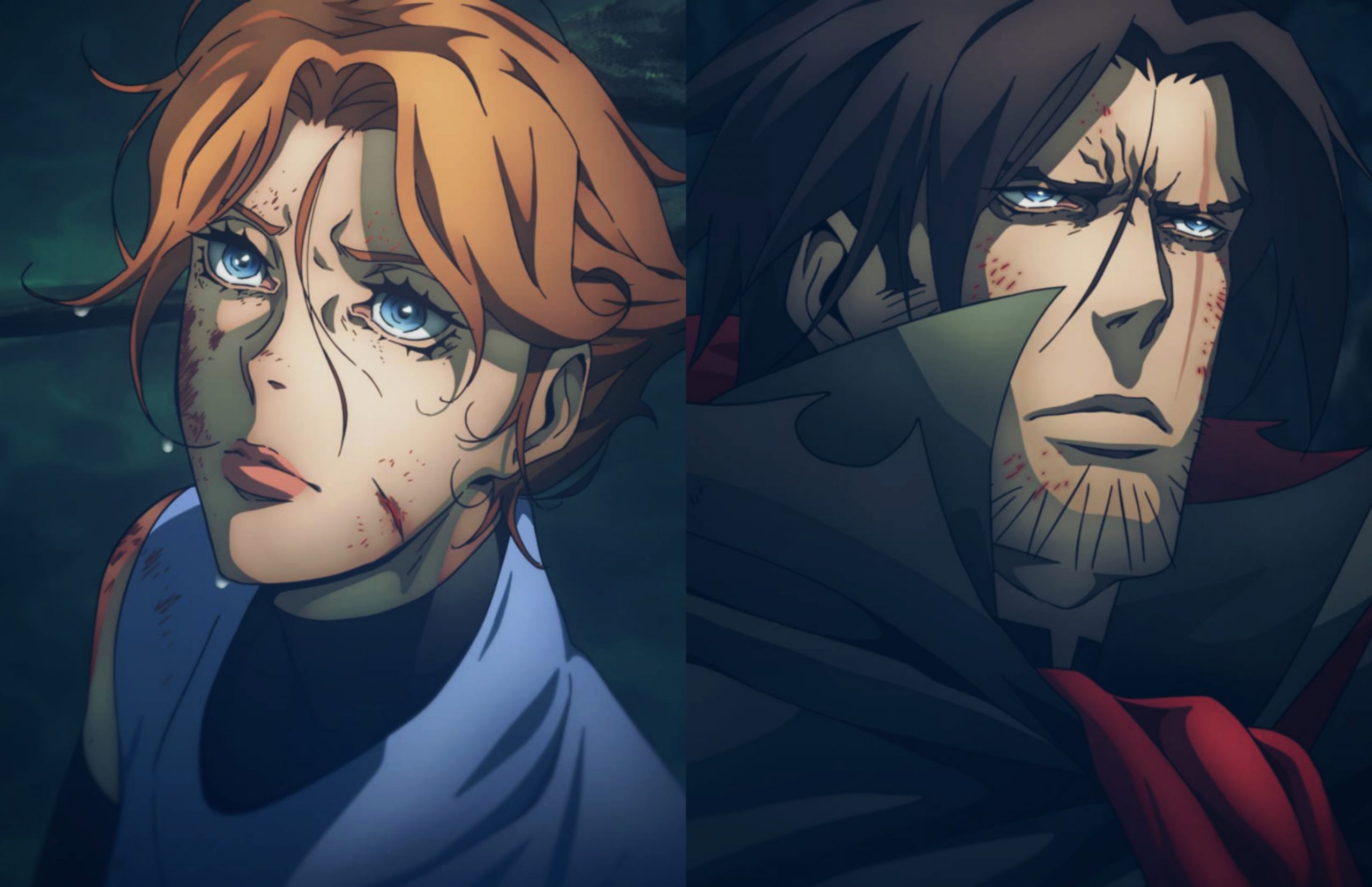 Netflix has a rapidly growing number of original anime. Out of many great series that Netflix has released in the past few years, Castlevania is one of the most exciting horror anime created. The adult anime has an IMDb rating of 8 out of 10, which is considered fairly well established—the first season aired in 2017, followed by two more seasons. The anime has been adapted from the Japanese video game Castlevania.

The anime has a total of only 22 episodes throughout seasons 1 to 3 making it easy to binge. The first season has four episodes, the second season has eight episodes, and finally, the third and latest season has ten episodes. The plot is clean and well-paced that makes watching the show an amazing experience. The balance of horror, action, and thought-provoking notes within the storyline is another genius of this anime show.

While the dominion of subbed anime to dubbed version is a well-known fact, Castlevania presents itself with an outstanding English voice cast that includes renowned actors such as Richard Armitage and Theo James. Castlevania has confirmed another season, and fans are waiting for it with anticipation.

The story is set in Wallachia, a fictional town. A woman accused of being a witch is killed by humans. This woman turns out to be Dracula’s wife. Infuriated by the deed, Dracula decides to annihilate the entire human species seeking revenge for the death of his beloved. A monster hunter, Trevor teams up with Sypha, a magician, and Alucard, the dhampir son of Dracula, to protect humanity from Dracula’s wrath.

Castlevania: A Recap of Season 3

Season three focussed on four different arcs of the major characters. Dracula’s death in season 2 brings forth different changes in the lives of these characters. In the last season, we are also given a brief view of humanity and its dirt. The season focuses on real-world problems of betrayal, facade, and cruelty of humans. The turn of events in the plot makes us wonder who the actual villain is.

At the end of season 2, Alucard kills his father, Dracula. Alucard, now submerged in guilt, goes on living alone. We see Alucard in the same phase as Dracula was after the death of his wife. Purposeless, Alucard finds himself in an aimless flow of life.

He meets Taka and Sumi, two slaves. He takes a liking towards and trains them. Alucard is completely honest with them, yet they distrust him due to his history as a dhampir. They find it further suspicious when Alucard refuses to teach them any magic. Lured by their dishonest thoughts, Taka and Sumi decide to kill Alucard and take over his castle. When they execute their heinous plan, finding no other way to protect himself, he ends up slashing their throat using his magic.

In this season, we see Alucard slowly accepting his lineage after the betrayal of Taka and Sumi. He no more sees humans as worthy of protection and falls into utter despise for them. At the end of season 3, we see him close his doors and decides that his castle will remain unwelcome to humans. This seems like the turn when Alucard will evolve as the next Dracula.

Also Read: Shoujo Manga ‘NANA’ to be made into a Chinese Drama

After Dracula’s fall, Carmilla and her sisters, Lenore, Morana, and Striga, take over Dracula’s place. They captivate Hector, who slowly goes insane. Hector suffers tremendously through the season under Carmilla. He almost gives up on his life until Lenore pretends to befriend him. It’s almost saddening to see him now despite his traitorous history.

The Stockholm syndrome in Hector grows as he swears to his loyalty to Lenore. She silently slips a ring on his fingers after seducing him. Later, she gives similar rings to her sisters, saying that now they can manipulate the wearer of the ring too. The sisters plan to manipulate him through a ring, planning to use his ability to forge demons.

In Isaac’s arc, we see him make way through whatever Dracula has left behind. This arc features some major bosses from the game.

Isaac battles a magician and the boss ‘Legion’ from the game, who appears after the magician makes him out of a pile of bodies. The season focuses a lot on Isaac’s strength. With the army that he has forged, he is going to be an opponent to be feared.

Isaac, the loyal servant of Dracula, continues with fulfilling his master’s plans. With a small demon army, he continues to spread ravage among the humans. He is headed towards Styria, using a mirror to kill Hector for his betrayal.

The heroes are on another mission to stop the Priory, a cult. This cult, led by Sala, sacrifices many villagers of Lidenfeld to bring Dracula to life. The priory uses the Infinity Corridor, an important gateway of Castlevania that allows people to move between different timelines, realities, and planes. Using the help of Saint Germain, Trevor and Sypha close the Infinity Door. Saint Germain is the only one who seemingly receives a happy ending as he unites with his loved one on the other side of the door.

Although they stop the priory, they are met with another shock when they discover the true secret behind the apple tree. Sypha and Trevor find Sala impaled in a pit. But what’s more shocking is that they find little bones in the same pit. Their worst fears are confirmed when they realize that the judge killed little children and collected their shoes.

Although they defeated the cult, the happy ending was far from their way.

Dracula might be gone, but the events of Season 3 opened gates to epic plots for season 4.

After season 3 ended with ten episodes, a new season was announced on 27 March 2020 on the official Twitter account of Netflix.

Just finished an incredible episode of Castlevania! I'm so proud of the whole team, I teared up! 😭 S4 is turning out PHENOMENAL!

As a little gift for Thanksgiving…Here's a couple screenshots from s4…. 👀✨ pic.twitter.com/gZJn6WDoLG

It is fair to assume that the anime is under process and due release in 2021. Warren Elis, the writer, and creator of Castlevania, has confirmed that the anime will receive a partial end. He said in an interview that he wants to put in whatever he can since he doubts if he’ll be a part of season 5 after the charges against him concerning sexual misconduct. It seems like there is a lot to look forward to in the upcoming season. An official release date is yet to be announced, along with the trailer of season 4.

Castlevania: What to Deduce From Season 3?

Season 3 did not have a happy ending. Instead, it took us for a ride into the dark side of humanity. With the end of season 3, here’s what we can expect for the new season of Castlevania.

Alucard has given up on humanity and resorted to a lonely life. He has come to hate humans after the betrayal he faced. He has made his way into following in the steps of his father and become the next Dracula.

Now, the question is, how would he react to reuniting with Trevor and Sypha? He has shut all his doors, and he does not welcome humans anymore. Alucard may have to battle the heroes. While in the first season, he killed his father, in the upcoming season, he might have to kill his prior partners or be killed by them.

Isaac would finally reach Hector. The council of sisters has an entirely different plan for their prisoner. The difference in the motives of Isaac and Carmilla will probably clash. An epic war between vampires could break out. We will get to see the powers of the sisterhood against the powers of Isaac. This will be a sight to behold.

Season 4 is going to conclude on some major issues of Castlevania. How the conclusion is made is something fans are eagerly waiting to witness.

Also Read: How the Pokemon Universe Began: The Creation Of Humans Part 3

TINA Movie: How An Under Confident Girl Turned Into A Legendary Singer

Promising Young Woman: What We Know