Social media influencer and content creator, Casey Frey revealed in public about him having a boyfriend in 2021's pride month. 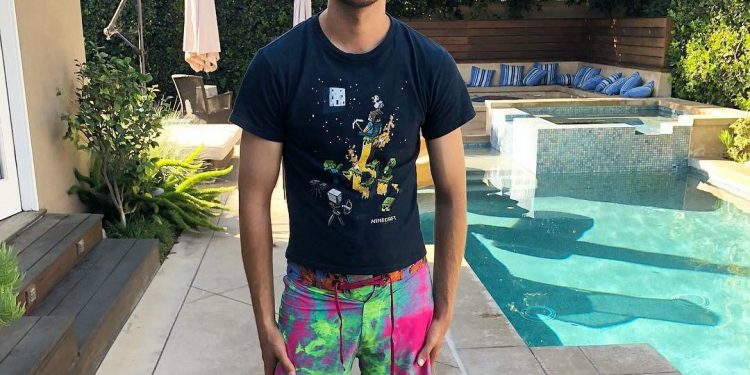 Casey Frey has been in the limelight ever since he came out in public that he is dating a boy. So, who is Casey Frey’s boyfriend? The social media influencer and content creator has always been mum about his dating life. However, he came out about his sexual preferences in the pride month of this year. Twitter fans celebrated about it and also wished him on getting a boyfriend. Many of them also wished him to be their boyfriend. Nevertheless, the dividing opinions in Twitter have created quite a sensation.

It is the first time for Casey to be in a relationship with a boy. There are some rare photos of him looking cosy together with his boyfriend on Instagram. Before that, there are no other known news or rumours about Casey dating anyone. He stated in a podcast that he also likes girls after making it public that he got a boyfriend. The Internet has been thrown into a frenzy after his revelation with someone welcoming him into the LGBTQ++ community, while many others grieving that he is dating someone, but it is not them.

Casey Frey’s boyfriend is Joshua Elias Haynesworth-Poten. He is a barber belonging from Los Angeles. The social media influencer has not stated exclusively that they are dating. But, he did mention having a boyfriend after revealing his sexuality in this year’s pride month. Then, people came across a photo of him hugging someone. People soon begin to unearth his social media accounts for finding out about his boyfriend. After that, the fans and public speculated that he is dating Joshua seeing their closeness. However, neither of them has confirmed nor denied their relationship. Meanwhile, Casey hardly shares his personal or dating life anywhere.

Casey Frey Reveals About his Boyfriend in a Podcast

Casey Frey was a guest on This Past Weekend, a podcast of Theo Von. He appeared on the show on June 05, 2021. The social media influencer replies that he is in a relationship with a dude currently when Theo asks him if he is dating anyone. Casey also said that he met him online and described him as a short cute teddy bear. But, he did not speak anything about his sexuality in the podcast, whether he is bisexual or gay. Frey went on and mentioned that he also likes girls.

The Vine star that he never thought he would date a man and realized it during that time only. Realization quickly dawns upon him that he was into his boyfriend after spending time with him. Later on, both of them connected instantly as the boy he like also turned out to be cool. Frey also explained that he like teddy boys, and this relationship was his first one. He did not reveal many details about his boyfriend, but the pride month did bring good news about his dating life. Twitter also celebrated him revealing his sexual preferences.

Case Frey’s Boyfriend Shares Photo with Him in Instagram

There is little information on when Casey Frey and his boyfriend came to know each other. However, his boyfriend’s Instagram account pretty much suggests that they know each other since 2020. The official Instagram page of the barber shows him cutting Casey’s hair and styling it. Later on, he posted the same on his official page. Meanwhile, his personal Instagram account shows him sharing a cozy-looking photo on January 01, 2021. He captioned the post that he was so ready for the year to get over as he was very much excited to see what the next year would bring.

His personal Instagram account contains another photo with Casey which very much suggests how the pair is in a relationship and love. He posted a cozy-looking photo on July 19, 2021, wherein they were both sitting side by side. Joshua is sleeping on Casey’s head while posing for a selfie. He captioned the photo that it is crazy to think that person has been in his life for almost two years. Joshua also mentioned that he love him and called him ‘Baby.’ Thus, it could suggest that they know each other for two years.