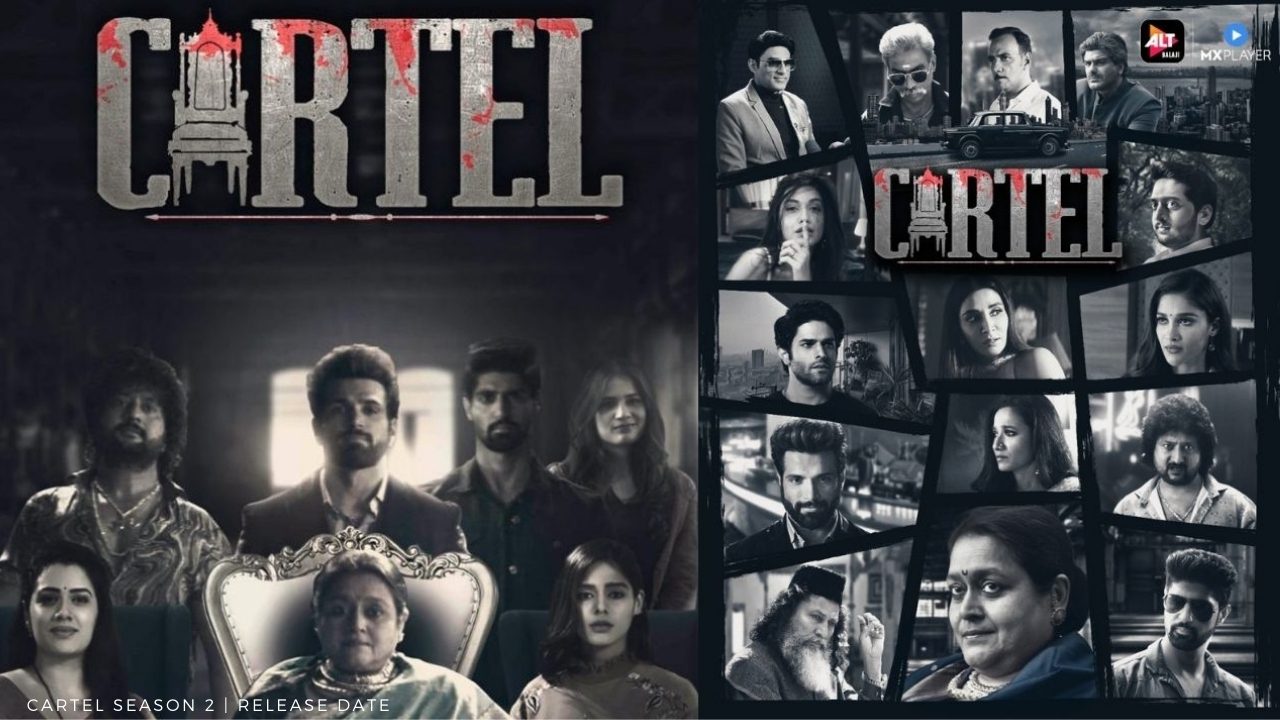 In this article, we shall discuss the release date of Cartel Season 2. In a word, this ‘Cartel’ will deliver lots of murder, bloodshed, and gunfights if gang warfares are your interesting genre. Each episode of the thriller series, particularly the unanticipated climax with a major cliffhanger, will pique your interest and prepare you for the next season. And this leaves the audience in anticipation of wanting more in the upcoming season. If you are planning to start the series, then buckle yourselves and be prepared for a slew of twists and turns. Let us get into the details of Cartel season 2 release date.

The season 1 premiere was on 21st August. More precisely, midnight of 20th August has seen a good response from fans and critics, which made the creators think of a season renewal. Cartel is a Hindi-language action thriller web series produced by Ekta Kapoor originally premiered on ALT Balaji on 21st August 2021. The series features an excellent ensemble cast that includes Rithvik Dhanjani, Supriya Pathak, Tanuj Virwani, and Jitendra Joshi in lead parts for the first installment.

The basic setting of the series goes like this The leader of Dharavi’ Anna’, the taxi and auto union boss and beggars scam king ‘Gajraj,’ the leader of cricket wagering and Bollywood film production ‘Chairman,’ the smuggling, drugs, and weapons dealer ‘Khan’, and the Boss of Aarey ‘Angre’ are the five criminals who govern Mumbai. Rani Maai’s vengeance and Aarey’s throne game are central to the narrative.

Cartel, set in modern-day Mumbai, is about criminals who rule the city through their illicit underworld trade. And it’s down to Rani Maai’s agreement with the other gang leaders that Mumbai hasn’t seen any gang-related bloodshed in the previous 15 years. In her way, Rani Maai is a formidable woman. She leans greatly on her two nephews. Madhukar Mhatre called Madhu Bhau and Arjun Mhatre or Major Bhau, whom she cherishes as if they were her sons and blood. When Rani Maai is shot inside her own factory, her three sons must rise to the challenge of seeking vengeance while keeping their company viable in the face of rival criminal lords. This appears to be the start of a huge gang war.

Prashant Bhagia’s cinematography and Ekta Kapoor’s idea are sharp and tight in Cartel, keeping the viewer captivated throughout. The first few episodes take a while to set out the general idea and present all of the individual players, or we can say, gangsters.

Later episodes of Cartel, on the other hand, ratchet up the pace and increase the excitement factor by showing how these criminal lords carry out their unlawful activities, as well as how governmental, judicial, and business organizations are all linked to the underworld. Every one of the actors is developed in such a way that audiences may identify with them and understand their motivations.

This fictitious series is created by Sambit Mishra and Monish K Talpade. This show is fast-paced, with almost every episode beginning with a murder. And the mystery behind it unfolding later in the program, which is extremely intriguing. The dialogues and dialect emphasis were perfectly incorporated. The music composition was done by Bharat-Saurabh, which was spot on. The surprising plot twists and also the finale conflict makes for a thrilling viewing experience.

The upcoming season of the thriller series Cartel is yet to be announced. It is for now left to the imagination of the audience. The show, which was created by Ekta Kapoor, is speculated to be renewed for a new installment of season 2 in 2022. Let us all brace ourselves and wait for the mystery to unfold in the upcoming season of Cartel.

Monica Dogra and Divya Agarwal. These are the ones confirmed for now. Let us wait and watch if there will be more changes to the cast. Season 1 has left all the fans and critics on tenterhooks. And all through the episodes, there are numerous twists and turns with a drastic cliffhanger. Stay tuned to know more updates about the Cartel season 2 release date.

Wade Rosen Net Worth: How Rich Is The Atari CEO?