Carrie Underwood Net Worth: How Much Does The American Singer Earn? 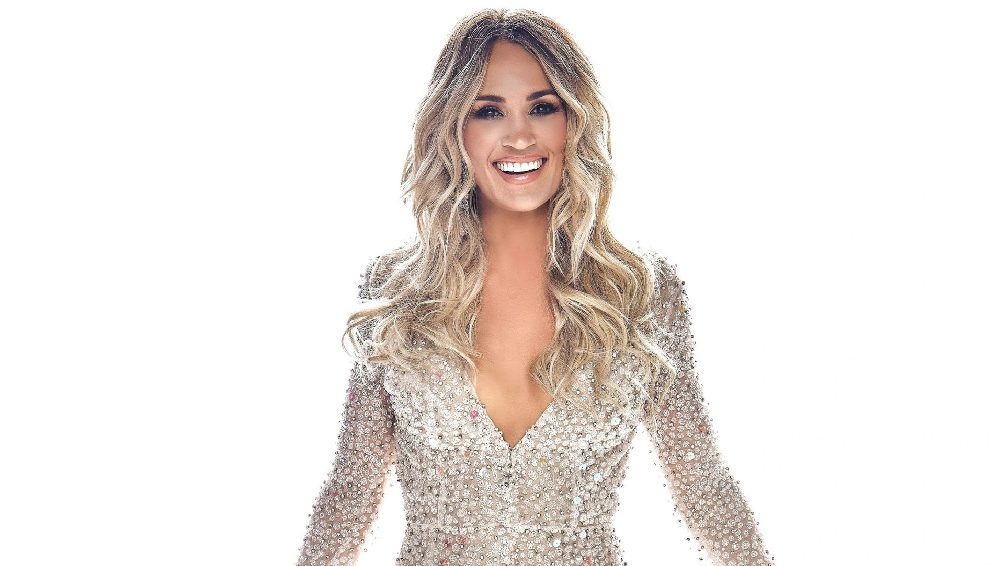 What is Carrie Underwood’s Net Worth? Well, After seeing Carrie Underwood being awarded as the Entertainer of the Year at the ACM 2020 Awards, we are forced to think about the 37-year-old actress who has an incredible career as a rising star of Ladies in Country Music. Carrie is an amazing singer who has been a part of numerous other endeavors that have stood as a backbone to her success since she was crowned as the winner of American Idol back in the year 2005. To learn more about her, read ahead!! In 2020, Carrie used her talents to publish her book Find Your Way. Recently, this book about fitness and lifestyle became one of the best-sellers of the New York Times.

Throughout the book, Carrie shares health and wellness tips and finds lifestyle literature that comes with Fit52. An American singer, songwriter, fashion designer, and actress “Carrie Underwood” gained recognition after she earned the fourth title of American Idol in 2005. Additionally, on the Billboard Hot 100 chart, her debut single, “Inside Your Heaven,” peaked at number one. As a result, she debuted as a country artist at the top of the charts. Her debut album “Some Hearts” also became the singer’s best-selling solo debut album. In 2007 she released her second album entitled Carnival Ride. Her other albums include Storyteller (2015), Blown Away (2012), Play On (2009), and more.

Carrie Underwood is estimated to have a net worth of $140 million. She is best recognized by the people when she won the fourth season of American Idol in 2005. Since then, she has become one of the music industry’s most celebrated mainstream recording artists, setting and breaking several records over the course of her career. Her debut album from 2005 named “Some Hearts” was bolstered by the tremendous accomplishment of the singles “Before He Cheats” and “Jesus, Take the Wheel”. Underwood was successful in making three Grammy Awards in her name for her best-selling album “Some Hearts,” which included Best New Artist.

On March 10, 1983, Carrie Underwood was born in Muskogee, Oklahoma. She grew up on her parents’ farm in the rural town of Checotah. Her father worked in a paper factory while her mother taught at elementary school. At the age of five, she was diagnosed with attention deficit hyperactivity disorder and prescribed Ritalin and Dexedrin drugs. Still, she takes the drugs as an adult. As a child, Carrie performed at church and local talent shows. When Carrie Underwood was 14 years old, a local fan motivated Carrie’s family to take her to Nashville to audition for a music contract. Capital Records showed interest but eventually declined.

Carrie initially got drifted away from her dream of becoming a singer after her completion of graduation from High school. She got enrolled in Northeastern State University and spent her summer in college. She took part in various university beauty pageants and was selected as the Miss NSU runner-up in 2004.

Throughout her career, Carrie has made tens of millions of dollars through the deals of endorsements with companies such as Nintendo, Sketchers, Target, Hershey’s, Okay, Almay, and Dick’s Sporting Goods. In 2014, she teamed up with Nicole from OPI to bring 14 nail polishes to market. A fitness clothing brand was launched by her in 2015 called CALIA by Carrie Underwood. Carrie launched this brand in collaboration with Dick’s Sporting Goods.

Also Read: Marcus Bontempelli Girlfriend: Who is the Australian Footballer Dating in 2021?

In 2008, Carrie Underwood began dating NHL player Mike Fisher after meeting him at one of her shows. They got engaged in December 2009 and married on July 10, 2010. The famous couple announced that they were expecting their first child together in September 2014. The couple’s first son named Isaiah Michael Fisher, was born in the year 2015. Their second son named Jacob Bryan Fisher, was born in 2019. In 2018, Underwood announced that she had three miscarriages in just over a year.

At the age of 13, Carrie stopped eating meat because she couldn’t stand the thought of eating one of his own animals. By PETA, in 2005 and 2007, she was elected “The Sexiest Vegetarian in the World”. Underwood is a devout Christian. In November 2017, while taking one of her dogs to the bathroom, Underwood fell and broke her wrist and crushed her face, requiring 40 to 50 stitches and plastic surgery to fix it, and warned fans that due to her fall, she could look different.

Carrie Underwood graduated from Checotah Middle School. She attended Northeastern State University in Tahlequah, Oklahoma, after completing her graduation. In 2006, she graduated with a bachelor’s degree in mass communication with a passion for journalism.

Actress Carrie Underwood got married to her husband Mike Fisher in July 2010 at The Ritz-Carlton Lodge, where more than 250 people attended their wedding. Carrie Underwood surprised her husband by giving an invitation to one of his favorite artists, Brandon Heath, with a performance to sing “Love Never Fails”. Mike Fisher is a Canadian-American former professional ice hockey player who played for the Nashville Predators and Ottawa Senators in the National Hockey League. On August 3, 2017, Carrie Underwood’s husband Mike Fisher announced his retirement from the NHL. He was the first Predator captain to retire with the team.

Also Read: Molly Burke Boyfriend: Everything About Her Relationship

Where is Buck Privates filmed? All About the Film Franchise

Luke Combs Net Worth: How Rich is the Country Singer Actually?