Who is Carrie Underwood Dating? The American Singer’s Boyfriend in 2021 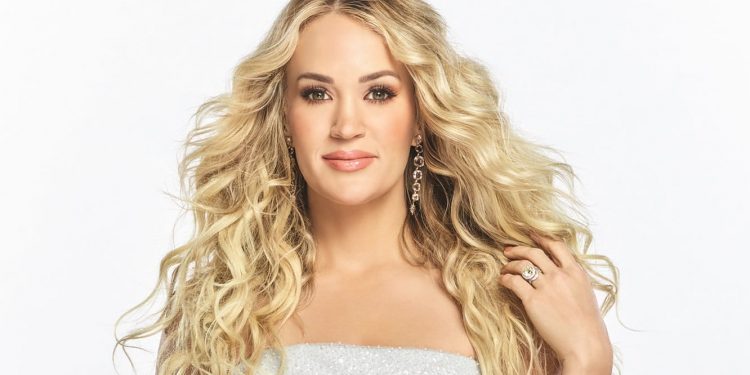 Carrie Underwood’s love story definitely looks like a romance that came out of a fairytale. So, who is Carrie Underwood dating now? The American singer is certainly off-limits for eleven years. Well, who would have thought that a skeptical blind date would turn to give such a wonderful romance? Carrie’s relationship is still going strong without any problems. Indeed, she proved that love sustains no matter the distance. The American Idol winner was never confident about having a long-distance relationship at first.

Now, she is successfully married and is in it for the long run. They are fully devoted to each other. The singer also always wanted to have a big family. She also fulfilled her dream by welcoming two sons into her life. In 2020, she also celebrated her tenth anniversary and thanked her beau for giving her a happily ever after. The singer herself mentioned how faith helped the couple to overcome their struggles together. What is needed more than faith for a happy marriage and relationship?

Also Read: Ursula Corbero Boyfriend: Who is the Actress Dating in 2021?

Who is Carrie Underwood Dating?

Carrie Underwood is not only dating but also has a husband currently. She is married to Mike Fisher, a retired professional ice hockey player. It has been almost eleven years since the duo got married. The couple is still together and happy with each other. But, the American singer did have a dating history with Drake Clark, Tony Romo, Chace Crawford, to Travis Stork before getting hitched with Mike Fisher. Now, the pair also has two sons, Isaiah Michael, and Jacob Bryan. Furthermore, no controversies and rumors surround the couple about them seeing someone else or any split. In fact, the singer likes to spend quality time with her family.

Carrie Underwood Met Her Beau in 2008

Carrie Underwood met her beau, Mike Fisher, in 2008 through a friend. However, the singer was not looking for any marriage or long-distance relationship then. Her friend offered to introduce her to a hunky athlete from Canada. At first, Carrie did not hope much from the meeting as he lived so far away. So, she asked her friend for the meeting to take place at one of her concerts’ backstage. But, they had an instant connection upon meeting. Later on, their went for their first official date on new year’s eve of 2008. It was almost three months after their first meeting. Meanwhile, they continuously kept talking on the phone.

The Singer Tied the Knot with the Hockey Player in 2010

The singer, Carrie Underwood, dated for two years before marrying in 2010. Mike proposed to her on December 20, 2009, at his home. They shared the good news with their family and friends. Mike also gave an affirmation to their engagement to a news outlet, saying how both of them are happy and excited. Until then, the couple had been very low-key with their relationship and did not appear in public. They made their first public appearance in January 2010 at Gatineau’s fundraising event.

Later on, they were spotted in public together on several other occasions. They got married on July 10, 2010, at Lake Oconee’s Ritz-Carlton resort in Georgia. The pair went to Tahiti for their honeymoon. The tabloids also caught them having a good and fun time during their honeymoon period. However, the couple had to spend apart for weeks during the starting of their marriage due to their traveling and career. The pair’s love for each other never diminished amidst their work schedule. Rather, they understood and supported each other.

Carrie Underwood loves her family very much and likes to spend time with them. Recently, she spoke about her holiday season with her family as it is soon approaching. The singer said that there are several things about the holiday season that bring joy. However, she feels it is special watching her children experiencing some of the things right now. Christmas is something which is really very special, from playing in the snow, building a snowman, Santa, to watching her children feel the magic. She feels everyone grows up. Holidays could also be stressful sometimes. But, it is special to watch it through her family’s eyes.

Also Read: Carrie Underwood Net Worth: How Much Does The American Singer Earn?

Are Karent and Rodolfo Still Together? RHOM Season 2’s Couple!