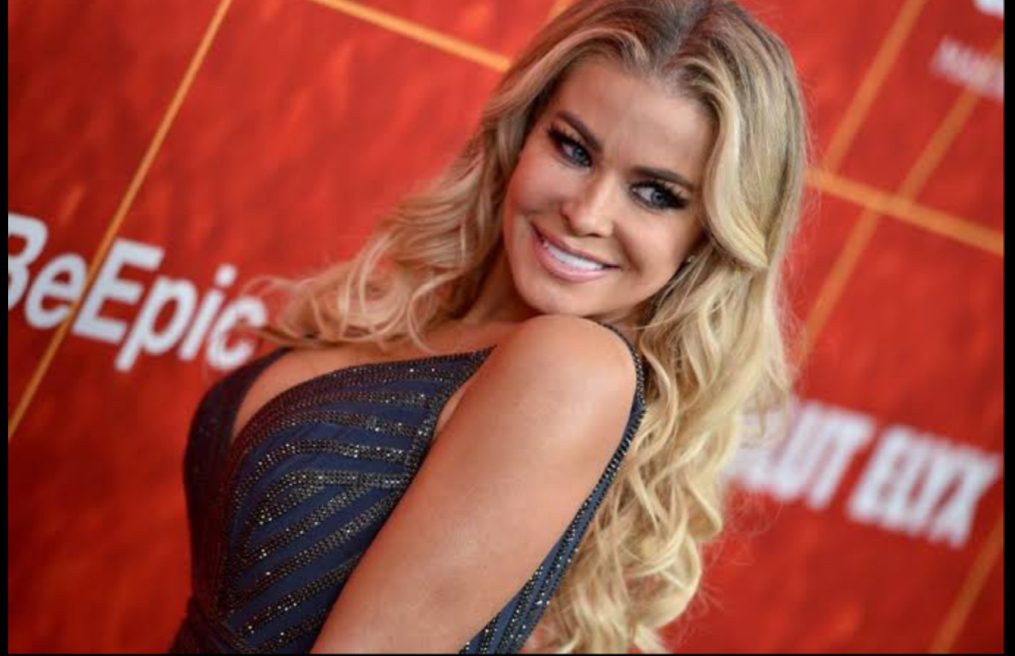 Who is Carmen Electra? Everyone knows her as an actress. Many people have become curious about the actress as news surrounding her spreads like a wildfire. Various rumors about her are popping up now. At present, she has carved excellence in her career and became one of the remarkable actresses in the industry who is worth seeing.  And this is exactly the right place where you can get to know the remarkable popular actress Carmen Electra in detail. Without further ado, let’s start.

Tara Leigh Patrick (professionally known as Carmen Electra) is an incredible American actress, model, singer, and media personality. She was born on 20th April 1972 in Sharonville, Ohio, United States. Being the daughter of Harry Patrick (guitarist and entertainer) and Patricia (singer), she has achieved a lot in her career with her acting skills. She has won several awards and has been nominated for several performances in her career. Carmen Electra is very attractive and quite popular in the industry. In this article, we shall talk about her career, achievements and also about her personal life. Let’s jump in.

She began her career as a singer in the year 1993 after shifting to Minneapolis. Following that, in 1996, she entered into the glamour world and started working as a model. After that, Carmen relocated to Los Angeles and started her acting career.

Carmen Electra attended Ann Weigel Elementary School. For graduation, she pursued an education at Princeton High School in 1990. Additionally, she studied at Barbizon Modelling and Acting School and also in the School for Creative and Performing Arts.

In 1997, Carmen Electra had appeared in the horror film American Vampire which recently lived immense positive responses from the audience. She is popular for her role as Lani McKenzie in the action drama series Baywatch (1997-98). She also hosted MTV dating game show Singled Out (1997-1999). Some of her popular movies are Get Over It (2001), Date Movie (2006), Epic Movie (2007), Meet the Spartans (2008), and many more. Carmen Electa also has worked as a dancer with The Pussycat Dolls. In 2005, she worked for the Taco Bell commercials.

Also Read: Who Is Julie Andrews Dating? Personal Life of The Legendary Actress

Carmen Electra’s Achievements in her career:

She won the 2004 MTV Movie & TV Awards for her movie Starsky & Hutch. Her movie Dirty Love (2006) earned her nomination. Carmen also won Golden Raspberry Awards for Date Movie in 2007. She was also nominated for Disaster Movie, Meet the Spartans.

In August 1998, her mother died of brain cancer. That was very saddening for Carmen as her mother used to be her rock, as she had claimed in one of her interviews.

In November 1998, she married Dennis Rodman, who was an NBA star. After few days, Dennis claimed that he was of unsound mind at the time of marriage. The couple mutually ended their relationship through a divorce in April 1999.

On 22nd November 2003, Carmen married Dave Navarro, who is the lead guitarist of the rock band Jane’s Addiction. Things didn’t work well and caused their split through a divorce on 20th February 2007.

In April 2008, she started dating Rob Patterson, who is a member of an American heavy metal band from Los Angeles Otep and hard rock band Filter. They got engaged but didn’t marry each other. The couple parted ways in 2012. In the same year, following her breakup with Rob Patterson, she appeared on an American television dating game show, premiered on Fox.

We don’t know why they broke up, but their relationship was ended mutually.

Other facts about Carmen Electra, you must know:

Carmen is very much active in social media. Her Instagram accounts hold 1.3 million followers. As a model, she loves getting clicked. She keeps on posting her beautiful selfies, now and then, on Instagram. Carmen Electra is very attractive and has stolen millions of hearts of male fans. She is very kind to her fans and followers. She hasn’t earned so many followers in a day with her looks. Carmen had to work hard for the position she is in now at the moment. We can’t wait for her upcoming performances.

Also Read: Who Is Gabriel Aubry? Everything To Know About The Actor