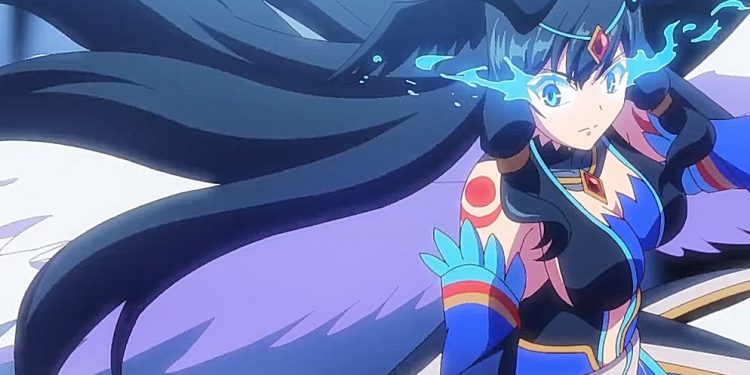 In the past, Masanori defeated Team Blackout and burned their banner, which build-up the present battle between Team Day Break and Blackout. Tohya, Yuyu, and Megumi recovered from their losses and decided to head to Team Daybreak HQ to settle the scores. On their way, they met with Shinobu and Zakusa; after beating the Ramen competition, Megumi had a one-on-one card fight with Shinobu and settled their scores, but they got separated, and Zakusa revealed that he would infiltrate Daybreak. The trio met with Danji, but they were supprises to see her with Mirei.

They know they have seen Mirei somewhere, but they have no clues; Danji hid the truth, and they hung out with Mirie without knowing that she represented Team Daybreak. They enjoyed the festival, and Mirei decided to streak them to a meal. Yuyu and Mirei argue since they learn that they represent rival teams. Mirei believes that Team Daybreak is better, and they bring justice. But Yuyu thinks that Blackout is better than Mirei’s team. She told him that they could settle that on card fight. Mirei defeated Yuyu in a card fight and left the scene with Danji.

Team Blackout moved to the next level, and Yuyu faced Shinobu and defeated him using the tactics he learned from Mirei. Masanori thought that Team Blackout wouldn’t pass him, but he was wrong when they thrashed him and faced Danji, who was defeated by Tohya and gave Yuyu a card that Mirei likes and told Yuyu to stop Mirei. Danji accepts defeat since he wants the rivalry between Daybreak and Blackout to end. He reveals why he stopped Mirei’s wedding in the past. Team Blackout heard to face the final boss Mirei, and Yuyu realized that he had to do what Danji told him.

The overDress showdown begins, and Mirei believes that she will win and make everyone quiet. Mirei told Yuyu that any team that loses between Daybreak and Blackout would die out, meaning they will quit being card fighters. The winners will gain control of Kaga, the Chubu Region, and dominate. She realizes that she is facing Yuyu again. Mirei vs. Yuyu begins with everyone watching. Mirei and Yuyu trade massive blows. Mirei dominated the battle, and Yuyu used Mahar Nirvana and Esperaridea’s attacks against Mirei. Yuyu wins the battle and consoles Mirei, who realizes that Team Blackout is not evil, and they agree on the same terms and throw a party.

Will There Be Card Fight Vanguard Season 3?

According to Twitter’s official page and other anime’s official platforms, the anime will return in Summer 2022. Anime’s Twitter official account has confirmed that “CARDFIGHT!! VANGUARD overDress” season 3 will begin in summer 2022. Those who miss the previous updates can visit the official platforms: Chrunchyroll, Funimation, and VRV. You can also read the episode finale: The Showdown Between Tohya & Danji Ends In Card Fight Vanguard Season 2 Episode 13.

Also Read: A Returner’s Magic Should Be Special Chapter 175 Delayed.