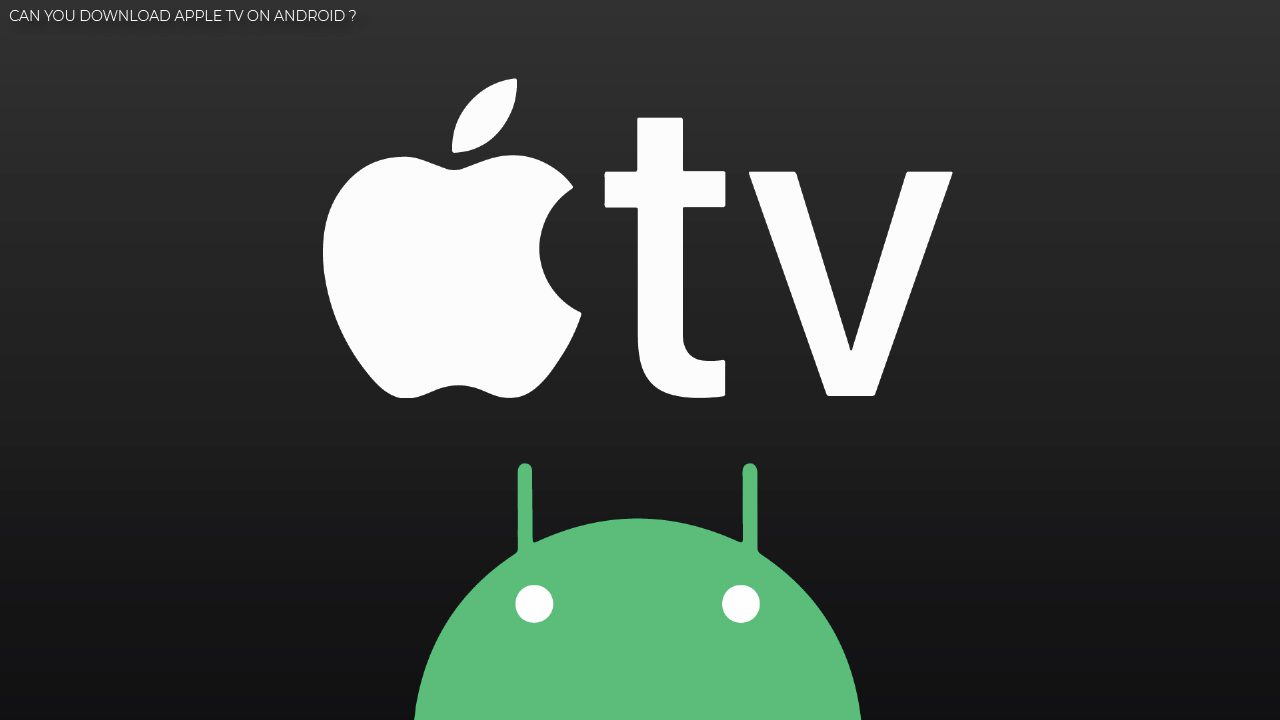 Can You Download Apple TV On Android? In today’s article, we will discuss it. Apple has extended its compatibility, and now it’s available on one of the most major tv platforms. It is now on Android TV devices, and the users can also watch Apple TV+ subscription through this. This is a huge step taken to increase the number of users because it is obvious that Apple TV can not be afforded by everyone. It might be a huge success in India as most people rely on Android TV.

Till now, Apple TV was exclusively made for Apple users. This has been a consistent thing of the tech giant from the very beginning. Now they might have understood about their global competitor. Before this, Apple Music was already available for Android devices. But to bring Apple TV on Android devices is a huge leap that will help to widen its reach. Before, it was only available on Amazon Fire OS apart from Apple devices. But now it will cover all modern smart tv brands. To know more about Apple TV and how to download it on Android, keep following the article till the end.

Apple TV: When was it Introduced?

Apple TV is a digital media player developed and sold by Apple Inc. It is an entertainment device that can receive digital data for visual and audio content such as music, video, video games. First launched in 2007, the first generation gained popularity and was followed by the second generation launched in 2010. In 2012, Apple Launched the third generation, which had 1080p output, and in 2015 came out the HD version(previously 4th Gen). Later on, Apple launched a 4K version of the Apple Tv, 4K 1st Gen. It was way better than the older HD version. In 2021 they released the 2nd version of 4k tv with more exclusive features.

Its main features include video streaming, music streaming, and games. It also has Siri along with AppStore, which helps any app developers to make apps compatible with the TV. One can stream anything from sports to movies and TV shows and From News to Anime on Apple TV.

Apple announced that Apple TV and Apple TV+ would be available on Android at the end of 2019. They also made it available on Goggle TV and Amazon Fire Os before. In the recent past, the Apple TV app became available on Google Playstore. Now one can download and stream exclusive content of Apple Tv on their android devices. The app is supported on Android TV 8 Oreo and above. Its compatibility has also been extended to smart boxes and sticks supported on TV. Apple wanted to reach more and more viewers to widen its reach.

Apple TV was also made compatible with The Playstation, and some Sony TV, running on Android were also made compatible in 2019. Netflix, Amazon, and other OTT platforms have a wide reach, unlike Apple TV. This decision of making Apple TV compatible with Android was foreseen by the viewers because of the competition Apple faced from Netflix and Amazon. With the huge number of viewers shifting their focus on the OTT platforms, Cupertino-based tech giant can not stay behind.

With this introduction on Android TV, Apple needs to provide more exclusive content to the viewers. The Morning Show and Ted Lasso are the only major contents available on Apple TV, along with others. Compared to Netflix and Amazon, Apple has way less content on the OTT market which they need to improve.

Apple TV On Android: In India.

Everyone can’t afford to buy Apple devices. Now, with this compatibility of Apple TV with Android, People will be able to watch the exclusive contents of Apple TV on Android. They can enjoy their favorite shows without affecting their pocket. This will be a great opportunity for Apple to compete with Netflix and Amazon as most people rely on these two. The OTT share market in India is captured by the Indian OTT platforms like Hotstar and others. It will be very difficult for Apple to gain a commendable position where Netflix and Amazon are also suffering.