Can Tony get his Mining License back from the Government in Gold Rush Season 12 Episode 12? 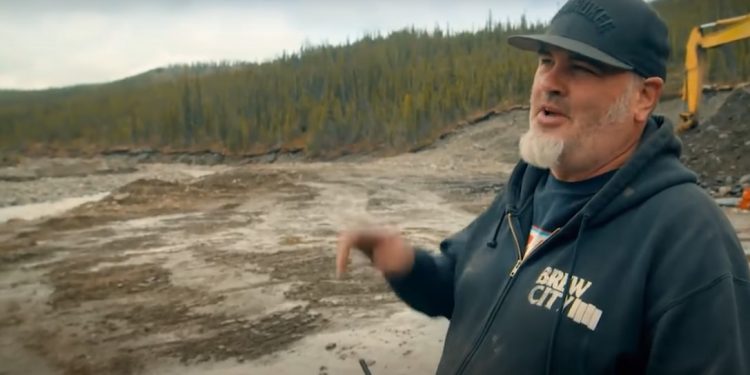 The long-running Discovery reality show, Gold Rush Season 12 Episode 12, might bring us a lot more digging. Firstly, if you’re not familiar with Gold Rush, it is a show where a family-run mining company does some heavy prospecting with some big machinery in the Yukon area of Canada. In consequence, if you’re into environmentalism, you might want to change the channel because the show is chock-full of diesel-powered engines and industrialists in search of gold nuggets out in the wilds.

In the past episode, Tony had to invest millions of dollars worth of equipment to mine gold. But he faced a major setback. Now, he’s facing the luck of a glory hole as he digs deeper. But the water gets in the way. Moreover, Kevin feels skeptical because of the sweet spot where the gold is located or buried between a giant water deposit on one side and a giant 80-foot mountain of dirt and rocks on the other.

Gold Rush Season 12 Episode 12 might release on December 10, 2021, at 8:00 PM, Eastern Time, United States. To begin, why the uncertainty? Because Discovery keeps on a very tight lid on the intel regarding the number of episodes, they’re dropping for this gold-digging reality show. Secondly, Discovery drops every new episode of this show on a weekly basis on Fridays. Consequently, if they do drop a new installment, expect it on those days. Moreover, if you navigate to their official sources, you won’t even find a potential episode synopsis. So, it’s all up for grabs.

Where to Watch Gold Rush?

If you want to watch Gold Rush, simply tune in to the Discovery Channel at the airtime. If you want another choice, you can watch Gold Rush at the Discovery website or its app. Additionally, you can watch Gold Rush on live stream on platforms like YouTube TV, Sling TV, Xfinity, Philo TV, Fubo TV, and DirecTV. Furthermore, video-on-demand options are available on the Microsoft Store, Google Store, Amazon Prime Video, Vudu, and iTunes. Lastly, previous seasons are available on Hulu.

Gold Rush Season 12 Episode 11 title is “A New Glory Hole”. Things begin with the narrator telling us how Tony bought over five million bucks in machinery only to see that the government rejected his petition for a mining license. Still, Tony’s optimistic because he extracted 2000 ounces of the precious metal last season. And now he found a giant deposit he calls “The Glory Hole”. But there’s a giant caveat. The mineral is hidden between a vast water deposit and over an 80-foot tall wall of rocks.

Boring the hole in the Glory Hole

Tony and his crew try to pump the vast water deposit out of the glory hole, and Mike Beets draws over 100 feet of pipe into the water deposit to pump the water out from the Glory Hole into a ditch. Meanwhile, Parker Schnabel is 700 ounces worth of gold behind his mark last year. He begins to feel the pressure. He bore a hole worth 2.5 million dollars without any luck.

Once they manage to pull the entire water load out of the Glory Hole, Tony and the crew manage to start dropping payloads of dirt mixed with gold into the trommel. But the trommel’s water feed isn’t working, so they had to rush to stop it before it jammed. Later on, when they go to check the water pump, it turns out that the injectors were cracked and they were leaking coolant into the cylinder heads. Consequently, the engine of the pump was catastrophically compromised.

With the crew running at great lengths to fix the engine, they stumble upon heating issues. And at the workshop, they improvise a spraying system to cool off the backup engine. And just like that, they got the trommel working. So the rest of the crew began to feed the giant drum load after a load of gold-rich dirt to process. By the end of the day, they were very satisfied. Because back home, they weighed the gold and managed to average 180 ounces rich precious mineral dust. With this, we wrap up our coverage of Gold Rush Season 12 Episode 12 here at Otakukart. Thanks for reading our scoop. And please keep coming back for more daily updates.

Andrew Garfield Net Worth: How Much Does he Earn in 2021?

Everything We Know About ‘Little Fires Everywhere’ Season 2