Can Naruto Use Sharingan? Unvieling The Most Weirdest Theory Of Naruto Shippuden

What happens if Naruto puts Sharingan on himself? In this article, we have discussed each possible scenerios of what can happen if Naruto was to use Sharingan. Let's find out.. 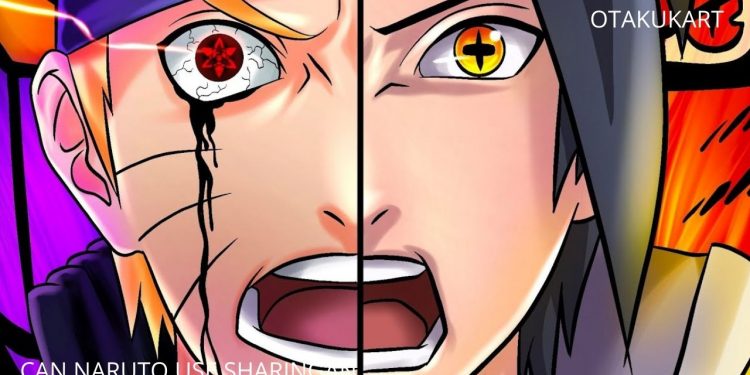 Can Naruto Use Sharingan?

When it comes to Naruto anime, you can’t deny the fact that Sharingan remains in the center of discussion throughout the series. We have seen so many characters utilizing Sharingan with different abilities and sources. We also know that Sharingan is the signature dojutsu of the Uchiha Clan, which was awakened by some shocking tragedy or the rush of intense feeling. In this article, we are going to see every single thing about Sharingan, and we will also know, can Naruto Use Sharingan? There are so many theories and facts hidden in this article, so make sure to read this till the end.

In this article, we are not gonna include Boruto: Naruto Next Generation and will keep the context till the Naruto Shippuden finale arc, and all the theories discussed below are the author’s personal opinions backed with no official sources. Your opinion might differ from the discussed theories.

Naruto and Naruto Shippuden is a Japanese manga-based anime written and illustrated by Masashi Kishimoto. The story is based on the lives of Shinobis (Ninjas) and the ongoing conflicts between different nations. The main protagonist of the show, Naruto Uzumaki, used to get alienated by the whole village because of the nine-tailed fox that sealed inside him. Nine-Tailed fox caused so much chaos in the village and took too many innocent lives. The then, the fourth Hokage sealed the fox inside a toddler Naruto. Even after getting so much hate from the village, he aspires to become the Hokage of the village someday.

Before coming to our theory, it is very important to know what Sharingan actually is? Sharingan is the signature ability of the Uchiha Clan, which is passed down to generations. It is also revealed in the manga and anime of Naruto Shippuden that whenever the member of the Uchiha clan go through any tragedic or intense feeling trauma, certain chemicals are released in their body, which activates the Dojutsu known as Sharingan. The powers and abilities of Sharingan differ from person to person.

Whenever the Sharingan possessed member felt the intense tragedy again, a certain type of Sharingan, aka Mangekyou Sharingan, gets activated, which is beyond the scope of ordinary Sharingan. It unlocks even more abilities for the user. The only consequence of using Mangekyou Sharingan is, It can blind the user if used above the limit and consumes massive chakra of the user.

Can Naruto Use Sharingan?

Now suppose, Sasuke, or by any means, Naruto gets Sharingan. Will he be able to use that? Let’s know in detail.

We have already seen in the series that a non-Uchiha member, aka Kakashi, uses Sharingan as well as Mangekyou Sharingan. Sharingan is the ability that sucks too much Chakra from the wielder’s body, and in the case of Naruto, who has a much larger Chakra than Kakashi can bear this consequence. Mangekyou Sharingan, if used by non-Uchiha members, can land the user in trouble and can also make him blind. Even Uchiha Members, including Itachi and Sasuke, injured themselves by using Mangekyou Sharingan extensively. But here, Naruto’s Kurama Chakra may come in handy, which can help him in healing the eye’s damage. So, according to our theory, Naruto also can use Sharingan, but it is highly uncertain that we will ever see him using one.

If you think otherwise or have some other theory in mind, Feel free to share in the comment section below.

Where To Watch Naruto Anime?

Now comes the last part, where to watch the Naruto anime? There are many websites that allow us to watch Naruto, but the most popular platform is Crunchyroll. Crunchyroll allows us to watch thousands of other anime, including Naruto, on our single subscription, anytime anywhere in Highest Quality. Crunchyroll also supports simulcasting, so if you are following any ongoing anime, you can enjoy that too as soon as it gets released. The best thing about Crunchyroll is, it supports ad-supported content, so if you don’t want to pay for the subscription, you can still enjoy your favorite anime with ads in Standard Quality. We only encourage watching anime from legal sources as it helps creators financially and motivates them to continue doing the good work.