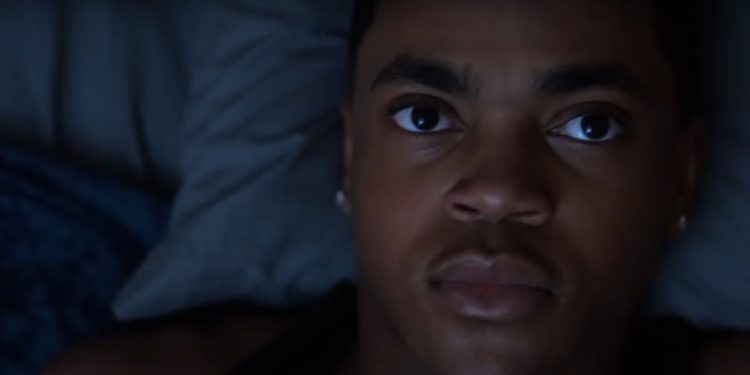 What will happen with Monet’s mistakes and carelessness in Power Book II: Ghost Season 2 Episode 6? Just in the middle of the season, there’s just too much to unpack. From Monet’s secret with Zeke (she’s not his aunt) to her faults as a team leader. Things are just getting heated in this season. Just take a look at Tariq, he’s like… In the middle of it all. After all, he’s the main character, but he’s too busy getting a custody hearing. And that’s just to take our eyes from other things.

If episode 5 was full of family woes, what can we expect for episode 6? Some action, perhaps? Can Monet come to terms with Lorenzo after he’s out? That was a shocker, and when you see her reaction, you will no doubt understand how it will playout for the rest of the season. The Justice system decided that Lorenzo could walk the streets again due to a technicality, but anything, even the minor slip, could land him back in jail. Now without any further ado, let’s begin unpacking Power Book II’s latest episode.

Power Book II: Ghost Season 2 will release on January 9, 2022, on Starz at 20:00 Eastern Time, United States. Firstly, each episode lasts about one hour run time. Secondly, every episode drops on Sundays. Thirdly, episode six will be titled “What’s Free?” and it was written by Andre J. Ferguson.

Simply tune in to Starz at the above-mentioned airtime to watch this show. You can also watch the show on the website or through the app. No worries if you’re a member of the cable cutters! There are a few different ways to watch this show online, which we’ll go over here. You can watch it on DirecTV, Sling TV, Xfinity, YouTube TV, Sling TV, and YouTube TV, to begin with. You can also watch it on Hulu if you have the Starz add-on in addition to your basic subscription. Furthermore, the episodes can be rented or purchased on Amazon Prime Video, Vudu, Google Play, Microsoft Store, Spectrum, and Vudu, among other platforms.

Last episode, things kick off with Mecca telling Monet he gave her one million dollars to protect Zeke, her son. Since we know that Monet is Zeke’s mom instead of his aunt. Moreover, Monet’s motherhood woes are evident across the series. It’s different from Raquel and Tasha. Because Monet has no empathy or loving skills. But she’s aware of her problems.

Monet made a lot of mistakes, her carelessness made Cane cut the cocaine with sugar and leave Zeke at the police precinct while she was with Mecca. Also, she let Diana take the money from the bar. On another point, Tariq gave her hell after Monet tried to reprimand him by preventing him from attending his sister’s court hearing. Moreover, there’s so much Monet’s missing here. When Monet walks into her house and sees Lorenzo eating with the kids, she gets scared sh*tless!. But I suppose that’s what happens when you write a Mafiosi woman, you can’t exactly make her a man.

Talks With The Cops

Zeke, Monet, and Mclean ride to the precinct to allow Zeke to turn himself in after a disastrous live interview with Jemele Hill. The detectives, however, have a change of heart and calmly explain that Zeke is no longer a suspect when they arrive. This occurs without the need for much additional information. Monet isn’t concerned with an explanation because he only cares about Zeke’s future and clearing his name, whereas Mclean is.

Tariq is tasked with learning more about Cane’s connection while carrying Monet on his back. She tries to pit Cane and Tariq against one another, but it backfires on all three. Tariq follows Cane to Mecca’s house in Lauren’s car, but he is caught spying and stomped out by one of Mecca’s men. Cane can keep an eye on everything because the property is under surveillance. He had the power to stop the beating, but instead, he claims he has never met Tariq. This appears to work in Tariq’s favor, as Mecca’s “chef” orders Nuff to stop harassing him, and he flees to Monet’s home.

Also Read: Family Guy Season 20 Episode 11: What Will Go Down?

Who is Harry Winks’ Girlfriend? The English Midfielder’s Dating History