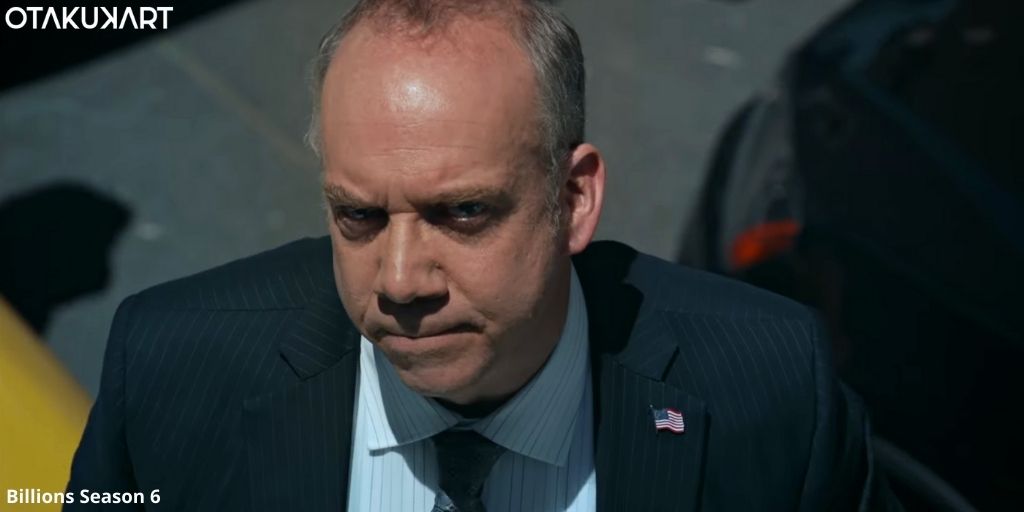 It looks like Chuck will be setting up a target on his back by waging war against the billionaires in Billions Season 6 Episode 3. While the previous episode gave us a look at Chuck returning to the city to walk the initial steps to start that war, on the other side, Prince came up with a master plan to bring down a shady sportswear company worth billions of dollars. Although, Wags had some other plans of his own that could sabotage everything that Prince was planning to accomplish with this.

Meanwhile, Rian couldn’t let go of her old mindset when she worked under Axe to grab the profits in this plan as well. But Taylor was not in favor of this and told her to step away from the old mindset as this was a new company with newer ways of working. On the other hand, Chuck decided to help the doormen of the city by getting them the deserved hike in their pay. However, a powerful real-estate billionaire Bud Lazarra was posing a big challenge.

The drama tv show has been attracting a lot of viewers around the world since its debut on 17th January 2016. Moreover, the latest sixth season has kicked off to a great start on 23rd January 2022. Although, the fans are eager to watch Billions Season 6 Episode 3. However, let us first find out what all went down in the previous episode. 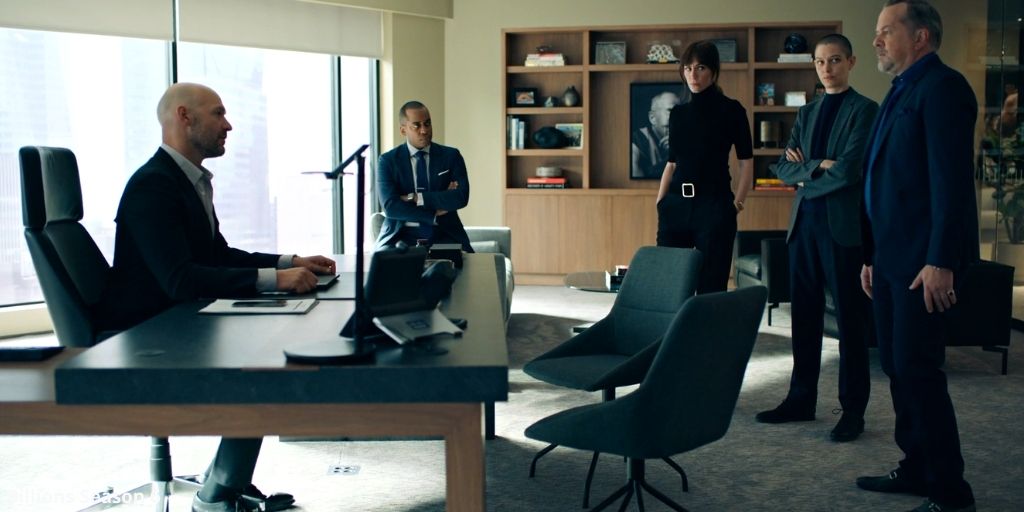 A still from Billions Season 6 Episode 2

Episode 2 of Billions Season 6, titled “Lyin’ Eyes,“ dropped on 30th January 2022. The episode began with Prince in LA with his wife Andy doing rock climbing under her supervision. The next day, he arrived back at the office and set up a new plan in motion, asking his employees to find dirt on the company Rask Sportswear. The company was using forced labor in concentration camps and putting the tags of ‘Made In China. Prince decided to bring the company down, in turn, sending a message to his investors that they play fair and square, not dirty. On the other hand, Chuck went to a union meeting of the Manhattan Door & Custodial and asked everyone to stand with him, so he could get them their deserved pay hikes. Later on, he met with the Tenants and Property Management Board and asked them for a 5% pay hike.

Although the main man on the board, Bud Lazarra, refused, and hence, so did the board. Therefore, Chuck told the union leader Duilio to call a strike. Meanwhile, Prince’s plan was working as the dirt on Rask came out, and it started to lose money, and the share prices took a stumble. Whereas, Taylor came in to tell Wendy that she was considering firing Rian as she did not obey the direct order from her even if she was not wrong to do so. While Wags came in rushing to Wendy after Prince told him not to buy the falling shares of Rask until it goes below 5$, Wags confessed to Wendy that he was friends with the owner of Rask and had placed in a buyer. Eventually, Wendy took him to Prince, and Wags confessed that the share price was about to rebound. 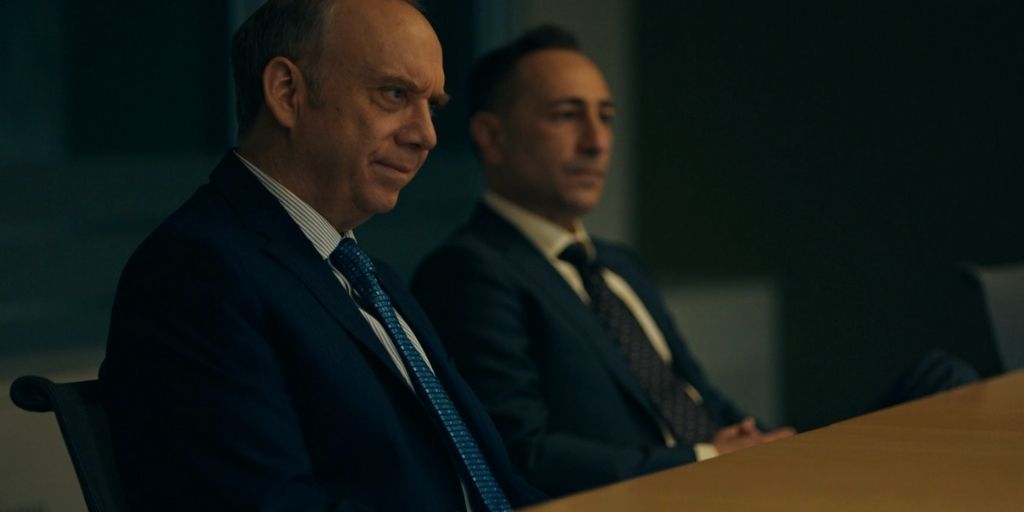 Chuck with Duilio at the meeting

But Prince didn’t get furious with him but asked him to fix this mess. After some time, Wags revealed the secret to the media that Rask Sportswear was working with the North Korean Government and Rask’s shares crashed. On the other hand, Chuck’s faced a slight hiccup when Duilio took a bribe from Lazzara to call off the strike. But Chuck had got it all on video and made Lazarra agree to the 5% hike. Although, he still gave a pretty good story that would jeopardize Lazzara even though he promised not to do anything. Meanwhile, Prince made Andy happy when he told her that his plan worked. Furthermore, he will bid for the Olympic Games to happen in New York and she will coach all the climbing sports. Additionally, he told her he was not ready to give up on their relationship.

“Billions Season 6 Episode 3 will release on 6th February 2022 at 9 pm ET on Showtime.” Moreover, the episode will be titled “STD”. The episode will see Prince finding a major challenge in his bid for the Olympic games in New York. However, he will try to get support from someone that might help him get the bid. Meanwhile, Chuck will take his war against the billionaires a step further.