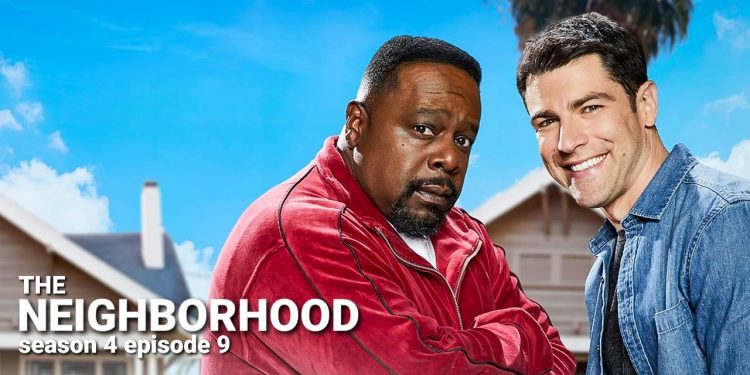 “The Neighborhood” Season 4 Episode 9 will see Calvin try to make an extravagant purchase for himself. However, soon he grows a bit too worried about his special purchase. This will surely give rise to some routine shenanigans and gags. Meanwhile, the episode will also focus on the Johnsons worrying about their son’s new friendship. Worrying that a new friend of Grover can have a bad influence on him, the Johnsons will try to distance him from his new friend. What transpires amid their worries and efforts will be the focus of the upcoming episode.

Let’s now delve into all that episode 9 of “The Neighborhood” season 4 will entail. Spoilers ahead!

Episode 8, titled “Welcome to the Family Business”, opens with Tina busy with her burgeoning baking business. However, Calvin is concerned about the various tasks Tina would have to juggle in order to work for the auto shop while also taking care of her “Tinalicious Cakes” business starting to take off. He says that he could always hire a new shop manager. However, Tina is confident in her multitasking abilities and claims she can handle both jobs. Calvin is convinced for the time being and goes off to work.

Back at the Johnson household, Dave is giddy for his new “assistant to the assignment baseball coach” role. Grover is one of the players on the team. However, Grover isn’t who you’d call a competitive athlete. Malcolm and Marty have been practicing with him to improve his swings. When Grover misses a swing by 2 feet, Malcolm and Marty rejoice. That’s because it was at least 2 feet closer to a miss than the last time. Evidently, Grover doesn’t know what to do with baseball. He is excited to be a player and wants to play baseball, though. With Marty and Malcolm’s support, and Dave’s optimism, Grover continues his practice.

Tina is confident that she can handle two jobs at once. However, it becomes clear pretty quickly that she is making many errors at the auto shop. Her growing cake business is taking most of her attention and distracting her from concentrating on the auto shop. Soon we see her start messing up big time. It starts with forgetting what day of the week it is. The mess-ups only increase thereafter. She forgets to pay the lighting bill, switches up the auto parts, and then gets a car’s paint job all wrong. Calvin gives her a pass at first but he eventually has to fire her. An angry Tina gets home with the car herself and Calvin has to take a bus home.

Tina continues to throw a fit. Dave and Gemma arrive and while the former side with Tina, Gemma sides with Calvin. However, the next day, Calvin finds Tina working at the auto shop. He asks her what she’s doing working at the shop. Tina says she realizes that she couldn’t handle two jobs and that now she’ll commit to the auto shop. Calvin asks why she’d leave all that work she put into her “Tinalicious” business. Tina says she is terrified of the prospect of it failing as so many new businesses do. Calvin encourages her to put her all into it and promises it will take off. Later on, Calvin surprises Tina with their car, now draped up in Tina’s new cake business wrapping.

Meanwhile, Malcolm has been seeing the beautiful single mother Ariel. We learn that Ariel and Malcolm have great chemistry. Ariel has a son named Eli and while practicing for baseball, the boys give him a chance to bat. Eli turns out to be a natural, hitting the ball like a pro. They all immediately come to the conclusion that Eli must be a part of the baseball team. Meanwhile, Ariel and Malcolm hang out some more, with the spark between them being very apparent. However, that’s the only thing they have going on for themselves. Malcolm realizes this and tells Dave and Marty about it. Dave asks Malcolm to not break up with Ariel until the playoffs because he needs Eli on the team.

Marty points to the murky morality of this but Dave is not hearing anything. Later on, Malcolm and Ariel have a steamy meet-up again. Malcolm finally musters up the courage and tells her that their relationship can’t work. He tells her that they’re polar opposites and to his surprise, Ariel agrees. She reveals that she was going along with the hook-up only because of Eli and that Malcolm would take him out of baseball if they broke up. Malcolm tells her he had the same fear but for her taking Eli out of the team. Realizing they do have some common ground but not the compatibility for a relationship, Ariel and Malcolm both agree to remain friends.

Episode 9 of “The Neighborhood” season 4 is set to release on December 6, 2021. The upcoming episode, titled “Welcome to the Splurge”, will revolve around Calvin’s extravagance and the subsequent worries. He will decide to “splurge” on a very expensive jacket. However, he will soon start worrying about wearing it outside the house, deeming it too special for that. Meanwhile, Dave and Gemma will contend with a worry themselves. When their new friends’ daughter strikes a friendship with Grover, they will start worrying that she may be a bad influence on their kid.

The Neighborhood’ Season 4 Episode 9 will release on CBS on December 6, at 8/7c. New episodes air on CBS every week on Mondays. You can stream “The Neighborhood” season 4 online on Paramount+ and CBS’s official website. You can also access CBS online via Live TV services. These include Fubo TV, Youtube TV, DirecTV, Sling TV, and Hulu+Live TV. Viewers can also rent or purchase episodes from VOD platforms like Google Play, VUDU, and iTunes.

Also Read: Alex Rider Season 2: Everything You Need To Know