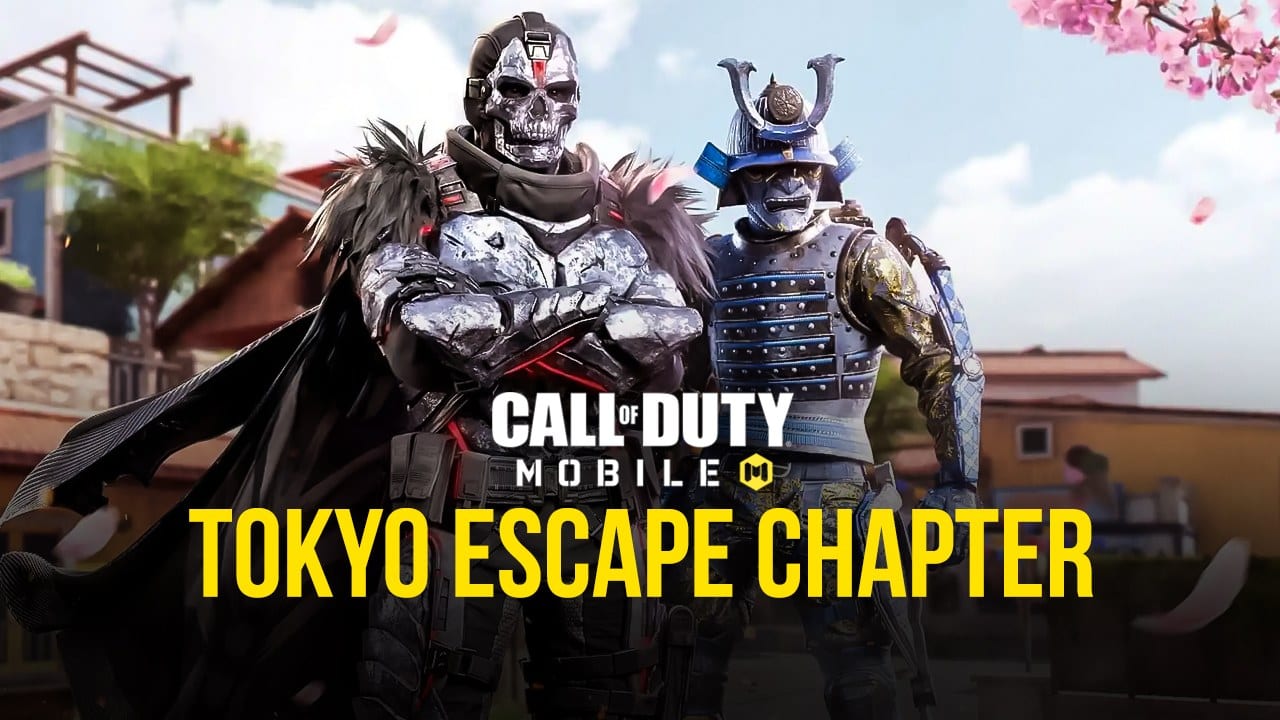 The ever-popular battle-royale/multiplayer shooter Call of Duty: Mobile is soon getting a third season. The second season, Day of Reckoning, has ended on 16th April. Talking about COD: Mobile, this game was released back in October 2019. There was a buzz of this game from late 2018, I guess. People were eagerly waiting for the game, and the game created a lot of hype. It did stand up to its hype, and it was a worthy competitor to PUBG, which was ruling the mobile gaming market during that time.

Looking at COD: Mobile Season 3, there are a lot of additions to the game like new skins, new weapons, new maps, and much more. Let’s have a look at all the new additions in detail but before that, have a look at the small announcement teaser, which was released by the publishers on their official Twitter handle.

🌸Season 3: Tokyo Escape
⚔️Time to bring your swords to the gun fight!

🆕New season is deploying in #CODMobile later this week! pic.twitter.com/tIZS5qBF2z

This small teaser has revealed the theme of the new season. It will be called Tokyo Escape, so we may get new skins and weapons of the Japanese tradition maybe. Let’s find out.

Heading on to the new weapons straight away, there are two new weapons added to the game: a pistol and a submachine gun.

The pistol is called Renetti, and if you are a huge fan of the Call of Duty series, then you will remember this gun from Call of Duty: Modern Warfare. This is a great burst weapon that can be used in clutch situations—a great secondary weapon to carry along with you.

🆕A new pistol is making its way to the next season!
❓Can you guess what it is?

The submachine gun added to the game is none other than the PP19 Bizon. Another famous weapon from Call of Duty: Modern Warfare. This gun is a great weapon in close-mid range fights. So this could be a very handy weapon at the beginning of the match if you plan to land in a popular spot on the map.

🤔 Look familiar?
❓ Can you guess what weapon this is?

🔜 You can expect it to arrive in the next season of #CODMobile! pic.twitter.com/s5acGodcAE

Since this season’s theme is Japanese, the fans are expecting something from that region too. So everyone has placed their bets on a Katana to be released as a third and surprise weapon. There is no announcement of such kind from the developers, but the chances of this happening are very high.

The Coastal map is like a small part of a region that is set on the coasts of a sea. So it is an urban map. There isn’t much space to hide and snipe for you. This map looks like a great place for one on one combats and nonstop action. The developers also tweeted a 30-second long video that shows the different places on the map. Have a look at it.

🗺Another new and unique CODM map is coming and preparing for deployment!

👍Coastal, a new multiplayer map, will be hitting #CODMobile shortly after the launch of Season 3! pic.twitter.com/5Js6FmdSmT

The Oasis map is set to be a map in the Middle-East region. There is no video for Oasis, like the Coastal map. It is rumored that the map may be taken from any famous COD game. Here is a tweet made by the developers regarding Oasis.

🖌👌🏻A final stroke of the brush… and that should do it!
🧐Might look familiar?

You can go here to find out more about the new reward and skins in more detail.

There were rumors of a new Zombie mode coming into the game. The rumor came straight out when a zombie game mode was spotted in the Chinese version of the game. Initially, there was a Zombie mode, but it got removed due to not reaching the expectations. But fans now want a zombie mode, and COD: Mobile developers released an official statement regarding this matter.

They said that the Chinese version of this game had got a brand new Zombie map called Shi No Numa. For the rest of the world, though, there isn’t anything yet. They said that they are working on something, so hold tight. Maybe in this season, the zombie mode will make a surprise entry and stun everyone. 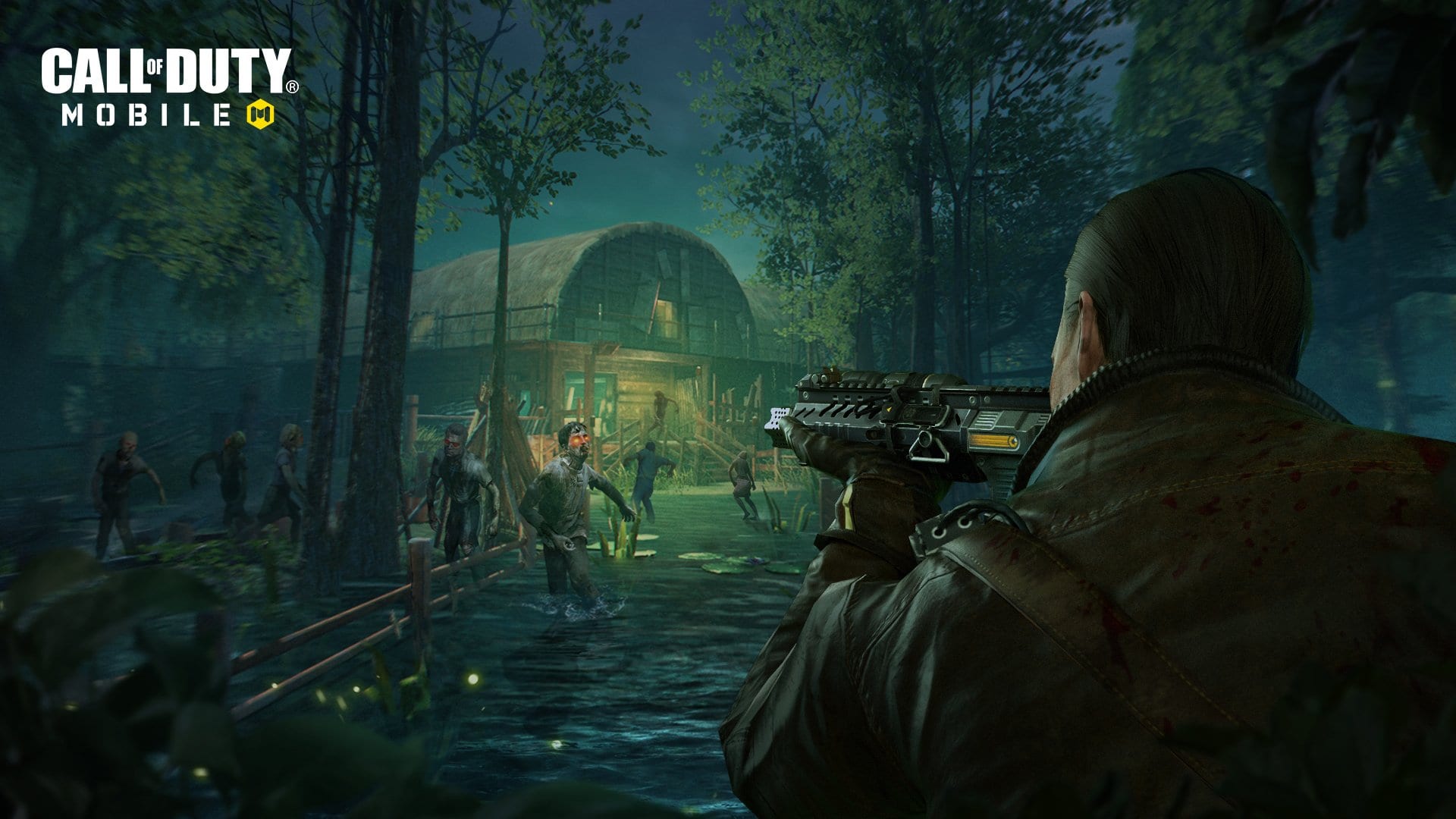 A Game character killing Zombies with a Shotgun

Major features like this tend to leak before the release, though, but we are not sure at the moment if we will get the zombie mode in this season or not. So all you can do is wait till it arrives.

The new season has already been released. The second season ended on 16th April, and the new season launched straight away on the next day on 17th April. Head on to your Play Store App and download this action fps multiplayer game, and enjoy this boring pandemic with them.