Call of Duty: Black Ops 4 made a huge bang in the market when it was launched back in 2018 by Treyarch and Activision. It is a dedicated multiplayer fps game. So there is no campaign mode but various multiplayer modes like battle royale and zombies. The exclusion of campaign mode didn’t make the game any less demanding, though. Fans of this franchise happily bought the game and jumped on to the battle royale bandwagon. It was probably the most popular mode three years ago. Even now, it is one of the most popular modes out there. But with time, the popularity of this game decreased, and the game started to fade away. What happened exactly which made this game go down the order of the multiplayer fps games? There are a few reasons to point out, which we will discuss below.

As said above, the game came with a blackout battle mode which had the biggest map in the franchise’s history. The zombie mode would see us fight against dead men walking. There were three different quests initially, named IX, Voyage of Despair, and Blood of the Dead. The zombie mode didn’t gain much traction as the battle Royale. The normal multiplayer mode was the deathmatch and other modes like flag capturing etc. The game was fast-paced combat which would pump your blood with all its action. Although you would require some tactical analysis, there will be barely some time to do that. It is very fast-paced. 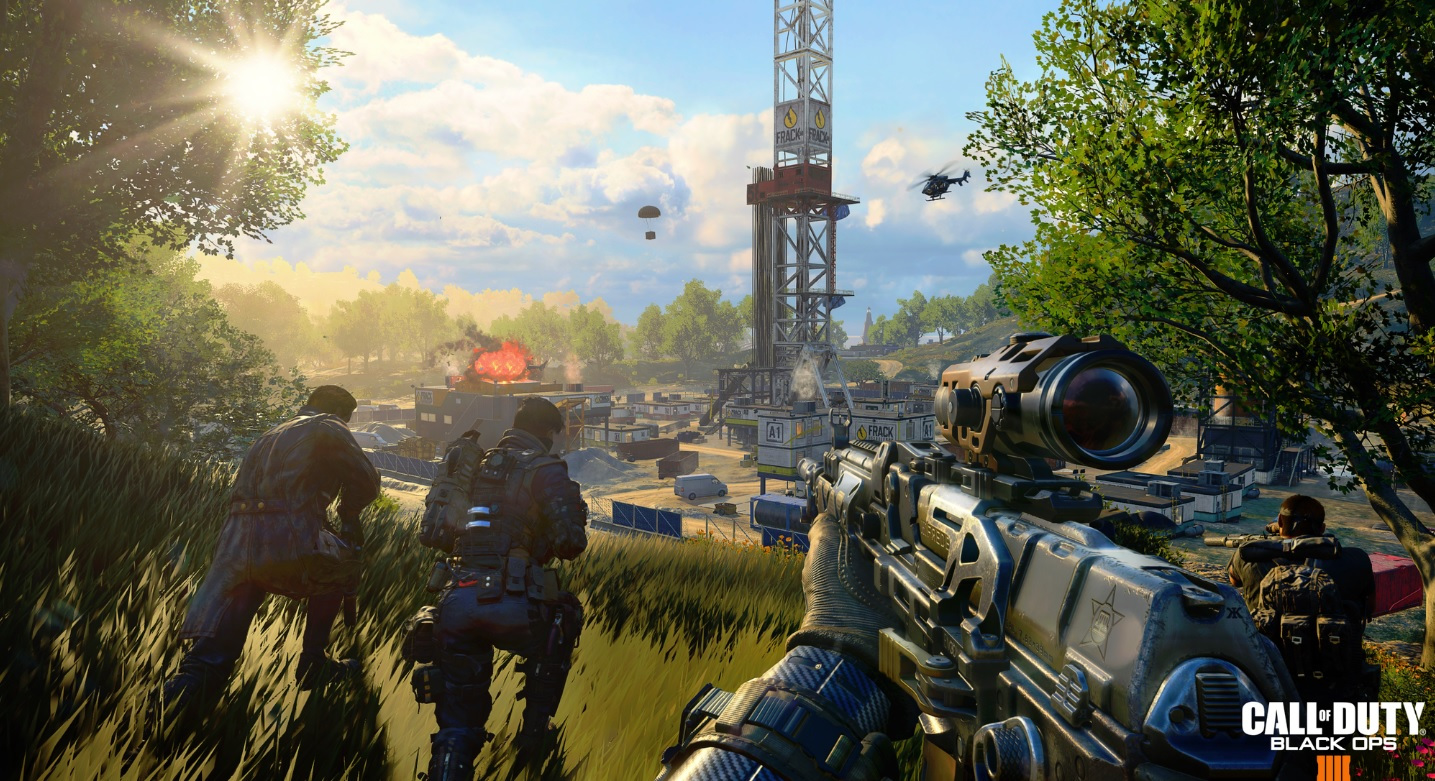 The game started with a bang, but then there came a lot of issues like high pings, more waiting in lobbies due to lack of players, and lack of season updates by Activision. The last update which the game received was in December. That, too, was a 160 MB patch, and it didn’t have any new noticeable inclusions. Players took social platforms like Reddit to show their disappointment towards the game. Only 3-4 months after the launch, there were so many complaints regarding the lags and automatic kick-out from the matches faced by the users.  A lot of users also faced issues of the game crashing, and huge fps drops on a particular map called Gridlock.

Treyarch did make some efforts in order to improve the performances by releasing patches, but they were of no use after some time. All the players were frustrated by the lack of support from the developers, and slowly the number of active players started decreasing. There was a time when people were saying they are meeting the same people again and again while matchmaking. That’s how low the number went.

Even Activision and Treyarch stopped providing updates after they started working on Call of Duty: Black Ops 5, which goes by the name Cold War. Initially, they had a great season pass, there were different operators with different capabilities, and they were so much fun to play with. The sales of this game were great. It surpassed the sales of Black Ops 3 and was a top-seller. People really loved this game till the technical glitches started to kick in.

Maybe Activision and Treyarch could have done a little more by making the game technically more stable. Even if the game was more stable and if there were no high pings, crashes, and lags, the game would have survived without any season updates kind of thing for a good amount of time. People loved the initial set of characters and their different sets of abilities. The game was challenging to win, and players love challenges.

We really don’t know why the developers neglected the game after some time of its launch. Maybe the COD: Cold War could have played a huge part in it, or maybe there were some other reasons. Only the developers know. Well, after so much discussion, we can say that COD: Black Ops 4 is almost, if not completely, dead. Did you ever play this multiplayer fast-paced action fps? If yes, then tell us what were your experiences with this game. Did you face any of the problems mentioned above? Or the game was smooth as butter for you. Let us know your experiences down below.

Warhammer Age of Sigmar: Cursed City: Everything You Need To Know

Requiem of the Rose King Is Now Getting An Anime

Requiem of the Rose King Is Now Getting An Anime