Min Sang Un got to know one of the biggest secrets that changed the course of the story. 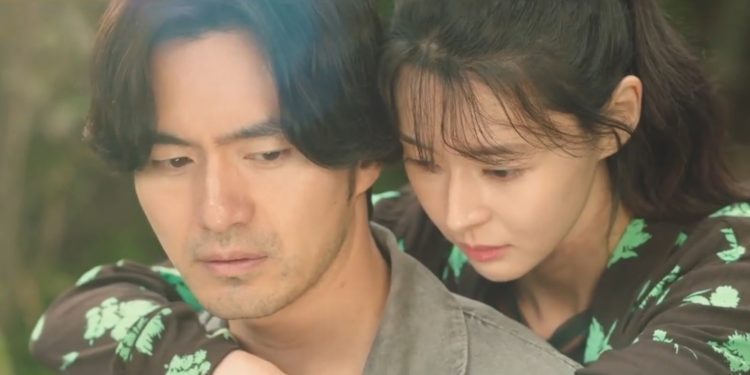 There will be a shift in the air in ‘Bulgasal: Immortal Souls Episode 9’. The destined enemies are now getting along, as Sang Un has started to trust Dan Hwal. However, one thing is interesting that if Sang Un has Dan Hwal’s soul, then why is Ok Eul Tae getting bothered by it? Why does he experience pain whenever Sang Un gets hurt? From the time Dan Hwal got to know that there was no scar on her shoulder, his behavior has taken a turn towards her.

When Sang Un heard about the kind of woman she was in her previous life, she despised her. For in the present, she was a soul who wanted to protect her remaining family. She would never run away when the other was in danger. The lead actors, along with the supporting actors, have truly done a commendable job. The OST also fits the ongoing storyline.

After the horrific incident of Gapsangoe trying to kill Sang Un, it felt something had changed between them. Sang Un shared her thoughts about how she wanted to lead an ordinary life and care about day-to-day activities. Despite knowing that her soul may be taken away from her, she kept her wishes on the table. However, for Hwal, living meant nothing. The anger, frustration, pain felt for all those years, he wanted to put an end to it. Meanwhile, Ok Eul Tae wanted to end the chapter of Sang Un as soon as he could.

On the other hand, after Dan Hwal and Sang Un came home, Hye Suk made a prophecy that someone whose memories have been lost will be responsible for killing all the people present there once their memory is restored. Dan Hwal didn’t want Detective Kwon to continue with the case of Ok Eul Tae as it was extremely dangerous for him. Detective Kwon then revealed that one of his colleagues who was investigating the case of Sang Yeon’s murder was also killed by Bulgasal. That’s why he was after Ok Eul Tae.

Sang Un went to see her grandmother, who was her sister fifty years ago. What she got to know there changed the point of view of the entire storyline. Her grandmother revealed that, in reality, it was Dark Hole who killed Dan Hwal’s family and not her.

Meanwhile, Detective Kwon went after Ok Eul Tae to do some investigation. There he got to know that along with him, Hwal was also another Bulgasal. An acquaintance of Dark Hole Dueoksini tried to kill Hwal by holding detective Kwon hostage. Surprisingly, Ok Eul Tae bit her, and she went away from there. Sang Un appeared there and told Dan Hwal, who in reality was responsible for killing his family.

The drama, Bulgasal: Immortal Souls, is available on its original network, tvN. Apart from this, it is also available on Netflix. It can also be viewed on the TVING app. The drama started its journey on 18th December 2021 and is expected to end its run on 6th February 2022.

With Sang Un’s grandmother saying that Hwa Yeon made everyone alert about the upcoming danger, one thing is clear that she was not as cold as Sang Un previously thought she was.

Bulgasal: Immortal Souls Episode 9 will be released on 15th January 2022. The drama gets telecasted every Saturday and Sunday with an estimated duration of 60-80 minutes.