Bulgasal: Immortal Souls Episode 5: Your Soul Is Mine

Dan Hwal met the woman he was looking for, however he was not the only one. 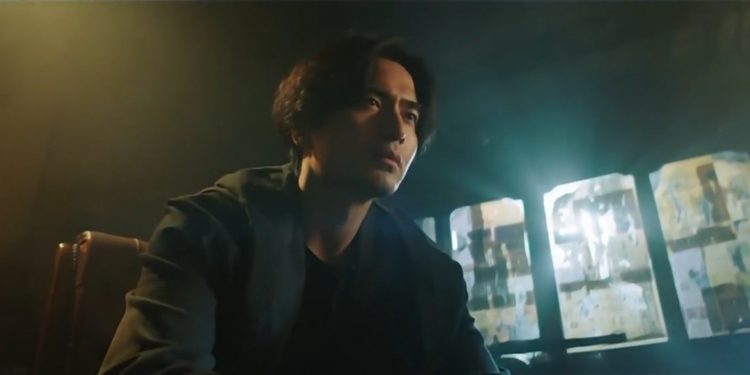 ‘Bulgasal: Immortal Souls Episode 5’ will create more questions in the hearts of the viewers. It left all the fans asking for more when Dan Hwal finally reached the place where Min Sang Un previously used to live. Finally, when they met, Dan Hwal couldn’t get to kill her. It was also revealed that he had known about the twins for a long time. Maybe he was just waiting for the right timing when Sang Yeon and Sang Un will be a little bit older. However, why the other monsters incarnated as humans were after Dan Hwal’s soul? By the looks of it, Dan Hwal and Sang Un might have a past that goes beyond ages.

Will San Un stay at the same place despite knowing the upcoming consequences, or once again will she be hiding somewhere? The characters have layers in them which makes it all the way more interesting. Their past has so much to say about their present scenario. It will be interesting to watch how the plotline unfolds.

Bulgasal: Immortal Souls Episode 5 will release on 1st January 2022. The drama gets telecasted on two consecutive days, Saturday and Sunday, at 5:30 pm IST. For USA and Canada, it will be 7:00 am, for Australia 11 pm, and for the UK, it will be 12:00 pm. Each episode has a duration of approximately 60-80 minutes, with a total of 16 episodes. If no changes in the schedule take place, then the drama will end on 6th February 2022.

The highly anticipated drama will be telecasted on its original network tvN. Apart from this, Netflix will also be streaming this drama. However, to access this drama on the global streaming platform, you will have to buy its subscription first. Choose any of the given plans according to your preference and enjoy the ride of the Bulgasal storyline.

Dan Hwal didn’t get how Dan Sol and Min Sang Un became sisters. After all, they were enemies from their past lives. When Sang Un indicated that they had to move once more, Shi Ho denied that. Sang Un came to know that Dan Sol, presently identified by the name while Min Shi Ho was pregnant. Therefore, in such conditions, she could not move like that.

Meanwhile, the monsters were still in search of Sang Un’s soul. Shi Ho got saved by Dan Hwal from the monsters. Here, she felt something different by his touch. As if she previously knew him. Does that mean her memories from the previous lives were coming back? Dan Hwal met every person connected to him, however, in a different avatar.

Things were getting rough as this game of revenge and blood was raising its bars. Sang Un got to know from her grandmother that only a  bulgasal could kill another bulgasal. That meant that apart from Dan Hwal, someone else was also bulgasal.

It seemed like an attack was launched on Sang Un by the Dark Hole. The moment he was going to kill her, Dan Hwal made an appearance. Even after getting Sang Un so close, Dan Hwal still couldn’t kill her. Though Dan Hwal encountered all the people from his past life, he knew that they would have to encounter the same fate as they all were connected to his karma.

Sang Un made a surprising request to Dan Hwal. She told him that he was the sword to kill the Bulgasal and asked him to help her.

Will Dan Hwal help that person for whom he has been wandering for 600 years? Even if he agrees, then what will be the reason? The backstory between him and Sang Un is surely a complicated one.

The episode ended on such a gripping note that it will be hard to keep waiting. However, only a few days are left for the upcoming episodes, and till then, we just need to hold on a bit more.