Take a look at the behind the scenes from episode 5 and 6 from Bulgasal: Immortal Souls 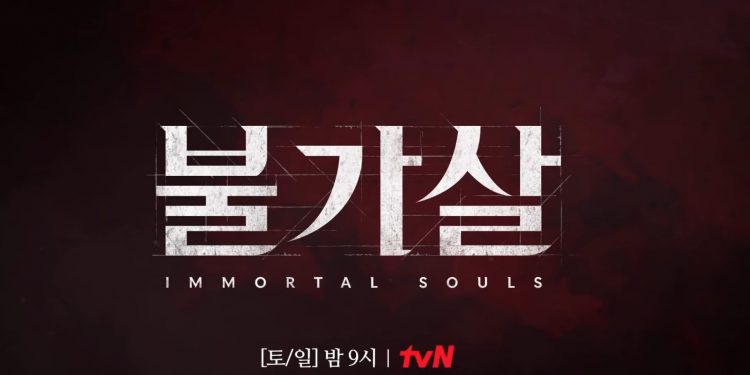 South Korean drama ‘Bulgasal: Immortal Souls’ is living up to people’s expectations as everyone is enthralled about the drama. For some, the gap from one Saturday and Sunday to another feels as if 600 years have passed. Sounds dramatic. However, we cannot blame them as the series is full of drama and has hit the exact right chords with the audience. Now what is happening in the series can be said from the airing episodes, however, wouldn’t it be interesting to know what goes on behind those scenes? Bulgasal as a drama has compelling cinematography and a storyline that has pain, suffering, and agony in it.

With such intense scenes shoot on camera, how is the situation behind all this? The drama stands at a very interesting point where the exact role of Dan Hwal and Sang Un’s in each other’s lives is still in a debatable scenario. What goes on making each scene so worthy is an interesting tale.

Bulgasal: Immortal Souls Episode 5 And 6 Behind The Scenes

tvN released a behind the scene video of episodes 5 and 6 where it was shown that the crew and the cast members were having fun while shooting one of the most intense scenes.

Lee Jin Wook and Kwon Nara were shooting the part where Dan Hwal brought Sang Un to his house for the first time. With so many emotions on that scene on camera, the behind-the-scenes was filled with laughter. After all, bringing the person whom one has despised not only for one lifetime but several, it surely was a difficult scene to shoot. However, it was completed with finesse.

It is also noticed that the main leads Lee Jin Wook and Kwon Nara share admirable chemistry, which surely is undeniable.

At The Swamp Set

Another part from behind the scenes was when Dan Hwal and his father were in the river along with others to search for the water monster. Lee Jin mentioned that the water with which he was dabbed was drinking water. The actor even said that he’s really happy that he’s given so much thought and attention. For him, that’s also one more reason to five his best in every shot. Not only Lee Jin Wook but Jung Jin Young also got the special drinking water treatment.

Behind The Character Of Dark Hole

Well, the dark hole is practically the common threat of Dan Hwal and Sang Un. He’s shown to be even stronger than Dan Hwal as he feeds on human blood. How is Dark Hole aka actor Lee Joon behind the scenes?

He was seen bantering with Lee Jin Wook when the scene came where Dark Hole tells Dan Hwal to hand Sang Un over. Also, it shows that how behind every line so much effort goes as Lee Joon, though perfect still was retaking a single shot so that the best performance gets delivered.

Behind The Samgyupsal Party At Hwal’s Place

So Dan Hwal doesn’t feed on human flesh or blood. However, that’s surely not the case with Lee Jin Wook. When Sang Un along with Min Shi Ho, Detective Kwon, and Nam Do Yoon sat down to have the gala feast, it didn’t matter to Dan Hwal. But behind the scenes, the actor was finding it difficult to resist the sumptuous meal. Well, it’s not its fault as well.

The drama gets on air on it’s original network channel tvN. Apart from this, the international audience can view the drama on the global streaming platform Netflix as well.

All you need to do is buy a subscription plan. Choose which plan suits you the best and then you are all set to dive into the world of Bulgasal: Immortal Souls.