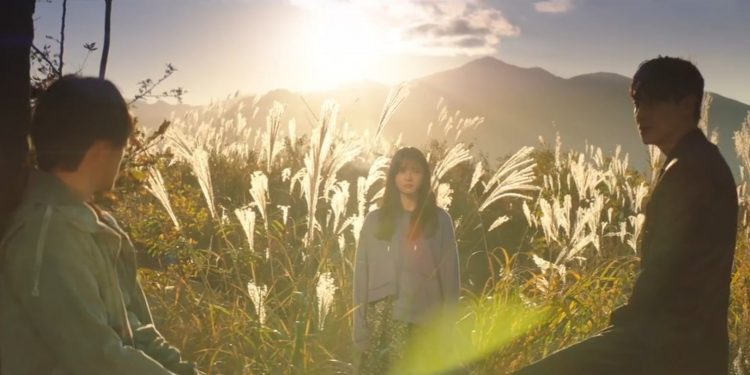 Dan Hwal may finally find out who caused such pain to his family 600 years ago in ‘Bulgasal: Immortal Souls Episode 10’. He started to open his heart a bit towards Sang Un. However, what if they were lovers in their past lives, and due to some reason, she had to be in the place of Ok Eul Tak. The possibilities stay as him, and Dan Sol’s marriage was of convenience. Even if that’s the case and Ok Eul Tak did kill Dan Hwal’s family, why didn’t he take the soul, and it was Sang Un who got it?

Min Sang Un, in the present, is the person with a soul. She wanted to live a peaceful life. Also, Dan Hwal has met kind of everyone in reincarnated form except for his son. Nam Do Yoon can be his son, and the way his character is unfolding, this can come true.

Dan Hwal takes Sang Un to the place where she used to live fifty years ago as Kim Hwa Yeon. She was the eldest in her family, however, she never used to leave her room. One day a massive fire broke out, which killed her entire family. When Sang Un got to know that she left her entire family in such a situation, she hated her. Meanwhile, the only person who accepted Hwa Yeon was her sister, who was currently Sang Un’s grandmother.

Ok Eul Tae had an unexpected visitor, which was none other than Nam Do Yoon. He was the one giving all the information about Sang Un to him. He thought Sang Un was the Bulgasal. After returning, Detective Kwon started searching for more about Ok Eul Tae. When Sang Un went to meet her grandmother, she got to know that Hwa Yeon wanted to save her family, however at that time, they didn’t believe her. When Dueoksini tried to kill Detective Kwon, Dwal appeared to save him. However, the arrival of Min Sang Un was a game-changer in the last.

Bulgasal: Immortal Souls Episode 10 can be streamed on Netflix. For the South Korean netizens, the drama airs every Saturday and Sunday on tvN. Apart from that, it can also be viewed on the South Korean streaming platform TVING.

Though Sang Un at first hated the fact that she had such a terrible past, after knowing the reason, she couldn’t blame her much. It is quite understandable as Sang Un previously remembered everything from her past life. So being afraid of the Bulgasal was natural, and so in that process, she became distant and cold towards others.

However, she still tried to save everyone by warning them, though nobody believed her. Also, just like the other monsters, was  Ok Eul Tae also one of them who tried to kill Hwal? What if Sang Un tried to save him, and that’s why she was there? There has to be an ulterior reason to it.

Bulgasal: Immortal Souls Episode 10 will release on 16th January 2022. The drama is well received for its character portrayal and storyline. The estimated duration for each episode is about 60- 80 minutes, though this can vary.