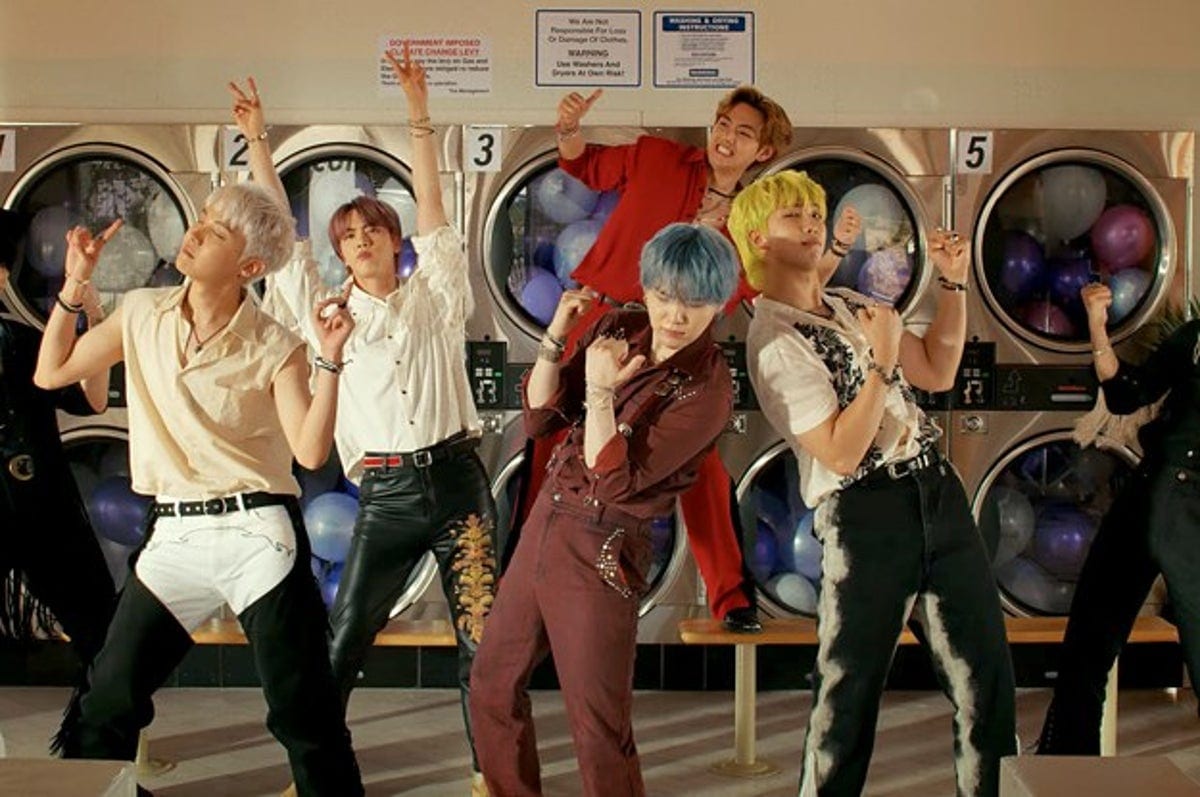 BTS’s Permission To Dance will not let you stop your feet at any cost. The new English language single by the Kpop group is a certified hit. Released on July 9, 2021, also known as Army Day, the song is a gift from Bangtan to the Army. The track is listed on the special “Butter CD” single. Written by Ed Sheeran, Steve Mac, Johnny McDaid, and Jenna Andrews, “Permission To Dance” is a “cheery” track. Earlier, Bangtan’s label, Big Hit Music/ HYBE, also announced that it is a track that will fill you up with positive energy. After watching the MV, we can easily say that Big Hit was right. The MV is currently trending in several countries on Youtube, as expected. The fans are waiting for the statistics to see how many records BTS broke with “Permission to Dance.”

The teaser was released a couple of days ago. And the fandom went crazy to see the boys in cowboy dress-ups. Moreover, the fans were not expecting the song to be in English. Previously, BTS did not announce much about the music. Hence, many were surprised to get another retro English pop by BTS. 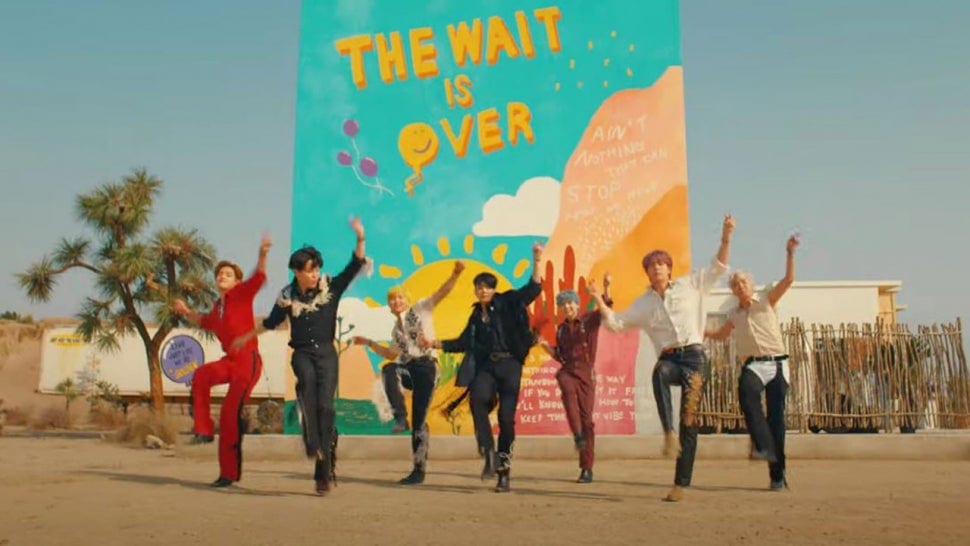 It hasn’t been a day since the release, and it is already on everyone’s playlist. Even we are guilty of watching the video multiple times on repeat. Well, besides their beautiful vocals and cheery attitude, the MV made many fans happy.

BTS’s Permission To Dance became their third MV to reach 10 million viewers in the shortest period. Well, nobody can deny the power of BTS and the Army. The MV began with Jungkook crooning lyrics in English, and it later moved to RM. But, RM is not rapping this time; The leader sang and proved that he has vocals just as good as the vocal line.

Lyrics such as “‘Cause when we fall, we know how to land” and “live just like we’re golden (Ooh) And roll in like we’re dancing fools” brought back the positivity. All of the members mostly debuted new hairstyles and colors. Jungkook got Emo hairstyle, Jin debuted pink hair, and Suga had blue-green hair. However, RM’s neon lemon hair was shining the brightest.

The group also added more people from across the globe to their MV. We met people of all ethnicities, career profiles, and ages in the video. Armys felt emotional and proud after watching the choreography as BTS used sign languages in their hook step. They asked everyone to “dance with them” by using sign language. Purple balloons, positivity, and Joy- the MV really had all BTS-aesthetics. 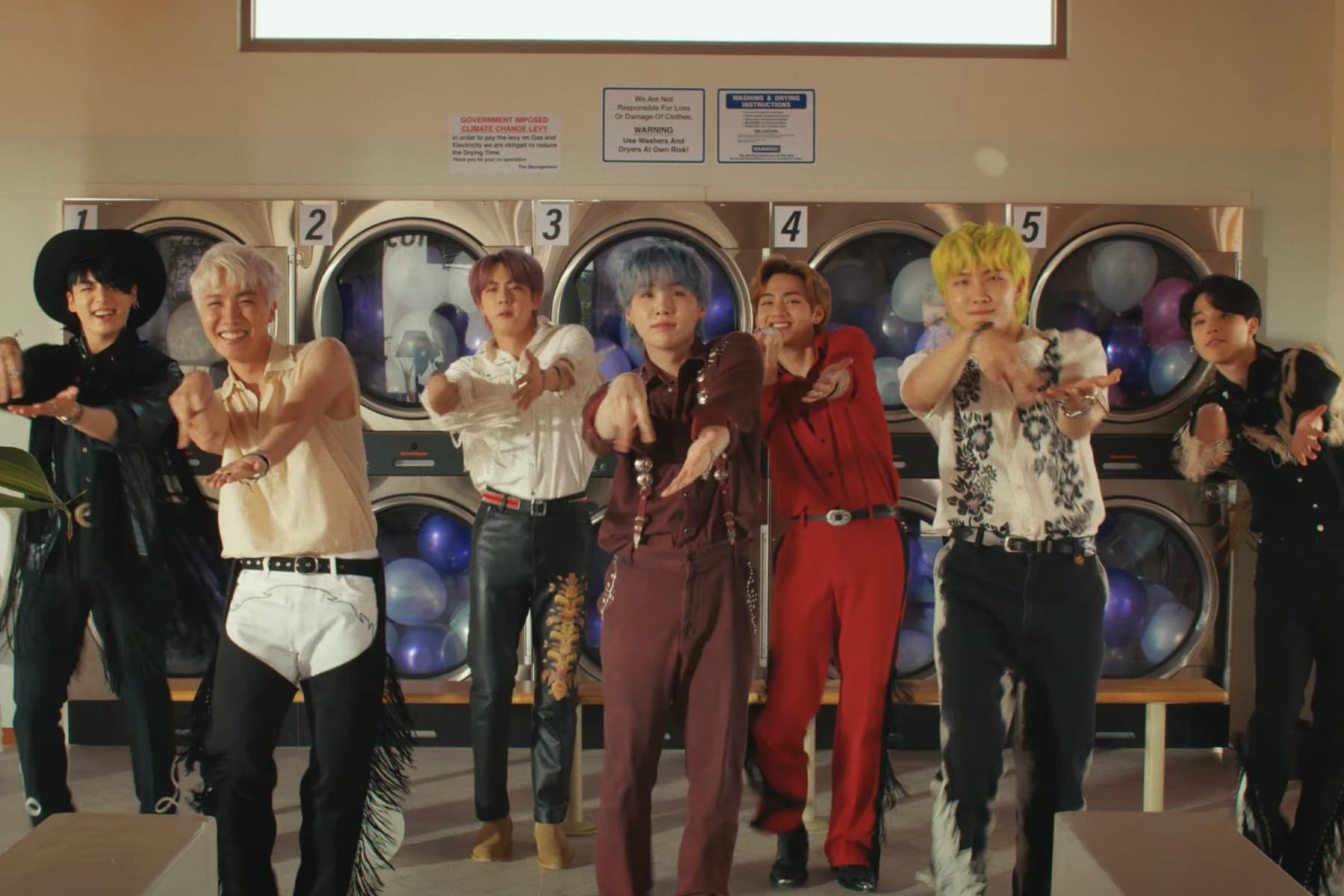 Throughout the video, all of them danced with their masks on. However, in the end, when they were filled with positivity, they took off their masks with the hope that everything will be fine. Also, Dynamite’s “Da-na na-na na-na na-na” made a cameo in the song.

According to the fans, it was the best gift they could ever ask for. The video was described by many as a “wholesome” and “feel-good” video. At the end of the song, BTS danced the hook step with their crew members and showed their excitement.

BTS’s Schedule For The New Track

Now that BTS has debuted another hit track, they will be giving Armys live performances via different platforms. After a few hours of releasing “Permission to Dance,” they performed the song at “Butterfly Gateway.” They also performed “Butter” and “Spring Day” at the vent. You can watch it here. BTS will make their US debut of permission to dance” at The Tonight Show with Jimmy Fallon on July 13 and 14.

With Permission to Dance out globally, we can look forward to more upcoming interviews and music events. BTS recently made its runway debut at Louis Vuitton’s Winter 21 Men’s Fashion Show in Seoul. The Army was left with their jaws on the ground. The septet looked elegant and chic in the newest LV collection. BTS is the latest global house ambassador of the luxury fashion brand. They also collaborated with McDonald’s biggest fast-food chain to launch the BTS meal, which was sold out as soon as it came out.