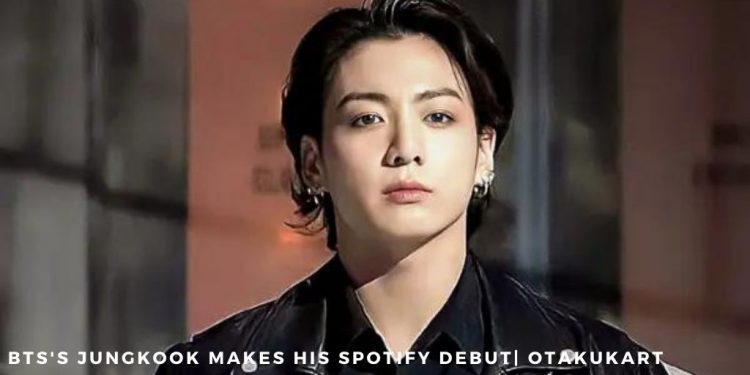 You read that right, folks! BTS’s Jungkook now has his own verified Spotify account. BTS’s fans have been waiting for this day to come for a long time now. The youngest member of the worldwide sensation BTS is the last one among his members to make an individual Spotify account. The 24-year-old rockstar has been teasing fans with snippets of his music. Now that he has a verified artist account on the most popular music streaming app, fans are on their toes. As soon as fans saw his account, ‘JungkookOnSpotify’ began trending all around the globe. This comes as no shock as BTS ARMY’s always go above and beyond to make their idol feel special.

Moreover, Jungkook’s band members and beloved hyungs, Suga and J-Hope, already have their individual verified accounts as they blessed fans with their mixtape releases in 2020 and 2018, respectively. Additionally, BTS’s Jungkook has garnered almost a million followers on his verified Spotify account without a single track. The power of the Golden Maknae is actually insane. Although there aren’t any newly released tracks, Jungkook’s Spotify account has a post that reads ‘Coming Soon’. This post is enough for fans to believe that Jungkook is going to be serving us some hot tracks really soon.

Now that Jungkook has finally debuted on Spotify, fans cannot wait to see what this new era beholds. BTS’s Jungkook may be releasing a solo track for his fans any minute now. This Spotify debut has fans on cloud nine because they believe that this is a step closer to the release of his highly awaited debut album ‘JJK1′. The album is set to release this year. To add fuel to fans’ excitement, Jungkook also posted a message on his Spotify account telling fans to wait just a bit. Although the release date of his debut album isn’t confirmed, the release of his debut OST definitely is. Jungkook will be singing an OST for BTS’s webtoon 7FATES: CHAKHO.

The cherry on the top is that the track is being produced by none other than the music genius Min Yoongi himself. Jungkook’s melodious voice and Suga’s production are every BTS’s fans dream come true.