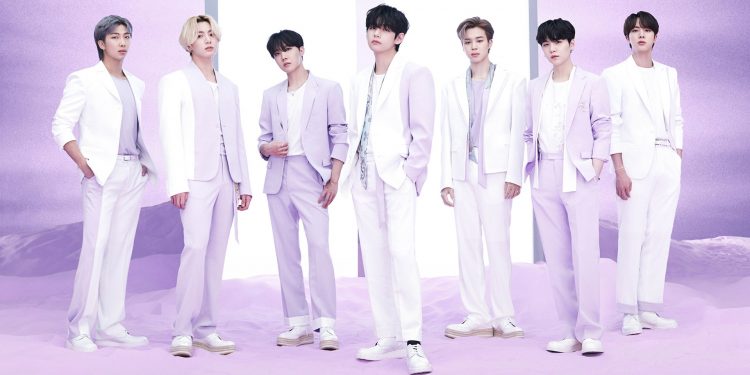 BTS has once again proved that they are global superstars. The Kpop boy band is topping the Oricon’s Year-End Album Charts of 2021. Moreover, they are the first foreign artists to do so in 37 years. King of Pop, Michael Jackson, held the title, and now BTS are enjoying the crown. BTS also became the first-ever group in history to top the Oricon Year-end album charts. BTS has a colossal fan following in Japan, and the numbers covered by Oricon this year, prove it.

Oricon is Japan’s most prominent music statistics site, and like every year, it collects data to share the most successful albums and artists within Japan. On December 22, it announced that BTS peaks at no. 1 on the year-album rankings charts for 2021, with their Japanese compilation album, BTS, The Best. The septet is now the first group in history to claim success at Oricon charts. Moreover, they are the first international artists, after Michael Jackson, who topped charts with Thriller, to achieve the position.

Oricon informed the public that BTS has topped the Year-end album charts with the album “BTS, The Best.” The company garnered data from December 28, 2020, to December 20, 2021. As per the statistics, “BTS, The Best” sold 993,000 copies sold in Japan, becoming the best-selling album of the year. The album also broke records on Oricon charts, right after its debut. “BTS, The Best” sold  782,000 copies in its first week and made BTS the foreign male artist with the highest first-week sales. Also, it debuted the weekly album chart (June 2021).

BTS, The Best comprises of group’s best songs crooned in the Japanese language, including fresh hits Film Out, Stay Gold, and Your Eyes Tell. In addition to this, BTS’s BE holds the 11th spot; meanwhile, BTS’s Butter secures the 13th position. Love Yourself: Answer, Love Yourself: Tear, Love Yourself: Her, Map Of The Soul: 7, Wings, and Map Of The Soul: Persona by BTS are also in the top 100 list of Top ranking albums. Other Kpop artists like NCT, TXT, TWICE, ENHYPEN, SHINee, and more have also secured a spot in the Oricon Charts.