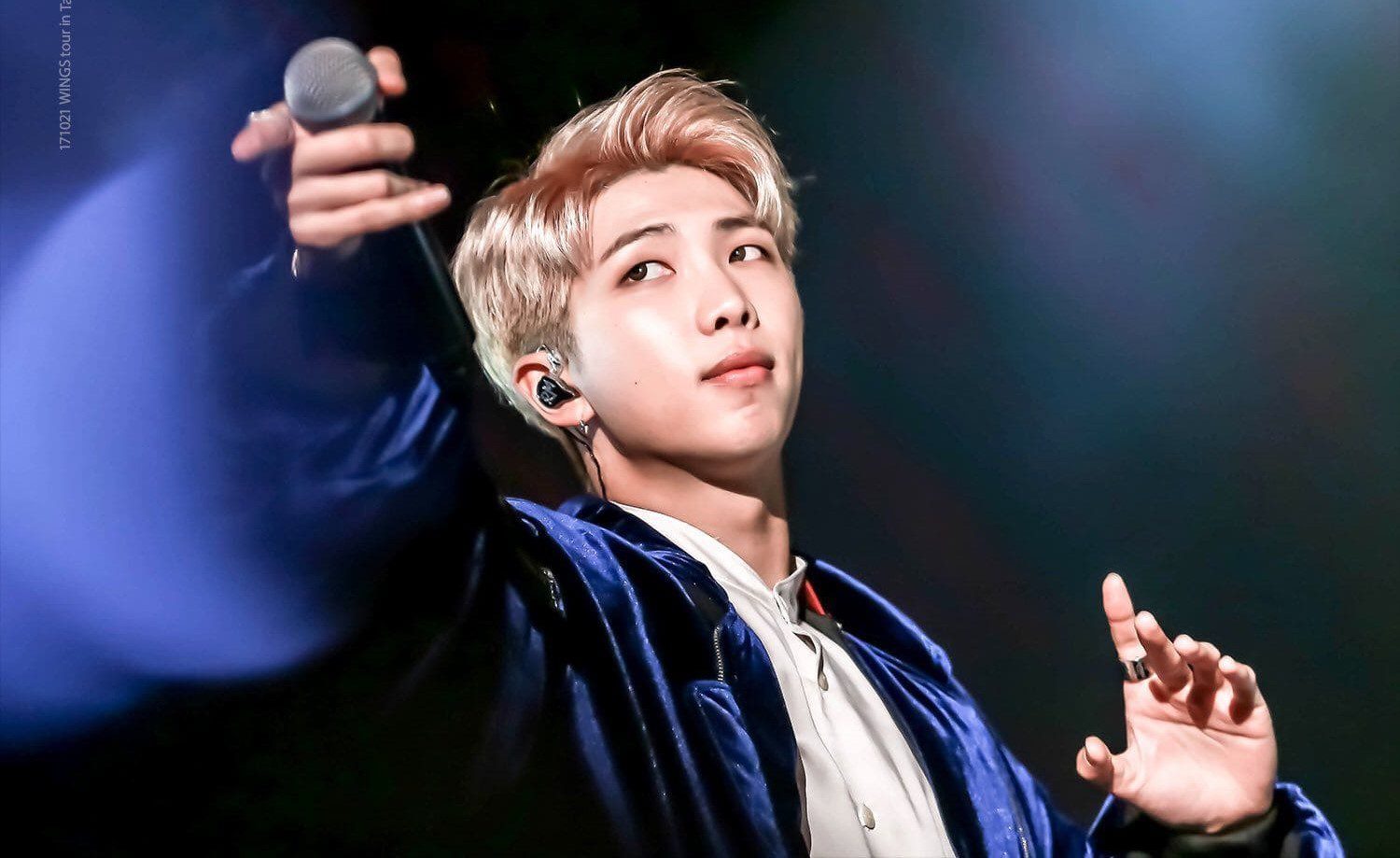 What are the best lyrics by BTS RM or Kim Namjoon? He is the leader of the prodigal South Korean band, which has completely changed the way our generation perceives pop culture. Namjoon’s abbreviated stage name, RM, is short for Real Me. Initially, when the band debuted in 2013, RM stood for Rap Monster. However, with the passage of time and keeping in line with BTS’ messages and concept, RM announced in 2017 that his name now meant Real Me. He realized that he was not a monster of any kind. Moreover, he also emphasized the act of loving oneself regardless of one’s shortcomings and failures, thereby the name.

Namjoon was born in Ilsan, near the cosmopolitan capital city of Seoul in South Korea, on September 12, 1994. He was a great student back in school and wanted to either become a poet or a writer when he grew up. However, destiny had other plans when Namjoon found out about his love for music. Becoming an idol was never a part of his plan, especially given the fact that his academic records have always been shining. In fact, he is often said to have scored among the top 1% of students in South Korea back when he was in high school.

In the end, though, Namjoon did end up becoming both a poet and a writer. However, the path that led him to this fate was certainly unconventional. Namjoon writes songs. In fact, he is a gifted lyricist. RM has over 150 songs credited to him. Not only has he written songs for his mixtapes and other BTS albums, he frequently pens down lyrics for other artists too. In celebration of Namjoon’s 27th birthday, here are five of his songs with genius lyrics that you absolutely need to listen to.

We cannot write an article on BTS RM Best Lyrics and not talk about Trivia 承: Love as the first song. It was back during a Vlive in 2016 where RM first spoke about the similarities that exist between the words for person, love, and live in the Korean language. He also said that these words were perhaps purposely made to sound similar because, after all, a person cannot really live without love, can they? In 2018, through BTS’ Love Yourself: Answer, RM released his solo song Trivia 承: Love with brilliant wordplay and sang about celebrating love. 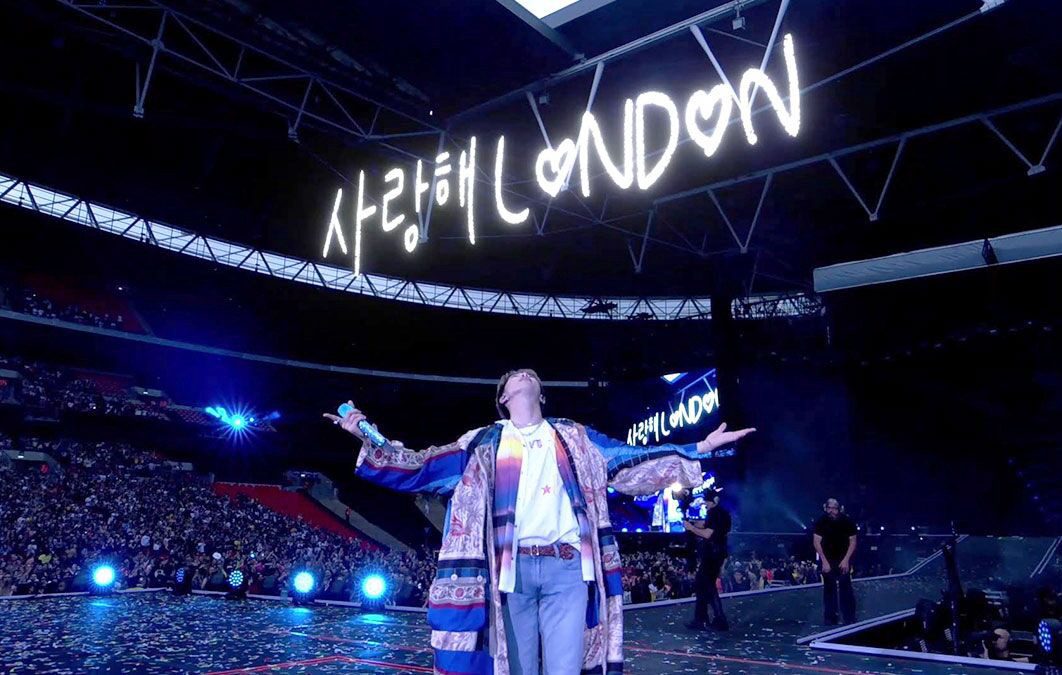 RM begins the song by talking about his inability to truly put the euphoric emotions that love makes him feel into words. He says that it is like the cycles of sun and moon rise and that of fingernails growing – it is inexplicable. He describes the feeling as something very organic and natural. Perhaps so homogeneous that you don’t really realize it was cocooning you in its warmth.

The genius capacity that RM’s mind is capable of is on full display when he sings that love erodes the sharp edges that he has as a human and softens them. For someone not familiar with the Korean language, they will find this line cryptic. However, the story behind it makes complete sense. The Korean word for a person is 사람 while that for love is 사랑. The words are spelled and pronounced exactly the same except for the last letter. However, if you round the edges of ㅁ, you will get the letter ㅇwhich has no sharp edges. There’s another part of the song where RM sings that it is a long way from ‘I to U’ so f*** jklmnopqrst, I crossed all the letters and reached U.

Now, this is certainly one of the most interesting additions to our list, and I am very excited to write about it! This counts as one of BTS’s RM’s best lyrics. Frankly, I really wish I knew more about who came up with the idea of this song in the first place – BECAUSE IT IS A CREATIVE GENIUS! At first glance, for anyone, the name of this song might come across as a very random number. However, it’s not! This number is not really significant to BTS’ history, but it certainly does hold some value to our Solar System! Here’s why. 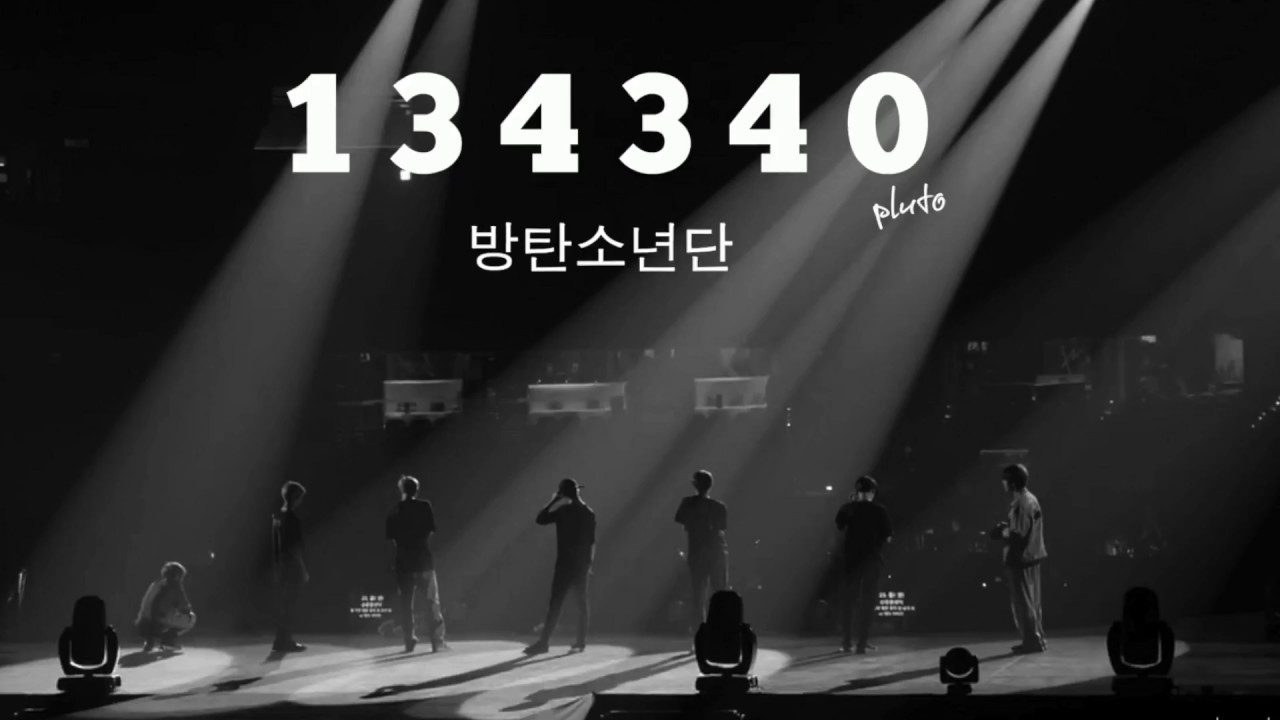 In 2006, Pluto lost its status of being a planet and was instead assigned this number – 134340. The song is written by personifying Pluto, and it speaks about the pain of being forgotten. RM wrote – ‘Us is just a plural of U’. Going into details, RM asks how easily we erased them and just forgot about them. This song is a part of BTS’ Love Yourself: Tear. Though this is just pure conjecture, RM sings about a past relationship here. And in all possibilities, it is one that failed.

Loving one’s own self is the inevitable next step to moving on from a failed relationship. We constantly question ourselves about what we did wrong in our relationships for them to fail. Most often than not, we all made the best possible choice under the given circumstances. Perhaps alluding to this assumption, 134340 made it to the main lineup as the 4th track of the album.

Whalien 52 is not just credited to BTS’s RM’s best lyrics but also SUGA and j-hope along with other BigHit producers. So we cannot exactly pinpoint who wrote which part. However, this song is an extremely important one in the band’s discography. Here, BTS sings about the 52 Hertz whale, which makes a sound that is in the higher decibel range than most whales can even hear. It is highly debatable whether such a species of whales even exists. Since the 1980’s this pitch has been detected. This whale is often known as the world’s ‘loneliest whale’. The lyrics of this song highly reflect BTS’ own journey to success. 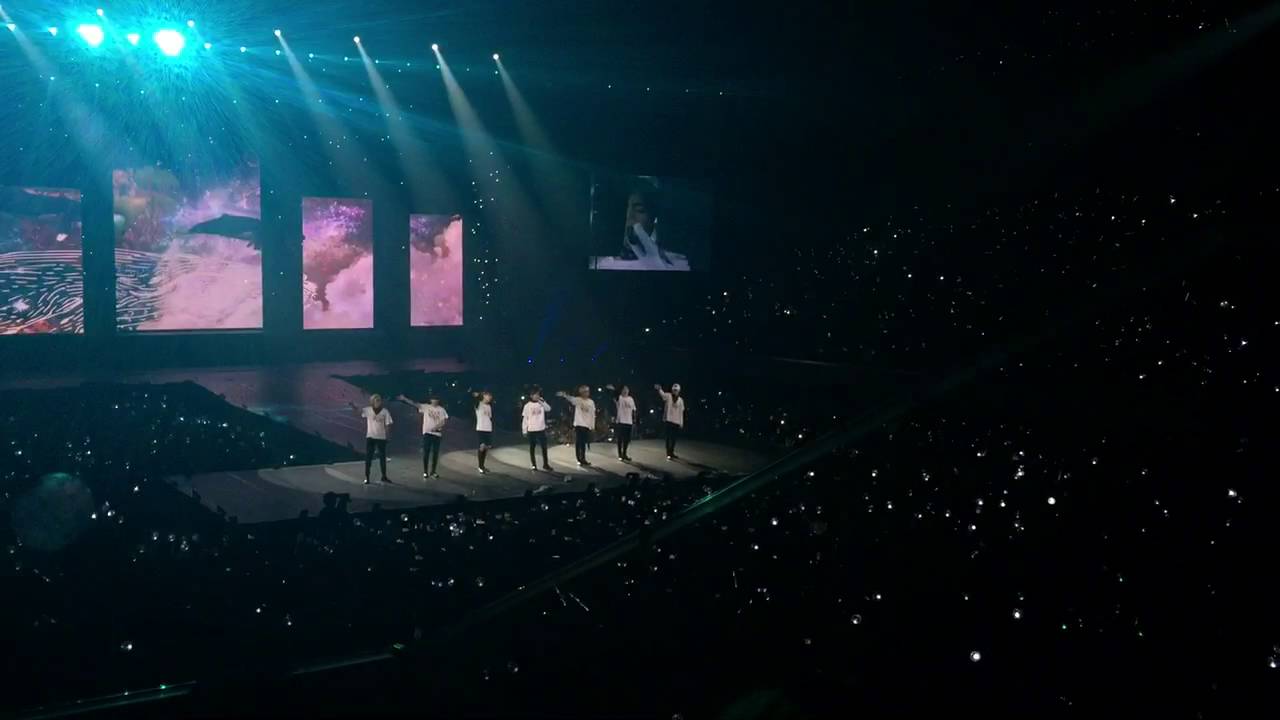 Initially, when they began, the group didn’t hold the influence that they do today. In fact, they were often treated as outcasts in the industry because of the themes that their artistry was mainly based upon. Here, during RM’s verse, he sings that his mother has always said that the ocean is blue. She has also said that he must constantly raise his voice to reach farther. But he asks how he can do it since there are so many whales who speak other languages. He also sings about how he desperately wants to express his love but can’t because he speaks a language that only he understands.

Whalien 52 is certainly one of the most underrated BTS songs. It speaks about our adolescent years when most of us feel lonely and misunderstood. Yet again, RM brings out his brilliant lyricism in a song that so many of us can deeply relate to.

Undoubtedly this song is very important to not only RM but all the members of BTS. This counts as one of BTS’s RM’s best lyrics. After all, they made their debut on the Grammy stage as performers with Seoul Town Road. It is actually RM’s collaboration with Lil Nas X and the former’s take on the latter’s record-breaking song – Old Town Road. If you have not paid close attention to the lyrics of this song and that of the original one, you might actually be slightly perplexed by its addition to our list. Let us break it down for you. 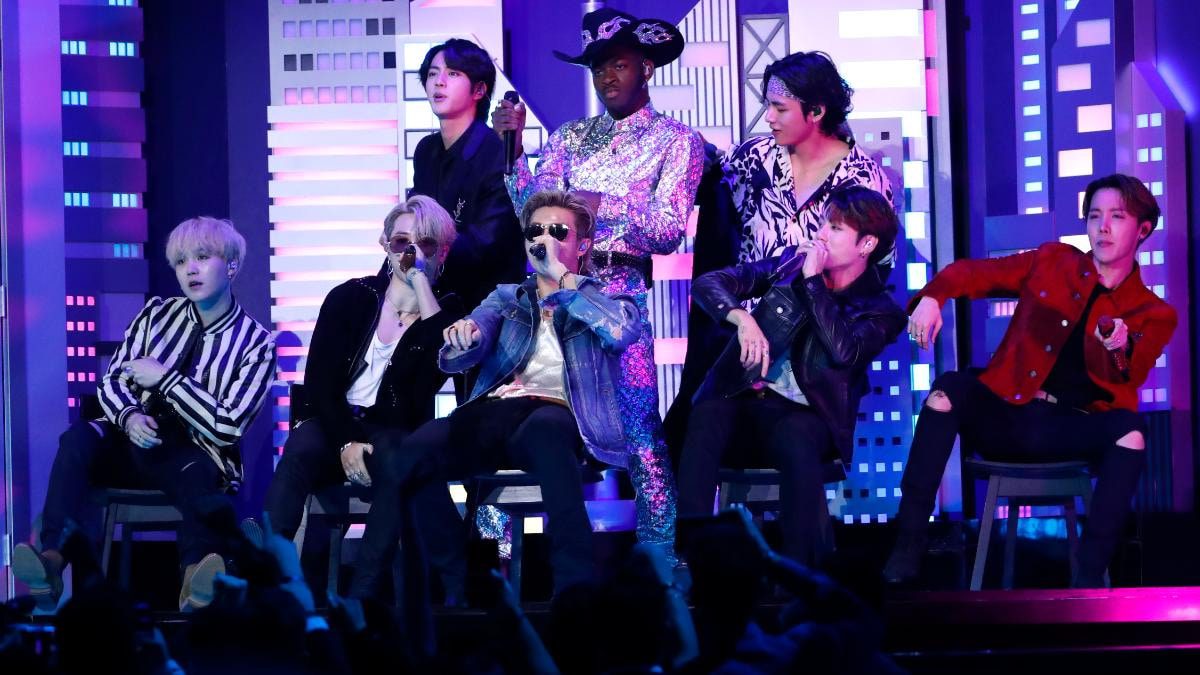 The original song has made several references to farming. Lil Nas X sings about tractors in fields, bull riding, and horses. Hence, when you first listen to Namjoon singing about his ‘homis‘. It might come across as a little strange, almost as though there is no context to the original song. However, one fact that most of us are unaware of is that ‘homis‘ is actually a Korean farming tool that is made of steel and is quickly gaining massive popularity worldwide.

Thereby, when Namjoon sings that he has his homis in his bag, they are made of steel and are from Korea, he definitely makes an indication towards farming. Now, this conjecture is confirmed in the lines that follow where RM sings about riding to the farm and harvesting (grabbing) all the corn. Namjoon’s rendition of this classic song makes complete sense now, and we are blown out of our minds!

Frankly, this list could be endless, and I could have gone one and on about Namjoon’s breathtaking thought process. However, it had to end somewhere, and what better way to do that than with moonchild? After all, we call our beloved reader by this name too, and it is certainly one of the most ‘Namjoon’ songs ever. moonchild appears in the BTS leader’s second mixtape (solo album), mono, as the third track.

Before we tell you more about the song, you need to be clear about the concept of this album. mono was released just after BTS concluded their Love Yourself series. While the latter is all about loving oneself, leading a happier life, and basically all things that are bright, it’s not the case for the former. In mono, RM brings out the darkness and loneliness in his life. moonchild is probably one of the best songs when it comes to highlighting the depth of a vague abyss in his life.

In moonchild, RM sings in the second person. He talks about how ‘you’ are born to the moonlight, which can be seen as a metaphor. RM also sings that he must hide his heart. He says that all the pain and all the sadness is his destiny. Finally, he asks the moonchild not to cry because it is his time to shine when the moon rises. What is really mindblowing about this song is RM’s inspiration behind it. What started as a rather dark track ended with a beaming glimmer of hope. Later, RM did say that he went through a dark period in his life during that time. However, he didn’t give many contexts regarding his inspiration behind the song, or for that matter the entire mixtape. That’s all for BTS’s RM’s best lyrics.