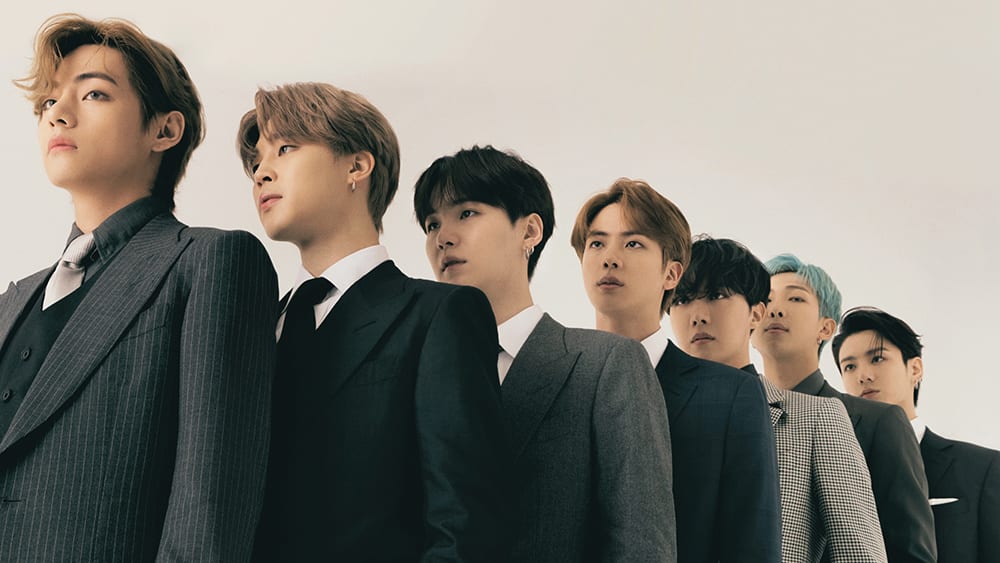 Any person who consumes pop culture content even in the slightest possible bit would have to live under a rock to be unaware of who BTS are. Often regarded as the most popular boy band in the world, a title they have held since 2019, these brilliant South Korean artists are a group of seven boys who have taken the entire world by storm. They are some of the youngest UNICEF Ambassadors, along with being some of the most influential men on Earth at the moment.

Though they debuted in 2013 as a K-Pop idol group from a small agency in the cutthroat market of the music industry in Korea, true international recognition came to this record-breaking boy band in 2016, when they released their Wings album. They have been unstoppable since with breaking numerous records all around the world and topping some of the most well-regarded charts, multiple times. Very recently, in their last mini-album, BE, that came out in November 2020, they included their first English-language single Dynamite that topped the Billboard Hot 100 for three weeks. The leading single from the same album – Life Goes On became the first-ever Korean song to rank #1 on the Billboard Hot 100. Recently, they announced their second English-language single – Butter that is all set to release worldwide on the 21st of May 2021. The teaser clips for the same are being released as the final date approaches. 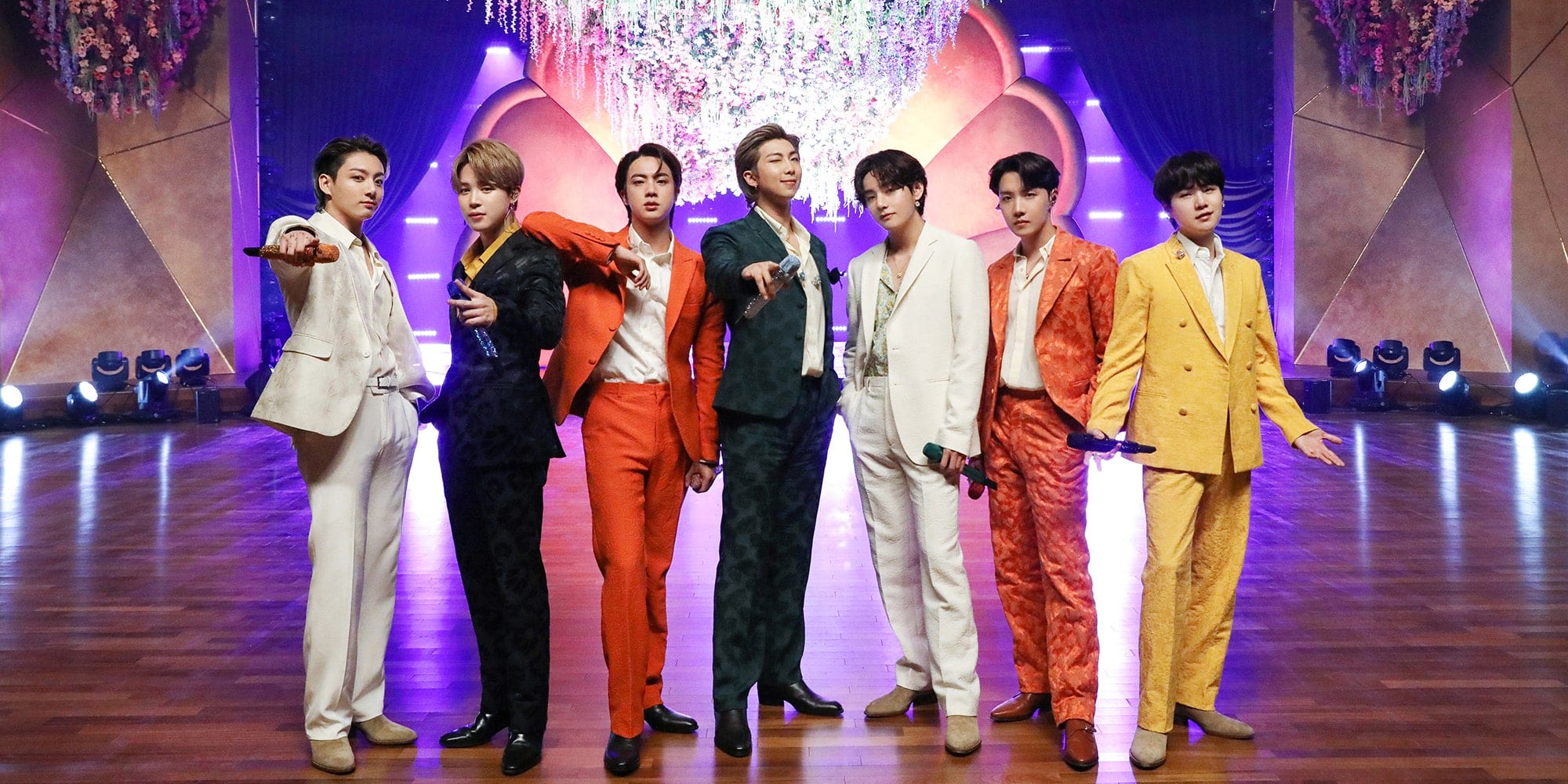 BTS’s Legendary Dynamite Performance at The Grammy’s in 2021

The seven BTS members are – RM (Kim Namjoon), Jin (Kim Seokjin), SUGA (Min Yoongi), j-hope (Jung Hoseok), Jimin (Park Jimin), V (Kim Taehyung), and Jung Kook (Jeon Jungguk), in order of their popular fan chat that their fandom, one of the biggest in the world, A.R.M.Y., came up with. A.R.M.Y. is the abbreviation for Adorable Representative MC for Youth. Now that you have some foothold on the band’s background, read on to find out more about BTS recently made history on the Billboard World Albums Chart.

On the 4th of May 2021, Billboard made an announcement on their official Twitter handle about a new world record, made none other than BTS. BTS has become the first-ever artist in the world to claim all the top 4 positions in the Billboard World Albums Chart, all at the same time. In consecutive order, the albums which peaked were Map of the Soul: 7 at #1, BE at #2, Love Yourself: Answer at #3 and Love Yourself: Tear at #4.

Map of the Soul: 7 was released in 2020 to mark the seventh-year anniversary mark of the boy band. The number ‘7’ is very important to them as they are a seven-member boy group. This was their most artistically complex album, with a diverse variety of songs showcasing each member’s unique artistic capabilities and how well they blend in together regardless of all their differences. Some of the most popular songs from the album were Black Swan, ON, Inner Child, Filter, Shadow, My Time, Moon, Ego, and Persona. Map of the Soul: 7 has held the first position in the Billboard World Albums Chart for 27 consecutive weeks. This album is also trending in the Billboard 200 at No. 111 and has been on the charts for 62 weeks now, making BTS the longest-charting Korean artists in the Billboard 200. Member V’s solo sing Singularity will be touching its three-year anniversary mark on the 7th of May 2021. The song has re-entered the Billboard World Digital Songs Sales chart at No. 1. 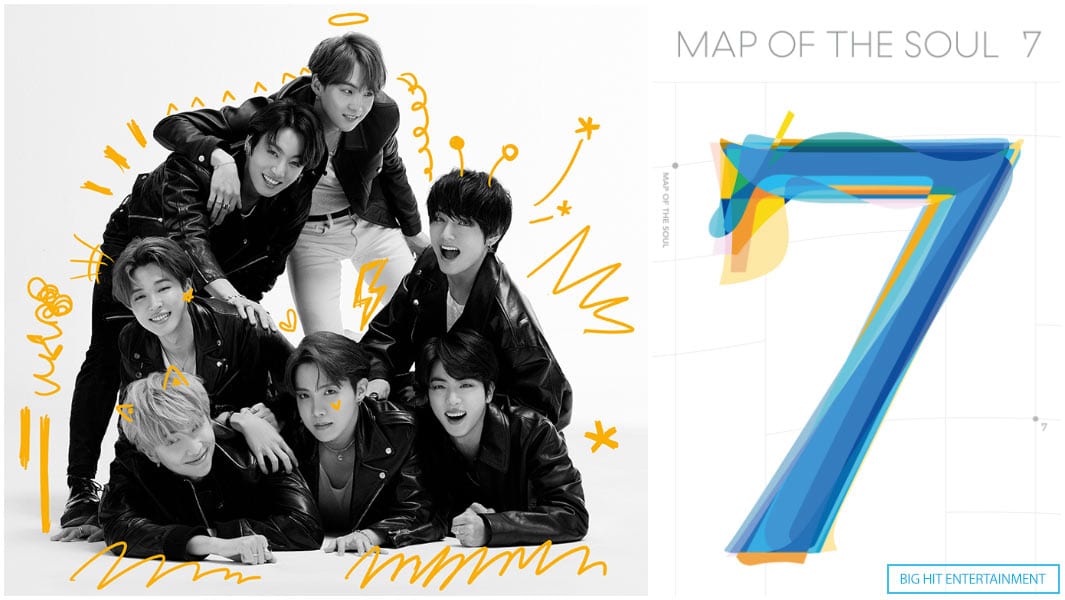 Making history almost every week by breaking some record is something that comes very naturally to this humble boy band. Recently, they were nominated for a Grammy in 2021 for their record-breaking song – Dynamite in the Best Pop/Duo Performance category. Though they didn’t win an award, they were the first-ever idol group in the world to ever receive a Grammy nomination. Fans are hopeful that we will see them win an award very soon.

Grammy or not, BTS has already changed the world to a very large extent with their music and soulful lyrics. Their songs have not only broken records but also societal stereotypes by addressing issues that are not usually spoken about in the mainstream East-Asian society. Their songs about mental health struggles as a small artist, and the problems of growing up have helped countless people all across the world lead better lives. It is no wonder why the band is so fiercely loved and protected by their fans. We are very excited to see what comes next for BTS.