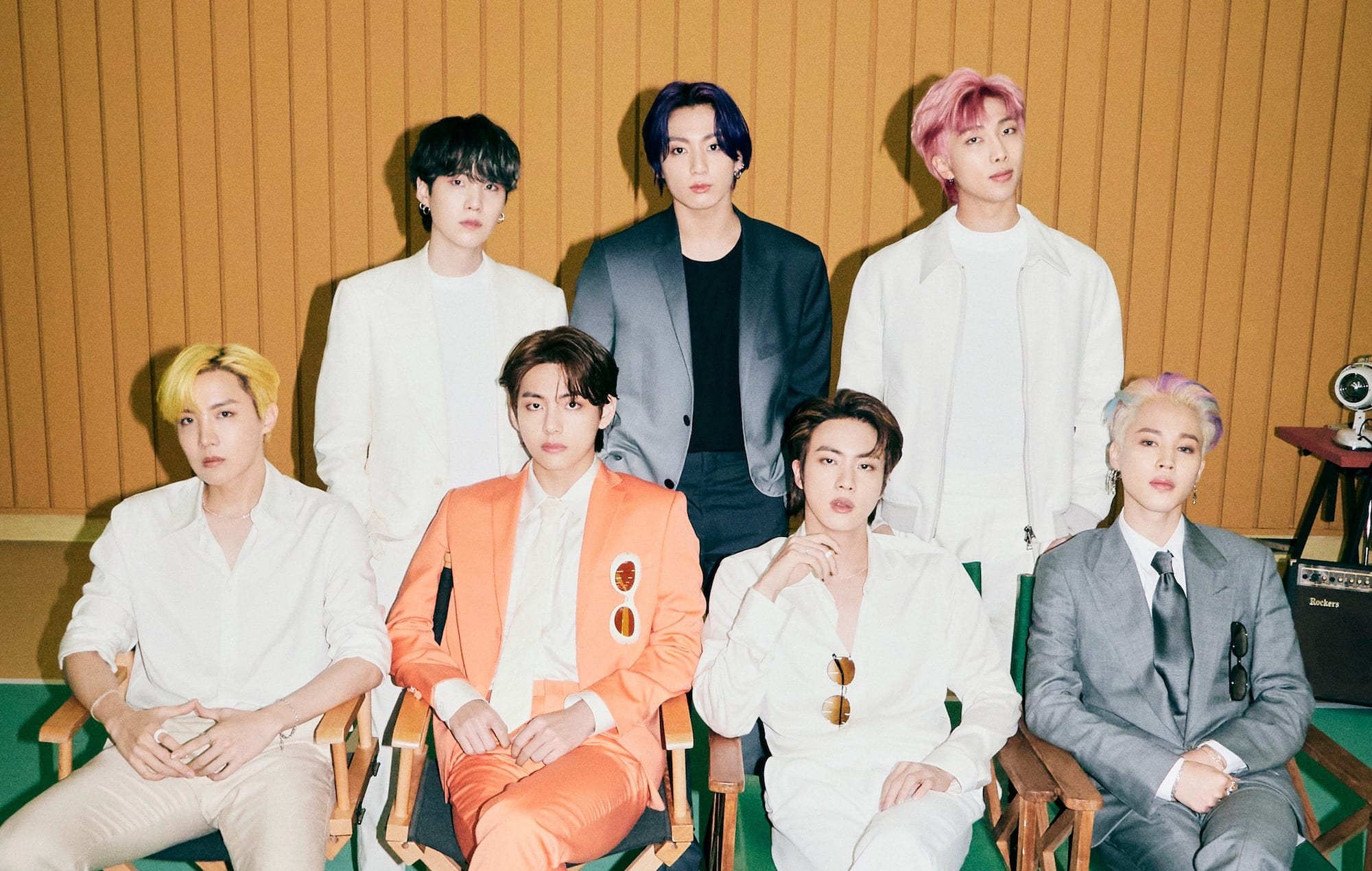 If you know BTS then you know that their stage presence is phenomenal and otherworldly. Fans and even artists who have attended BTS’s concerts say that it is heaven on earth. As fans sleeplessly anticipate their much-awaited comeback BTS has surprised us with another powerful performance. In this article, we will be taking you through the highlights of the BTS LotteDuty Free 31st Family Concert so that you can fangirl over the boy’s performances yet again.

Lotte Duty Free Family Concerts have been a cherished event by the K-pop fandom ever since 2006. The event showcases Korean-pop culture by roping in some of the biggest idols of the industry. Lotte Duty Free Family Concerts are highly popular both in Korea and around the globe. Moreover, they have been holding online concerts since the year 2020 due to the Covid-19 pandemic. Although the concerts are virtual the experience is no less than a real concert.

This year, Lotte Duty Free 31st Family Concerts will be highlighting the importance of conservation of the environment. The event will be highlighting Lotte Duy Free’s ESG mission which stands for Environmental, Social, and Governance. The concert had a slogan that emphasized environmental protection and encouraged the audience to go green ”Meet the Green Vibes get the Duty-free life”. Moreover, the concert claimed to be a healing experience for people around the world. This was highly appreciated as everyone is stressed in light of the pandemic.

The concerts held by Lotte Duty Free are a banger and fans wait for it every year. The lineup has some of the most influential idols. Fans of all idols tune in to watch their favorite idols perform.

This year, Lotte Duty Free 31st Family Concert was available in six languages. Korean, English, Simplified Chinese, Traditional Chinese, and Vietnamese subtitles were available. The concert promised viewers an ethereal experience and definitely lived up to the expectations. Lotte Duty-Free joined hands with CJ ENM to use enhance the viewer’s experience. . The use of the latest and AR( Augmented Reality) and XR ( Extended Reality) truly made the fans feel like they were at a live concert. More than 2 million people tuned in this time to watch the Lotte Duty Free Family Concert. The massive online concert took place on May 16. 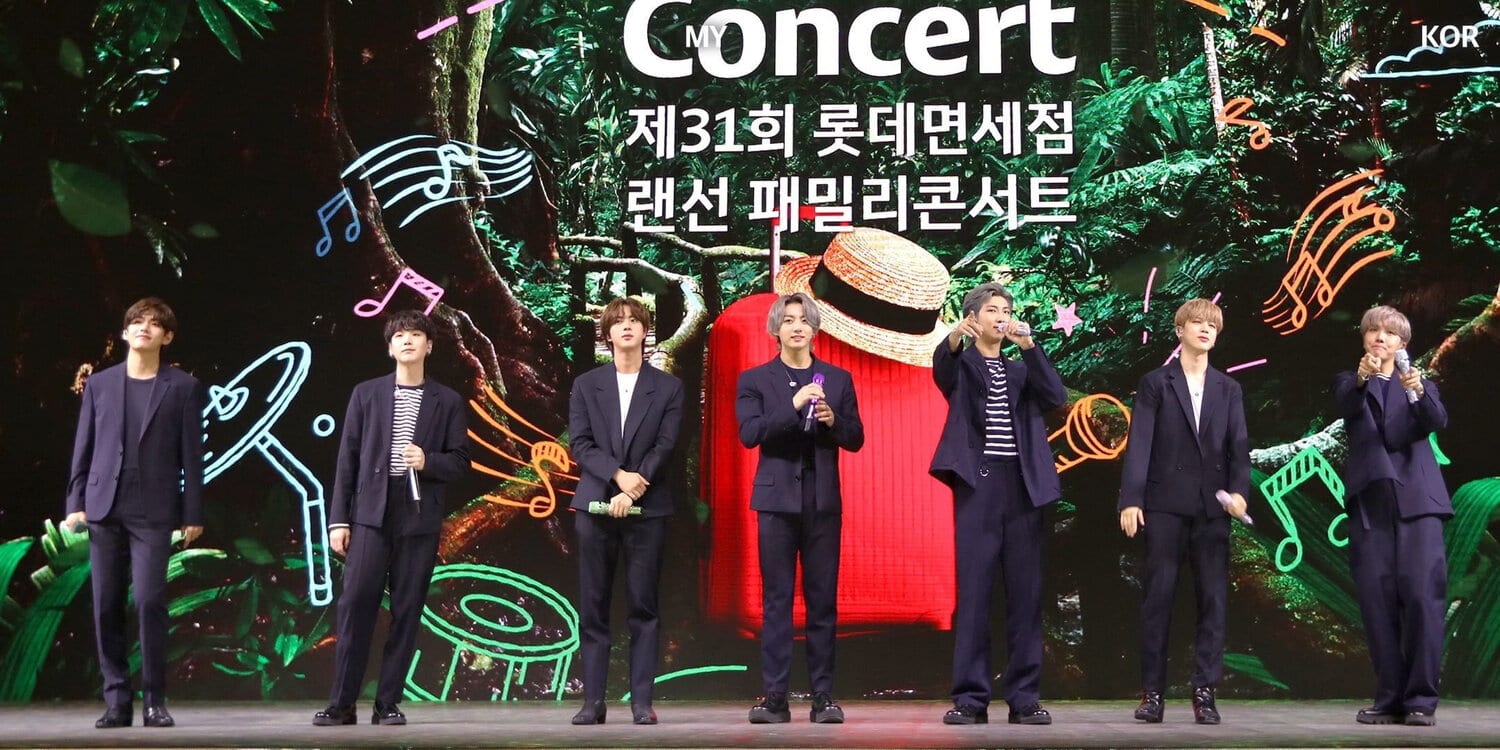 Furthermore, BTS is having a comeback this 21st May with ”Butter”. Although the wait is unbearable for BTS fans or ARMY, the LOTTE performance provided some aid. The boys have always looked dashing in performances. This year they followed a black and white dressing theme. The classy suits on our already handsome BTS boys was definitely a sight to marvel at. The first song on the list was ” Life Goes On”. The boys sang the soulful song in their melodious voices. Fans say that ‘Life Goes On’ is a song that calms their stress and helps them in such hard times which was the first goal of the concert. The boys were looking well-rested and healthy which made the fans really happy. Furthermore, BTS performed Life Goes On, Telepathy, and Dynamite. 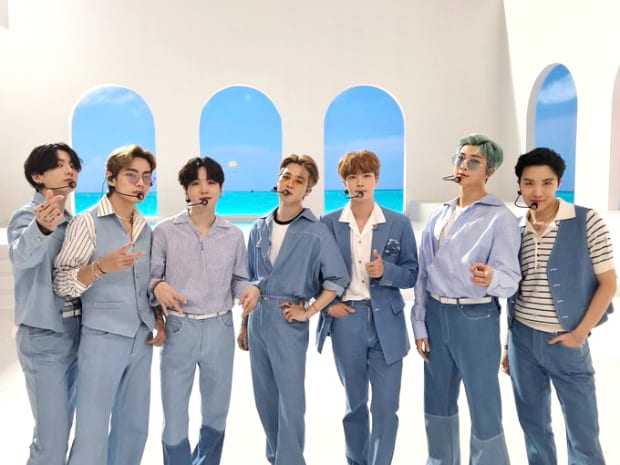 BTS interacted with their fans in between performances like they usually do in their live concerts. RM initiated the interaction by asking fans how they were doing and said that he is thrilled to be performing. Moreover, RM said that BTS is happy to have been friends with LOTTE Concerts for five years now. Next, our charming and worldwide handsome Jin talked about how LOTTE Duty Free Family Concerts are being held online since last year which is nice as more people get to enjoy. Our cute Jimin talked about how it’s heartbreaking that they can’t see fans in person. V joined in saying that he missed ARMY a lot and is counting the days till they are able to perform in front of their eyes.

SUGA talked about LOTTE’s Duty 4 Earth Campaign and how it is a great initiative and everyone should join in. Our hope Jhop talked about how it’s important to love both plants and animals and create a coexisting healthy environment. Jungkook talked about the initiative taken by LOTTE to reduce pollution. After a fun-filled performance of Telepathy BTS talked to their fans again. Suga said that performing for ARMY’s even if it was online made his day and he hopes that he was able to provide some solace to others. BTS asked the fans to stay healthy and happy and promised to come back stronger. They thanked the fans for tuning in for their performances.