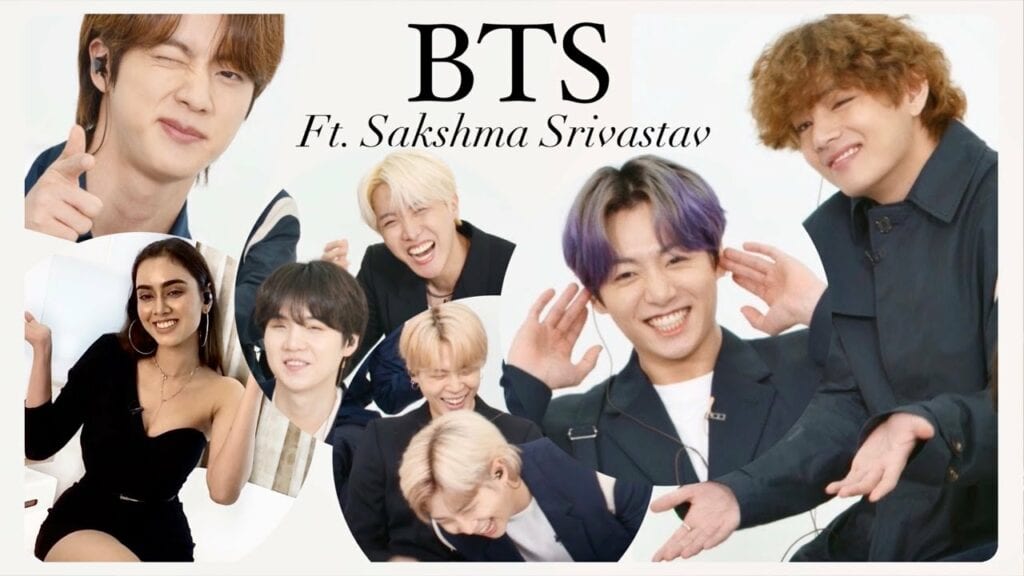 The Indian Armys were impatiently waiting for the BTS India Interview and it finally happened. The Kpop sensation sat with Sakshama Srivastav and had a fun interaction. The seven members- RM, Jin, Suga, Jhope, V, Jimin, and Jungkook- answered multiple questions and made sure to flutter Armys hearts. The interview was live on Youtube. Also, it was telecasted on 5-6 Indian news channels. Undoubtedly, the interview was a great surprise and gift to all the Indian Armys.

BTS Indian Interview went live on Zoom’s Youtube channel at 2:30 pm (IST), and the number of viewers kept on increasing. It’s no surprise that BTS really rules hearts. The interview was filled with laughter, chaos, and some fun moments. BTS’s Leader RM also gave us a hint on when they will have an interview in India. The seven members begin by introducing themselves followed by a “Namaste.” They talked about personal difficulties, music, and fans during the interview. Moreover, in the end, the interviewer also asked them to say a sentence in Hindi.

Now, social media is filled with memes and thousands of posts about the interview. The Indian Fans are definitely dominating social media with their posts about how happy they are. RM’s message to all the COVID survivors and victims also impressed the Armys. He asked people to stay strong and was proud of Indian Armys, who managed to raise 2 million (Indian Rupees) for the COVID Victims in 24 hours.

The 18-minute interview was wholesome. The septet answered one question each. Some made them look back at their past, wholesome questions made them shy. Like Jungkook’s ear turning red shy. The interviewer asked Jin if he ever feels that his “worldwide handsomeness” overshadows the fact that he is an amazing musician and singer. To this, Jin said that his beauty is like the food used to garnish the main dish. Moreover, he believes that his handsomeness does not overshadow his talents.

About writing songs on their emotional pasts and difficulties, Suga shared that it gives them a reason to feel thankful. Rapper and producer Suga said that he feels that the past allows them to tell various stories, which eventually encourage Armys. 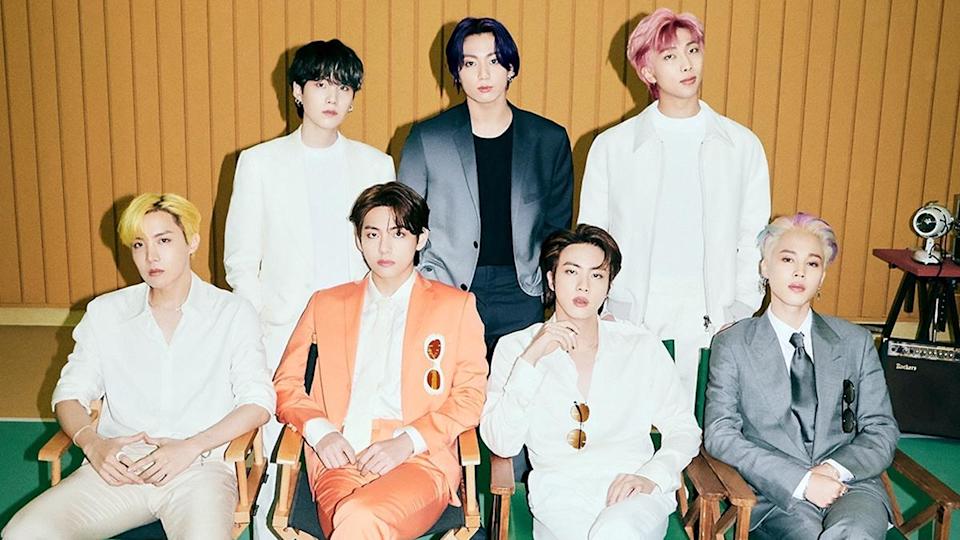 J-hope answered about BTS’s next biggest dream and goal. He said that they do not have a certain “goal.” Rather, he believes that they all are doing what they enjoy, and everything else is aligned, like destiny. In the future, they want to do their best.

RM answered how they decide and work on different genres. The interviewer asked about how they redesign the genres every time and if it is an easy take. RM said that it’s never easy. However, because the fans expect something new -from hair colors to performances- they do their best under pressure. Moreover, they are one of the few artists who produce music (almost 2 albums a year) frequently. Hence, it just goes smoothly, without thinking much.

The BTS MAkne Line was extra cheery and goofy at the interview. Jimin made sure to crack secret jokes with RM. Meanwhile, V (Taehyung) and Jungkook were extra shy.

Jimin said that they surely need to be cautious while speaking on screen. But, at the same time, it makes him happy that many people listen to BTS and get influenced. This makes him interact with them more to give a positive impact.

The interviewer asked V about his voice and how much he worked on it. After taking a long 5-second pause, V shared how his vocal singer told him that he is not at singing in the beginning. But, now he has mastered his voice and turned it into an advantage. 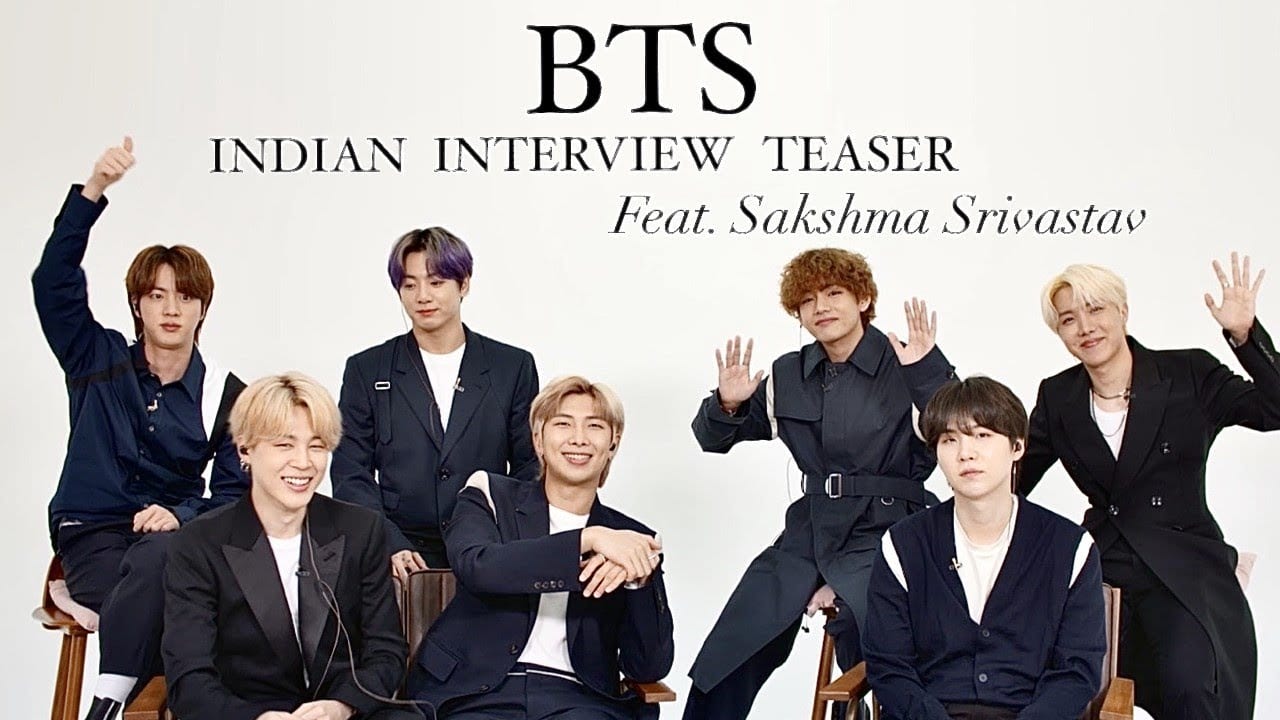 Lastly, Jungkook was questioned. Jungkook answered about the valuable things he keeps with himself even after years of debut. The golden makne (youngest) replied and said that there is not just “one” thing. He thinks that the people around him influenced him for good, especially the members.

Additionally, they were asked about how they turn up on the set after an emotional and exhausting day. Jin answered the question by saying that Army will feel half-hearted if they will not give their best. Thus, there always do their best because Armys are watching.

In the end, they all said, “Indian BTS Army, you stay in our hearts” in Hindi. They all practiced for a good 10 seconds and delivered the sentence making all Indian Armys happy.

You can watch the complete interview from Zoom’s Youtube channel below.